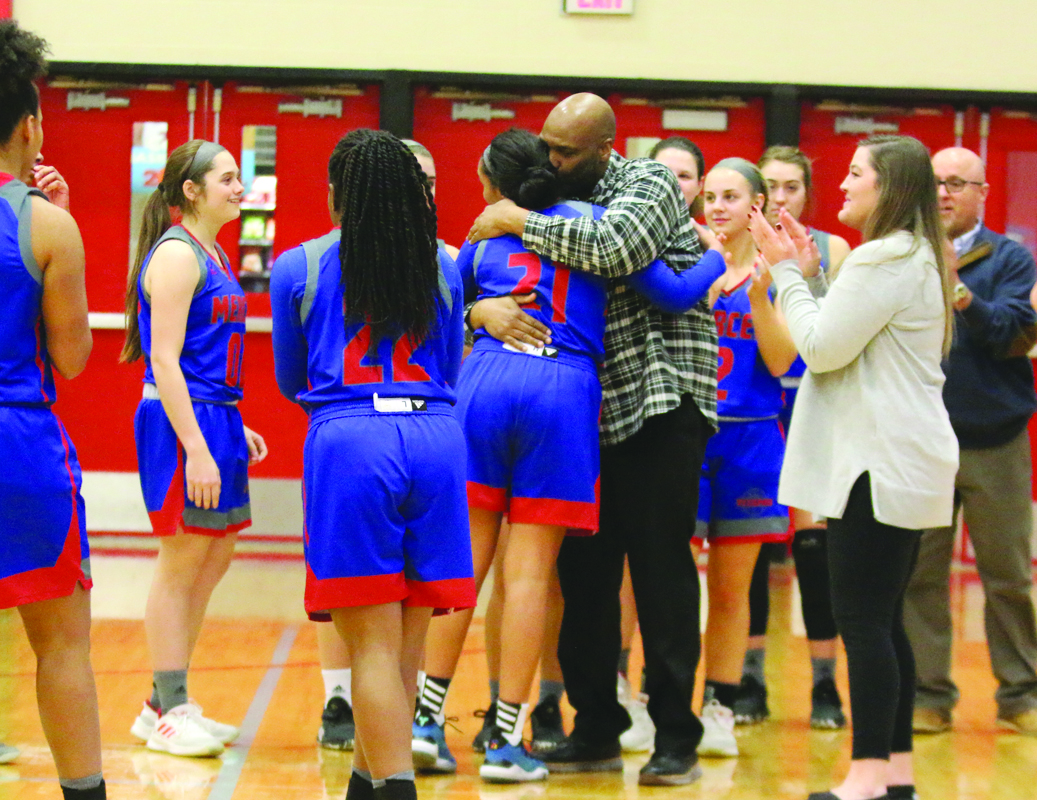 A special moment was captured between Lewis (21) and her father, Keith Lewis, after scoring her 1,000th career point. (photo by Pam Merchant)

Before the season, Mercer County Lady Titans Head Coach Hayley Spivey talked about her players setting individual and team goals, and although basketball is a team game, individual accomplishments should be celebrated.

Senior Channing Lewis, who is averaging 16 points and 7 rebounds per game, scored 13 points and hauled in nine rebounds en route to scoring her 1,000th career point as a Lady Titan in a 75-39 win over West Jessamine on Tuesday, Jan. 28.

Lewis has had a decorated high school career that still has a long way to go. She is a two-time state champion, three-time 46th District champion and two-time 12th Region champion.

Last week, after Lewis shined in the 2A State Tournament, earning all-tournament team honors, Spivey talked about Lewis’ growth and her leadership.

“Channing has been the leader our team needed her to be this season,” she said. “She brings a lot of energy on the court and she has been a very important part in our success so far this season. She has a very bright future.”

That she does. Before the season, Lewis committed to the University of the Cumberlands to pursue an athletic and academic career.

“The coaching staff and players were so welcoming. When I went to a practice and it started with prayer, I knew this was the place I wanted to call home for the next four years.”

Since moving to the 12th Region at the start of the 2005-2006 season, the Colts have yet to top the Lady Titans, going 0-26 against them during that time.

The Lady Titans will be back on the court against Wayne County on Saturday, Feb. 1, as Lewis attempts to lead her team during the last stretch of the season. Mercer County has seven games remaining in the regular season before district play begins. 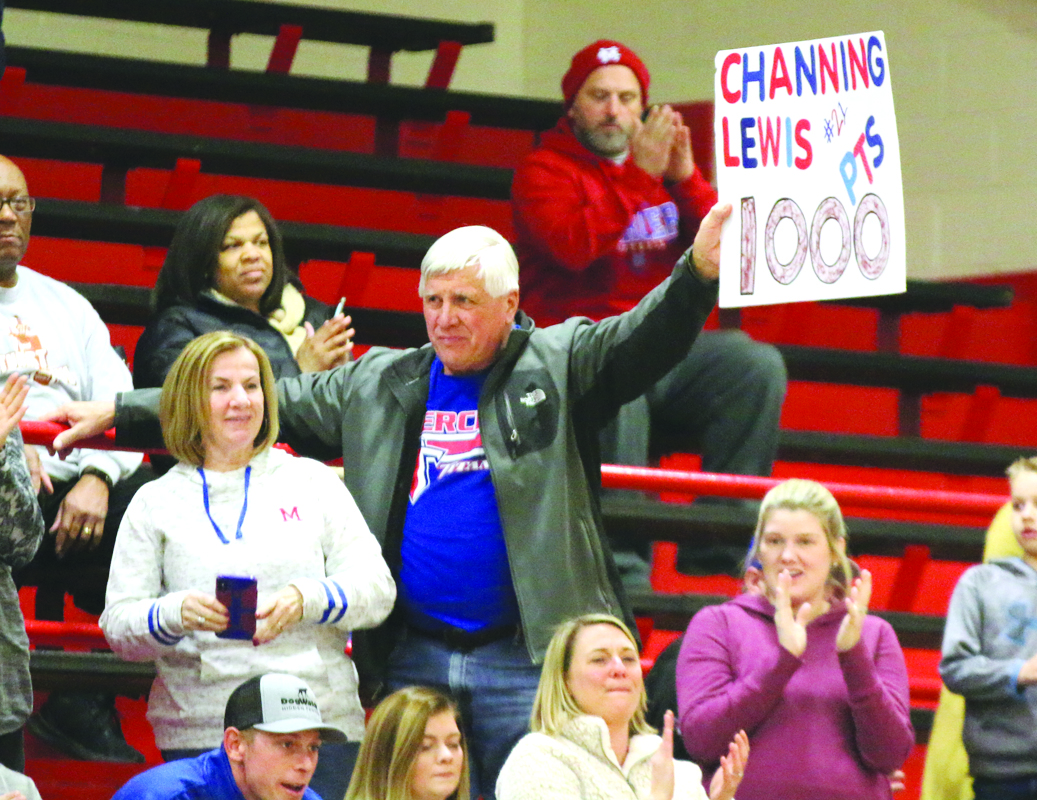 Lewis’ grandparents, Norma and David Wade, are filled with emotion and supported their granddaughter after she scored her 1,000th point. (photo by Pam Merchant) 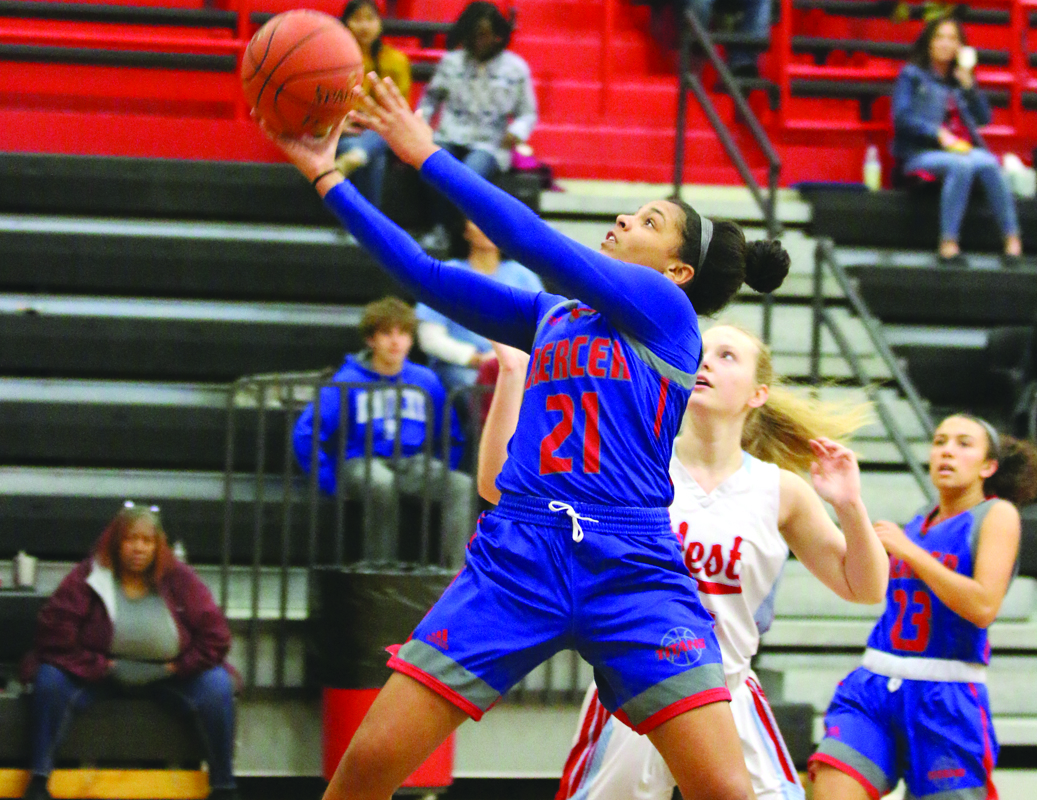 Lewis drives to the basket for two of her 13 points in a win over the Colts. (photo by Pam Merchant)