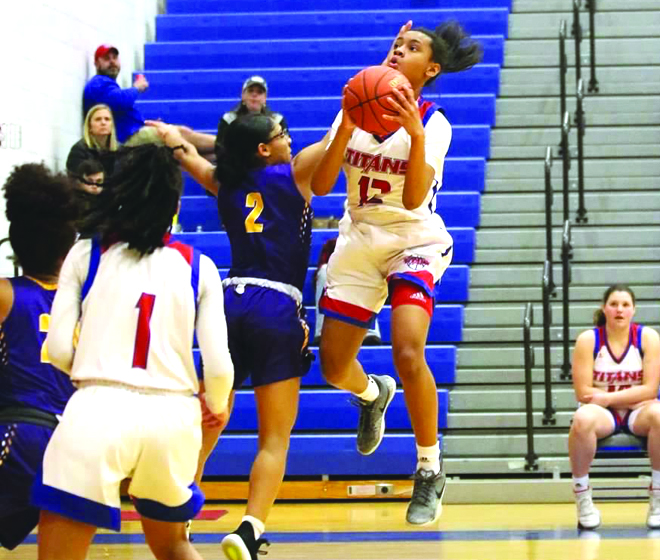 Mercer County freshman Timberlynn Yeast (12) drives in for two of her game high 22 points against Male on Friday, Jan. 24. (photo by Pam Merchant)

After falling in the 2A State Championship game last weekend, the Lady Titans (14-5) had four days of no games to prepare for a big matchup against Male (11-7) on Friday, Jan. 24.

They used that rest to their advantage in a 66-53 victory over the Lady Bulldogs.

“I was a little nervous about having almost a week off, but I think it ended up being good for us. We looked a little off, but I thought we had some energy,” said Head Coach Hayley Spivey. “It gave me a chance to give the girls a day off and get their legs back under them after the 2A State Tournament. Three games in three days is tough, so I think it was good for them.”

Freshman Timberlynn Yeast and senior Channing Lewis were the top performers and only Lady Titans in double figures. Yeast and Lewis set the tone for the Lady Titans and have brought a ton of energy each time on the floor.

“Timberlynn (Yeast) and Channing (Lewis) were very active. You can tell by the stat sheet. The most impressive thing, for me, was how active they were on both ends of the floor,” said Spivey.

Mercer County held a 25-18 lead after the first quarter that later extended to a nine point lead at the half.

After leading by 14 at the end of the third quarter, the Lady Titans cruised to a 13-point win and their 15th win of the season.

The Lady Titans will be back on the court on Saturday, Feb. 1, as they travel to take on the Wayne County Lady Cardinals at 3:30 p.m. 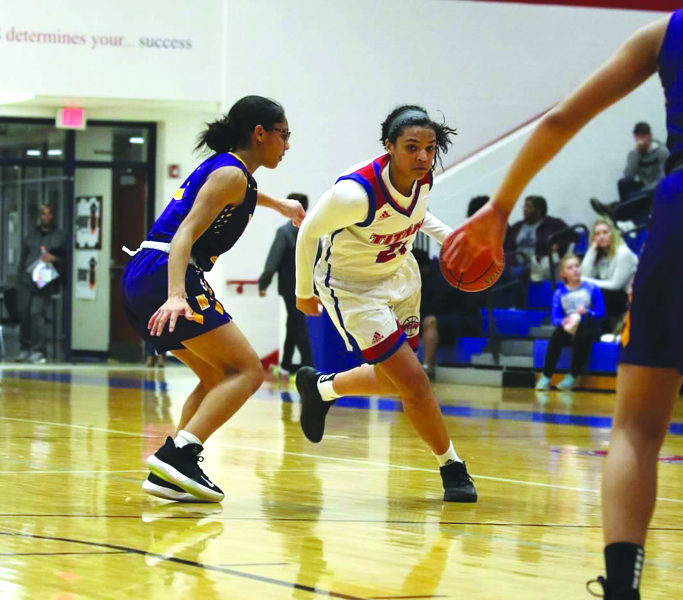 Mercer County senior Channing Lewis drives by her opponent against Male on Friday, Jan. 24. Lewis had 20 points, 11 rebounds and seven assists in a win over the Lady Bulldogs. (photo by Pam Merchant) 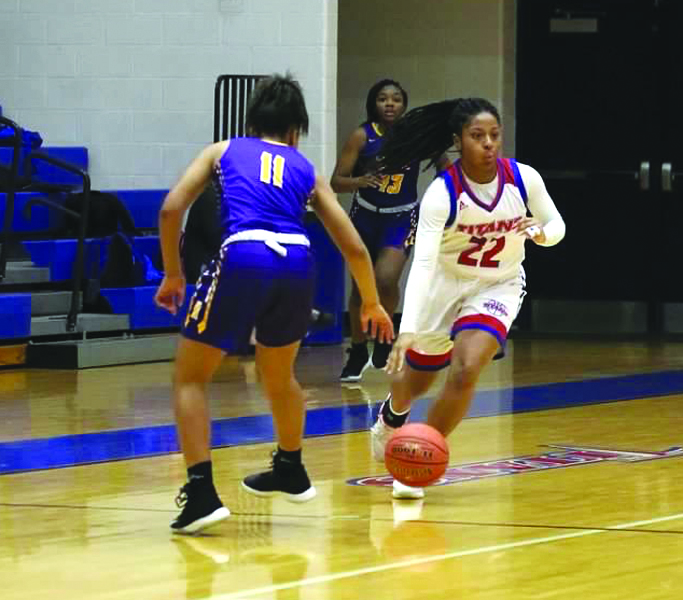 Mercer County senior Calicia Smith gets the rebound and heads up court against Male on Friday, Jan. 24. Smith scored two points in the Lady Titans’ 66-53 victory over the Lady Bulldogs. (photo by Pam Merchant)