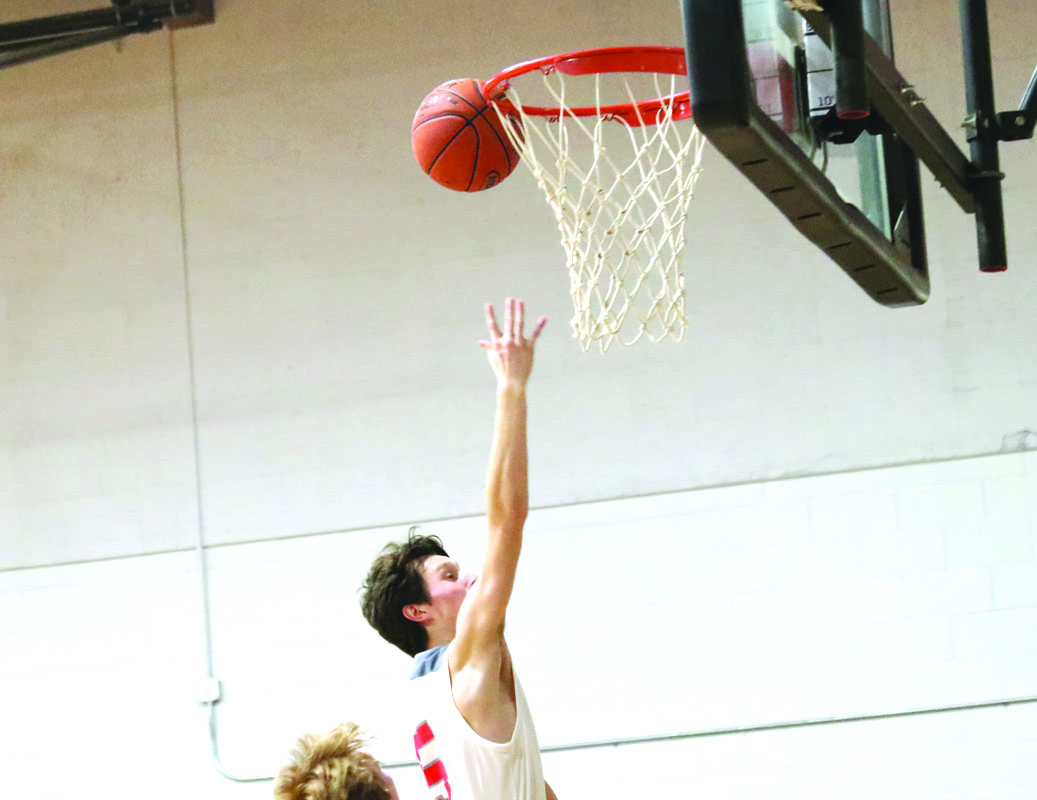 Burgin sophomore Evan May drives to the lane for two points against Somerset on Thursday, Jan. 16. (photo by Arpan Dixit)

The Burgin Bulldogs (1-14) and Lady Bulldogs (4-8) were served the tall task of taking down the Somerset Briar Jumpers (15-2) and Lady Jumpers (8-10) in the semifinal round of the 12th Region All “A” Classic at Burgin Independent School on Thursday, Jan. 16.

Below is a recap of both games.

After a three game winning streak, the Lady Bulldogs have dropped their last four contests, including their latest 54-13 loss to the Lady Jumpers.

Somerset controlled the game from the tip, scoring the game’s first 11 points before Burgin was forced to call a timeout. Somerset held a 23-5 lead after the first quarter and a 43-8 lead at the half.

Junior Hannah Stewart led Burgin at the half with three points. She ended up with a team high six points.

Somerset led 49-10 and were in cruise control the rest of the way.

“We talked about  after the game how strong and athletic they (Somerset) were and that it didn’t happen overnight. They worked for it,” said Head Coach Keith Monson. “We talked after the game about dedication, lifting weights and summer ball if we want to start competing.”

Monson said he was disappointed in his team’s effort.

“I told them we have the same amount of possessions as our opponents and we need to make every one count,” said Monson. “We had way too many turnovers. We work on drills to improve our ball handling, catching and passing but we need to increase our intensity a lot in both practice and games. I really don’t think we could have played much worse than we did.”

The Lady Bulldogs will be back on the court on Saturday, Jan. 25, when they travel to take on Lynn Camp at 3 p.m.

Burgin was up against a Somerset team that won 15 out of their first 17 games, including six in a row. That streak extended to seven after a 69-33 Briar Jumper victory.

Senior Wesley Tyler was the top Bulldog with 12 points.

Just like in the previous game between the Lady Bulldogs and Somerset, the game was controlled by the Briar Jumpers from the tip.

Somerset opened the game on an 11-0 run after six points from Kaiya Sheron and three points from Grundy.

“Our effort was better but we need to work on our execution,” said Head Coach Troy Lee Thomas. “I’ve seen progress every game but we need to develop some more consistency.” 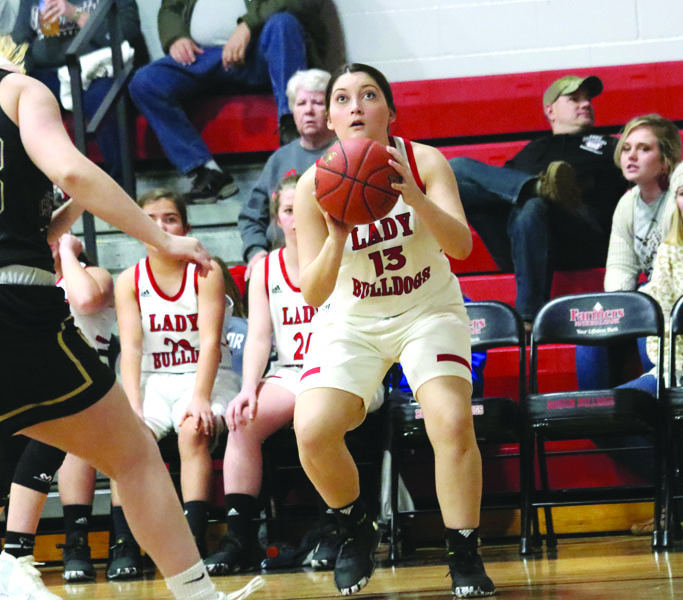 Burgin senior Julia Arnett spots up for an open three pointer against Somerset in the 12th Region All “A” Classic on Thursday, Jan. 16. (photo by Arpan Dixit)