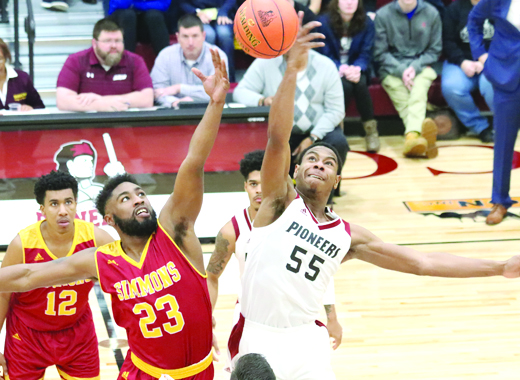 It was a historic day on the campus of Campbellsville University-Harrodsburg, as they opened their new state of the art athletic complex off of Legion Drive behind Kroger.

Not only did the new facility open their doors on Friday, Jan. 10, the men’s basketball team took on Simmons College in the first ever game inside the complex.

The Simmons College Falcons spoiled the day, defeating the Pioneers 66-64 in the final moments of the game.

“First off, it’s been my favorite game we’ve played in this year,” said Head Coach Austin Sparrow. “We competed for 40 minutes tonight. Towards the end of the game, we needed a spark, and the fans were there for us. They started that spark and our guys responded. We’re a couple possessions away from pulling that one out and a lot of wins in the future. This team is definitely battle tested.”

This game marks the fifth game the Pioneers have lost this year in single digits.

“This team is learning, and I know that tomorrow, the next day and next year we’re going to be able to put things together and get better,” said Sparrow.

Sophomore Tyrese Duncan led the Pioneers in scoring with 17 points, hitting 5-of-9 from beyond the arc.

Jonathan Henry led the Falcons with a game-high 22 points.

The Pioneers got off to a quick 7-2 start off of the opening lay-in by freshman Jamal Weaver, a jumper by freshman Anthony Ward and a triple by junior Devin Baker.

With just under seven minutes remaining in the first half, Tyrese Duncan’s six points off two triples gave the Pioneers a 25-21 lead. Simmons College ended the half on a 16-7 run, much to the delight of their head coach, Jerry Eaves, who won a national championship with the University of Louisville in 1983.

With just under 12 minutes to play, Tyrese Duncan’s triple tied the game at 51 after the Falcons jumped out to a 51-44 lead after Montell Little’s free throws.

Baker’s jumper gave the Pioneers a 53-51 lead with 11 minutes remaining, but Little sank two more free throws to tie it.

The Pioneers scored the next four points off a lay in by Weaver and Jaheim Mullins, who didn’t check in until the second half. After the Falcons cut the Pioneers lead to one, 59-58, Tyrese Duncan hit another triple to extend the lead to four points with just under five minutes remaining, but Simmons answered, going on a 5-0 run spear headed by Henry and Little.

After sophomore Shadarno Clarke tied the game on an offensive rebound put back with 25 seconds remaining, Eaves called timeout and set up one last play.

The ball was in their leading scorer, Henry’s hands, and he was able to drive to the lane and get fouled, sinking both free throws with four seconds to play.

The Pioneers had to go the length of the court to score. The ball was in-bounded to Weaver, who took a couple dribbles near half court, but missed the shot for the win.

“That team is very seasoned. Both their best players are 5th-year seniors, Jonathan Henry and Montell Little, and those guys have been playing college ball for a while and it’s just about getting our guys the experience,” said Sparrow. “We don’t have a senior on the team right now and I think that the more games we play in like this, the better we are in the future. They (Simmons) used that experience and they weren’t rattled. It was a heck of an environment to play in tonight, they stayed calm and continued to execute and that’s what I hope our team gets out of this.”

The Pioneers will be back on the hardwood on Friday, Jan. 17, when they host Great Lakes Christian at 7 p.m. 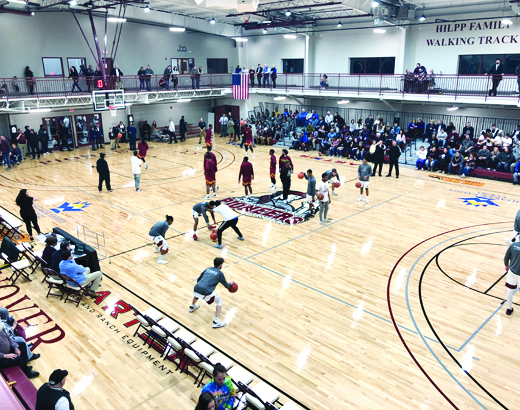 The CU-Harrodsburg men’s basketball team prepares for the first ever game in the new athletic complex. (photo by Arpan Dixit) 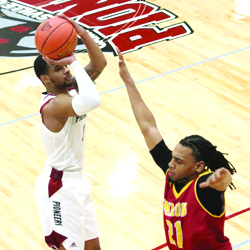 Tyrese Duncan elevates and shoots over a Simmons College defender for one of his five triples. (photo by Arpan Dixit) 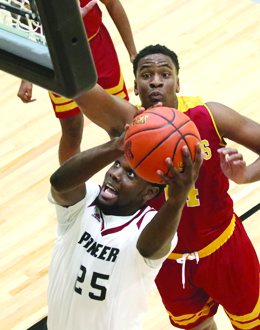 CUH sophomore Shadarno Clarke battles on the boards for an offensive rebound put back. (photo by Arpan Dixit) 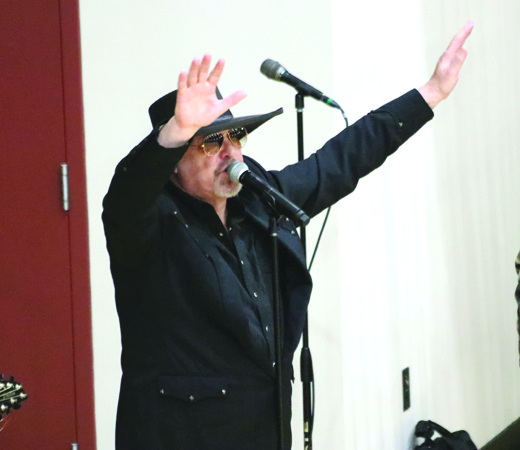 Harrodsburg native and country music star Eddie Montgomery began the night with a small concert and was urging the crowd to make noise during his performance. (photo by Arpan Dixit)