A. Drakeford and T. Yeast named players of the game 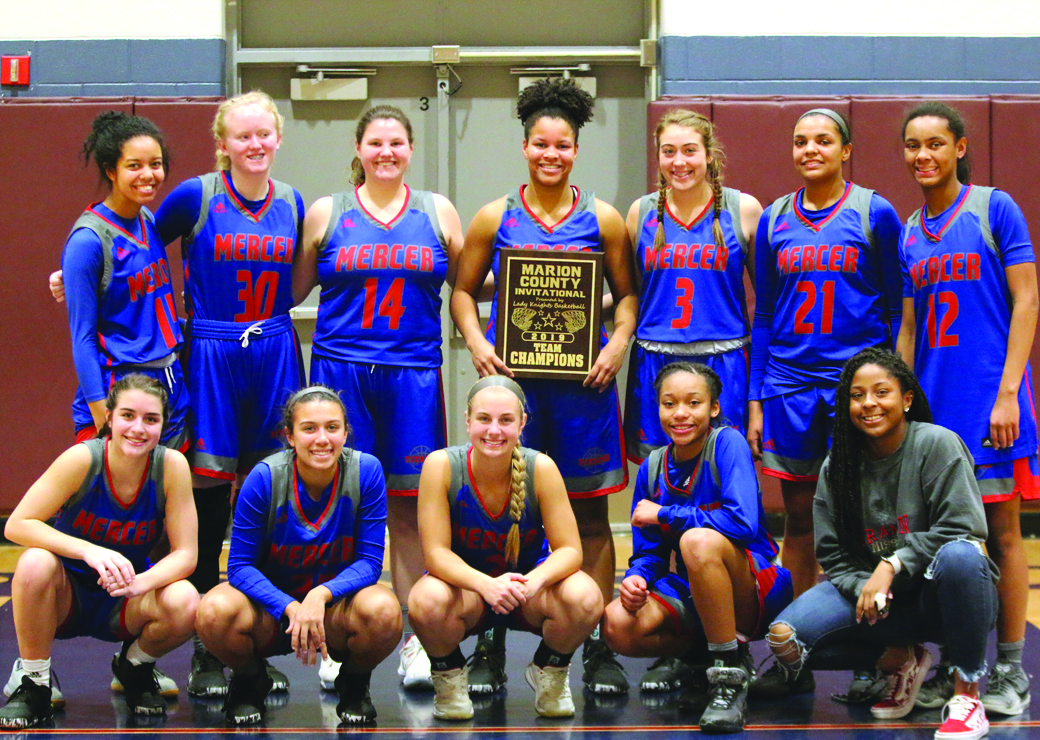 The Mercer County Lady Titans are pictured with the championship trophy from the Marion County Lady Knights Classic. (photo by Pam Merchant)

The Mercer County Lady Titans have started off the 2019-2020 season strong, winning nine out of their first 12 games to hold the second best record in the 12th Region.

Most recently, they competed in the Marion County Lady Knight Classic at Marion County High School from Friday through Saturday, Dec. 27-28, and swept through competition.

They defeated Spencer County and Marion County to claim the tournament championship.

“I think it was good to just come off the tough Myrtle Beach tournament and have some days off due to Christmas break to be able to compete and get the job done,” said Head Coach Hayley Spivey. “They responded well and we were ready to go.”

Here is a recap of their two games.

After ending their Myrtle Beach trip with a loss, the Lady Titans rebounded with a convincing 70-37 victory over the Lady Bears.

Freshman Timberlynn Yeast was the top scorer for Mercer County with 23 points. She also added eight rebounds, four assists and three steals. Freshman Anna Drakeford, who was named player of the game, scored 14 points to go with four assists. She was also perfect from beyond the arc, going 3-for-3 to lead the team.

Senior Channing Lewis, who along with Drakeford and Yeast, fills up the stat sheet. She scored 13 points, grabbed six rebounds, fought for three steals and also had four assists.

“Channing (Lewis) has been that senior leader for us all year and she continues to be a very important player for us,” said Spivey.

Freshman Lindsay Jessie has been a bright spot for the Lady Titans in the paint. She scored eight points and grabbed  four rebounds during her time on the court.

Against the hosts, the Lady Knights, Mercer County pulled off a close 48-44 win to earn their ninth win of the season.

Drakeford was the top scorer with 15 points to go along with two rebounds and a steal.

Timberlynn Yeast was named player of the game, scoring 14 points to go with 10 rebounds and three steals.

Mays was the third and last Lady Titan in double-figures with 10 points.

Lewis pitched in eight points and a team-high three assists.

Despite winning the tournament, Spivey sees a lot of room for improvement.

“We still have a lot of work to do,” she said. “We are competing and the girls are buying in. We just have to eliminate unforced mistakes and fine tune some things defensively and offensively, but we are headed in the right direction.”

The Lady Titans will be back on the court today, Thursday, Jan. 9, when they host the Garrard County Lady Lions for a 12th Region matchup at 6 p.m., in the first round of the 2A Classic. 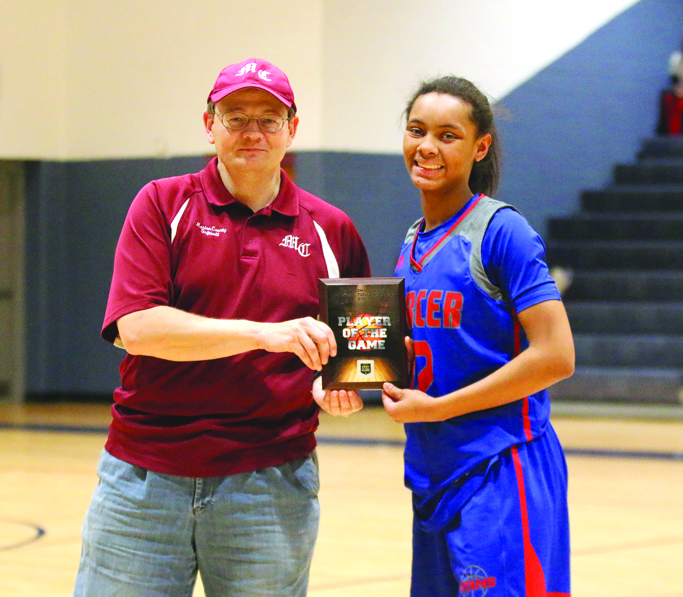 Mercer County freshman Timberlynn Yeast earned Player of the Game honors after her performance in the Lady Knight Classic. (photo by Pam Merchant) 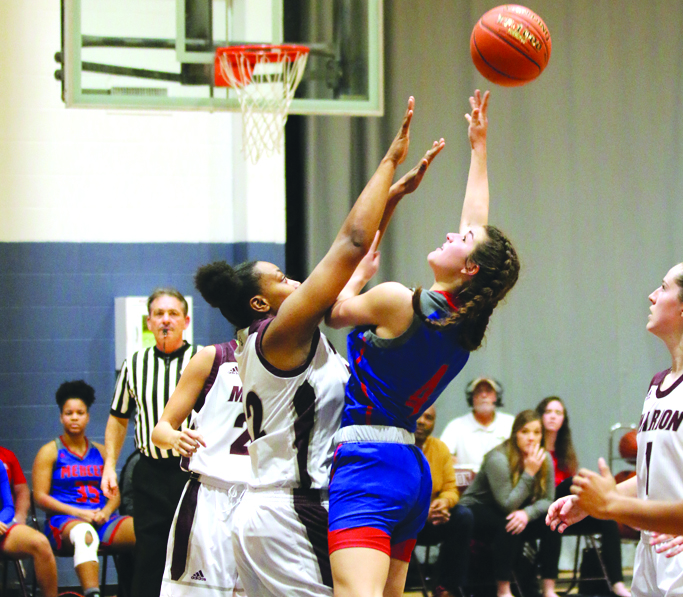