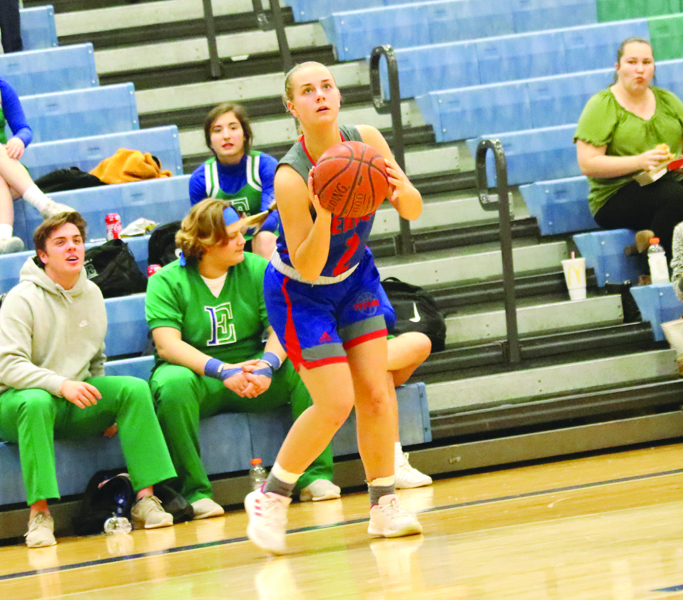 It’s been a long time since the East Jessamine Lady Jaguars (6-8) defeated the Mercer County Lady Titans (10-3) on the basketball court. You’ll have to go back a little over a decade, in 2008, was the last time the Lady Jags took down the Lady Titans.

Fast-forward 12 years and the Lady Titans have won their 26th consecutive game over East Jessamine, most recently in a 72-31 contest on Friday, Jan. 3.

Mercer County did not get off to a great start. East Jessamine came out as the aggressor, but Lewis was the bright spot for the Lady Titans in the first quarter and much of the first half.

“That’s just part of being a senior leader. Sometimes in games where you’re struggling, you just have to take over and that’s what she did,” said Head Coach Hayley Spivey. “She only missed two free throws. She had a pretty good stat sheet. For her to be able to take over like that was good.”

The Lady Titans needed every bit of Lewis’ eight points in the first quarter as Mercer County held a 14-12 lead.

The second quarter started off like the first for both teams, but Mercer County kicked into another gear with just under four minutes remaining in the half.

Lewis scored 15 points at halftime and freshman Lindsay Jessie came in and  made an impact with four points, two rebounds and two steals right off the bat. Jessie finished with eight points, six rebounds, three assists and five steals.

“She had a lot of energy. The thing that impressed me the most was her defense with five steals,” said Spivey. “We’re looking for her to do that. We really want her to get to the point where she is a really productive player for us down the stretch and she’s starting to show us that.”

Senior Ariyana Rhodes hit her first triple of the game as time expired to end the first half. The Lady Titans took a 32-16 lead into the locker room, ending the second quarter on an 18-4 run.

Mercer County’s leading scorer, freshman Timberlynn Yeast, was mostly held in check in the first half, but battled for a strong second half. She finished with 10 points, six rebounds and three assists.

Freshman Anna Drakeford scored all nine of her points in the second half and kick-started a huge Lady Titan run in the third. She scored the first five points of the half and played stingy defense all game.

Junior Stevie Shepherd hit her first triple to give the Lady Titans a 44-18 lead with four minutes left in the third and Mercer County was in cruise control from then on out.

“We talked to the girls about being mentally ready to play especially when you have that type of streak against a team,” said Spivey. “You never want to underestimate your opponent. East has a super athletic team and gave us trouble to start the game. We underestimated them and weren’t ready to go at the beginning. We have to take every game serious and a district game is always important.”

Eighth grader Sara Dunn showed off her shooting ability, knocking down two three pointers from the corner. Freshman Lauren Bordeax and sophomore Jersey McGinnis each hit a triple as well.

Mercer County will be back on the hardwood on Thursday, Jan. 9, when they host Garrard County at 6 p.m., in the 2A Classic. 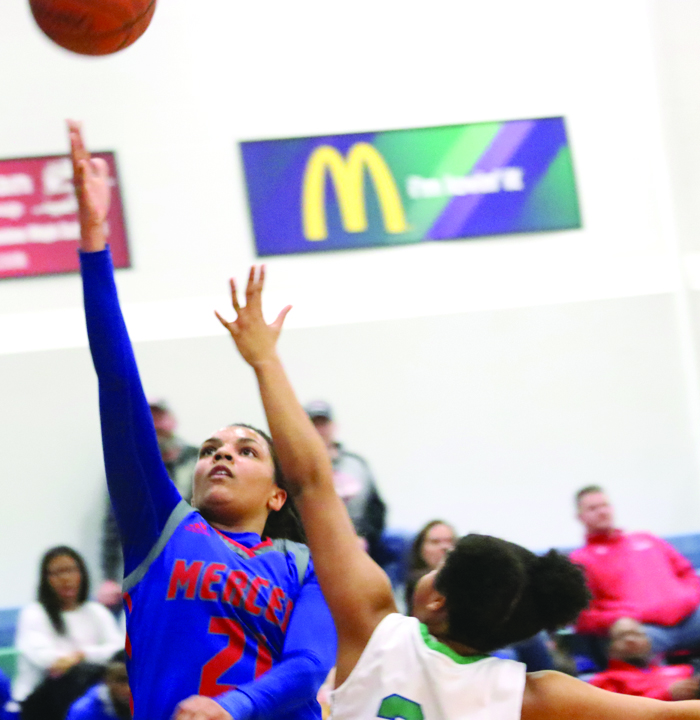 Mercer County senior Channing Lewis drives to the hoop on a fast break for two of her game-high 21 points against East Jessamine on Friday, Jan. 3. The Lady Titans def. East 72-31. (photo by Arpan Dixit)