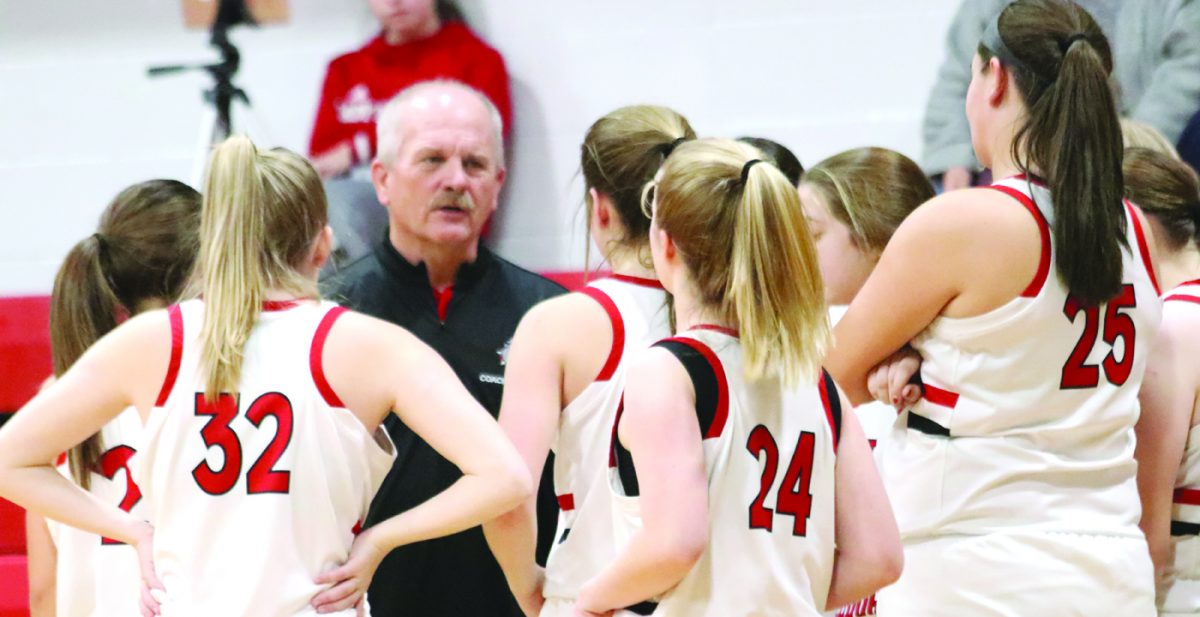 Burgin Lady Bulldogs Head Coach Keith Monson talks to his team during a timeout against the Model Lady Patriots on Monday, Jan. 6. Burgin has started off the 2019-2020 season winning four out of their first nine game, including a three game winning, their first such streak since 2013. (photo by Arpan Dixit)

After ending the 2019 calendar year with three straight wins, their first three game win streak since January of 2013, the Burgin Lady Bulldogs  (4-5) dropped their first game of 2020 in a 64-38 contest against the Model Lady Patriots (11-1) on Monday, Jan. 6, at Burgin Independent School.

Eighth grader Avery Gray, who leads Burgin in scoring (10 PPG) and rebounding (10 RPG), scored a team high 12 points and was tied for the team lead in rebounds with five. Gray was the only Lady Bulldog in double figure scoring.

McKenna Tuttle and Keaton Hall each at 13 points to lead the Lady Patriots.

“We didn’t come out with a lot of energy to start the game. We only played in spurts. I blew a fuse at halftime,” said Head Coach Keith Monson.

The Lady Bulldogs trailed big at halftime, 41-13, but put up a valiant effort in the second half.

They outscored the Patriots 21-14 in the final period, something Monson said his team can build off of.

“They came out and responded in the second half. I thought Avery (Gray) took the game over there for a little bit ,” said Monson. “She had an awesome game again. I told our team that we just have to play 110-percent. I was pleased with our second half response. We didn’t quit.

Freshman Baleigh Turner has a season high in assists with six. Monson said he wanted Turner to get more involved in facilitating the offense.

“She (Turner) has been doing a really good job in practice, handling the ball and shooting better too,” said Monson. “She made some nice passes, the girls are getting open and they are responding to that.”

The Lady Bulldogs struggled with possession, turning the ball over 21 times.

“We just have to handle the ball a little better. We make terrible turnovers at really bad situations and we really need to clean that up,” said Monson. “We make a little bit of a run, steal the ball and immediately give it right back, but we’re going to keep working that. We’ve been doing a lot of shooting since Christmas so we’ll continue to do that.”

Burgin will be back on the court on Friday, Jan. 10, when they host Breathitt County at 7:30 p.m. 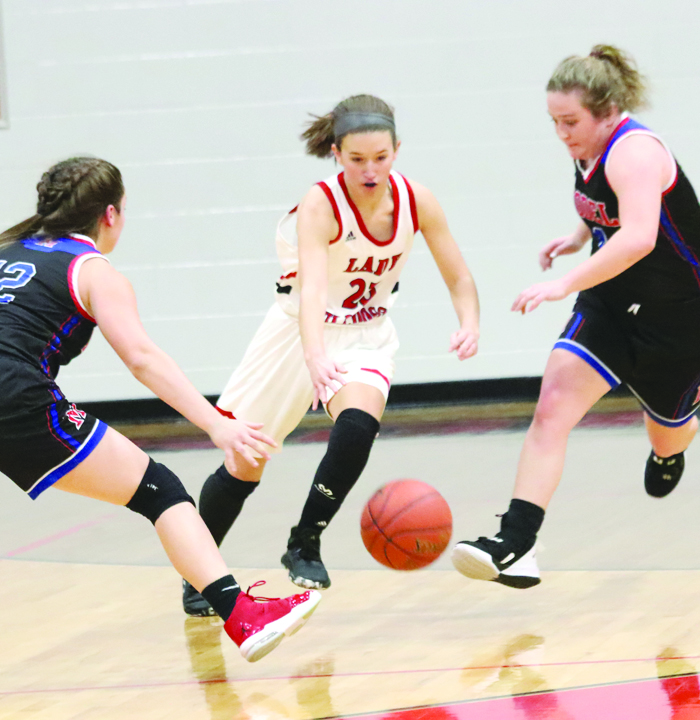