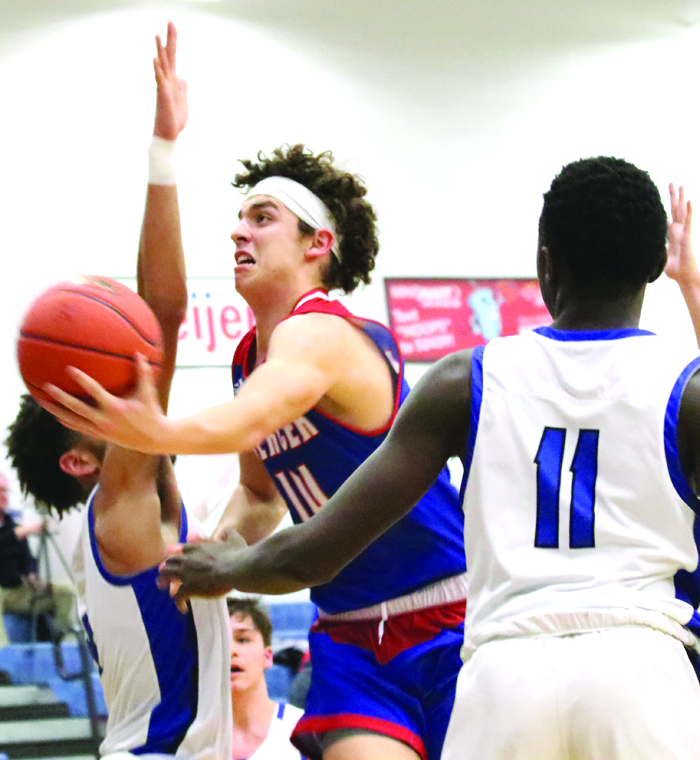 Mercer County senior Kaelin Drakeford goes in for two of his game high 21 points in a big district win over East Jessamine on Friday, Jan. 3. (photo by Arpan Dixit)

Senior Kaelin Drakeford has had a hot start to the season, leading the Mercer County Titans, 8-4, in scoring (22 PPG) and rebounding (10 RPG).

That hot start continued into a big district matchup with the East Jessamine Jaguars (8-5).

Drakeford not only led all players in scoring with 21 points, he hauled in 10 rebounds and hit the game-winning shot as time expired on a strong isolation drive into the paint. This was Drakeford’s seventh double-double on the season.

The Titans won the game 48-46 on Friday, Jan. 3, to earn their eighth win of the season and 10th straight over the Jaguars.

After the game, Head Coach Josh Hamlin had high praise for his senior.

Both teams got off to a slow start, with East having the 15-8 advantage after one quarter. The Jaguars ended the first with a 40-foot shot by Ben McNew, who had 10 points for East. Senior Jamisen Lewis led the Titans with four points heading into the second quarter.

Senior Micah Cheek, who has turned into a 3-pt specialist from the corner, knocked down his first of the game with 2:30 to play in the first half to cut the East lead to three, 22-19. The Jaguars would take a 24-21 lead into the locker rooms.

Lewis, who was the top scorer at halftime for the Titans with eight points, opened up the second half with a mid-range jumper. Lewis was 4-of-5 from the field from mid-range for the game and finished with 12 points and three assists.

Drakeford ended the third with a runner in the paint to cut the East lead to one, 36-35, heading into the final period. He finished the third period with 10 points. His first triple of the game came in the fourth quarter, and it was a big one. The ball game was tied at 38 with just under six minutes to play.

Drakeford hit another shot from beyond the arc to give the Titans a 41-38 lead.

Keegan Lockhart gave the Titans trouble in the paint. The big man, standing at 6 feet 5 inches, scored a team high 16 points for the Jaguars. Lockhart answered the Drakeford triple with another paint score and followed that up with four more points to give the Jaguars a 46-43 lead with 2:30 to play.

Drakeford’s heroics continued with a corner triple to tie the game at 46.

The Titans were able to secure the final possession and Drakeford made the Jags pay with a smooth floater as time expired.

“I’m just really proud of our kids. These kids have gone through multiple coaches. They were always told that they were the forgotten senior class,” said Hamlin. “It was after this class or this class was coming up. They are making a mark of their own now.”

The Titans improve to 1-1 in district play and will face off against the Jaguars again on Friday, Jan. 31.

They’ll be back on the court today, Thursday, Jan. 9, as they host Garrard County at 7:30 p.m. in first round of the Kentucky 2A Sectional Tournament at Mercer County Senior High School. 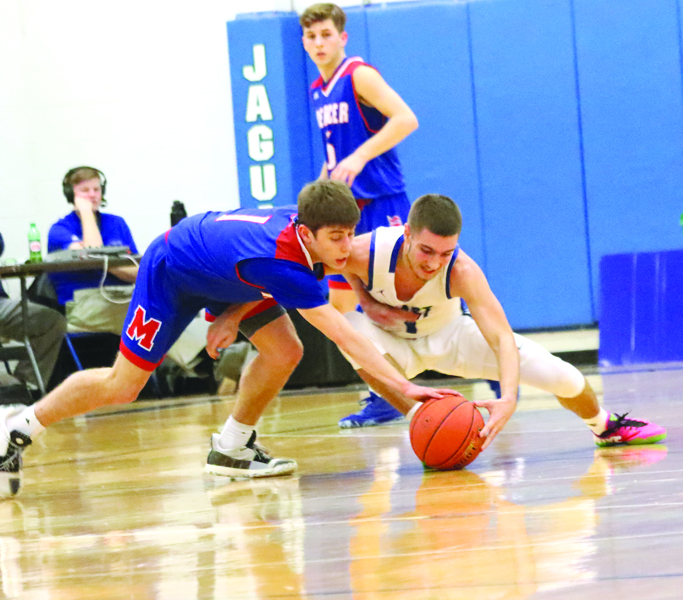 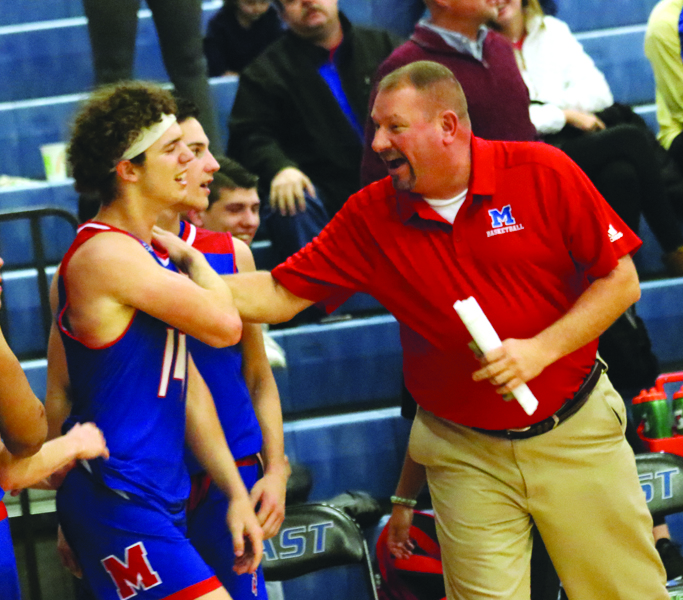