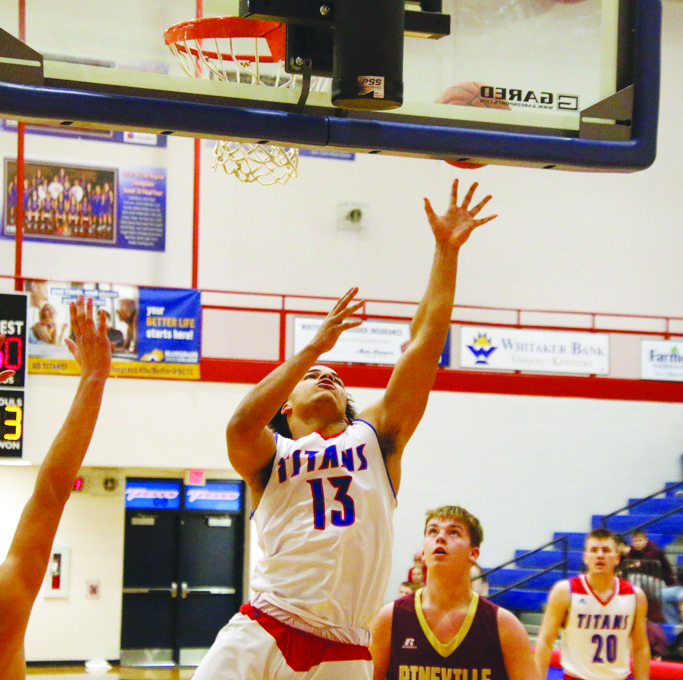 Mercer County senior Bryson Yeast (13) goes up strong for two of his eight points in the Titans’ 91-73 victory over the Pineville Mountain Lions on Monday, Dec. 23. (photo by Sam Warren)

The Titans had just one day of rest after competing the previous Friday and Saturday against West Jessamine and Central Kentucky Homeschool, respectively.

Coach Josh Hamlin wanted to see his team jump into an early lead after falling behind early three days before against district opponent West Jessamine. From the tip, the Titans used a full-court press on the Mountain Lions, and  it was very effective.

“We’ve got a very intelligent bunch and these kids are able to pick up on things very quickly. Saturday we looked and said ‘we need a little bit of a spark’, so we went to it (press) to see how it would do and we liked it. We knew we needed to start off aggressive today so we went back to it and I thought our kids did a nice job, “ said Hamlin.

Both teams shot extremely well from the field. Pineville made eight threes on 47-percent shooting from behind the arc, which kept the game closer than Hamlin wanted it to be.

“Credit to Pineville, they made a lot of difficult shots, especially in the second quarter and late. We could never get the lead up in the mid-twenties or thirties like it probably should have been, “ said Hamlin.

Due to 23 Pineville turnovers, The Titans took 13 more shots than the mountain lions and shot 51-percent from the field compared to Pineville’s 45-percent.

Pineville scored 31 points in the second quarter, narrowing the Titan lead down to seven points.

Coach Hamlin talked some about the process the team takes when making halftime adjustments.

“We come in and discuss things as a staff for three or four minutes, but we talk to the guys and we say ‘guys what are you seeing’ before we make any decisions or calls. Normally they can identify what we need to fix and it gives our guys a lot of ownership and accountability,” he said.

Lewis, along with seniors Kaelin Drakeford, Micah Cheek, Trey Price, and Bryson Yeast combined for 84 of the Titans 91 points. Lewis dominated on both sides of the ball, scoring 31 points on 72-percent shooting from the field, and being the Titan’s most prominent defender. Lewis finished the game with 31 points, three assists, three steals, and two rebounds.

Consistency on defense is something the Titans have struggled with so far this season, and Hamlin believes that is the main focus moving forward.

“You’ll see glimpses where we can be one of the best defensive teams around, and then you see glimpses where it looks like we’re playing in the NBA all-star game, “ said Hamlin. “If we can get that fixed, I really like the potential of this team.”

Next, the Titans will face-off against the Mason County Royals(4-3) on Saturday, Jan 4, at George Rogers Clark Highschool in the Tim Short Automotive Classic. 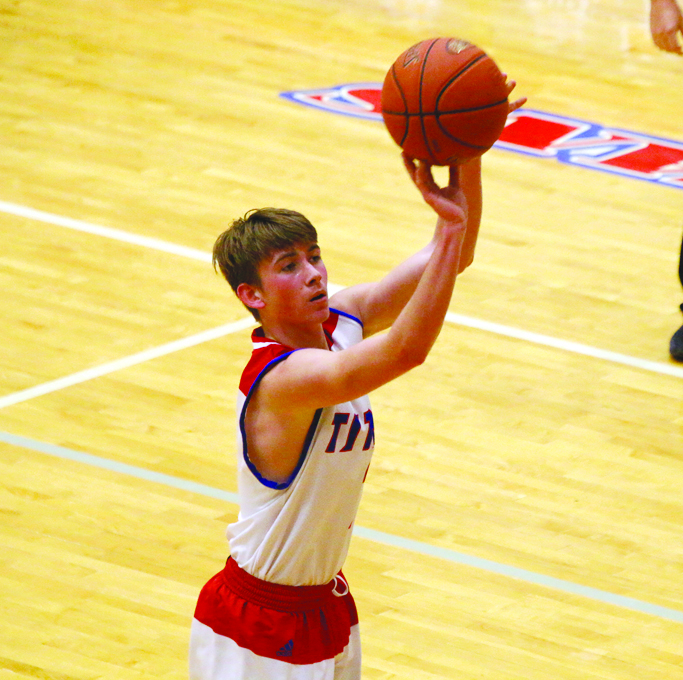 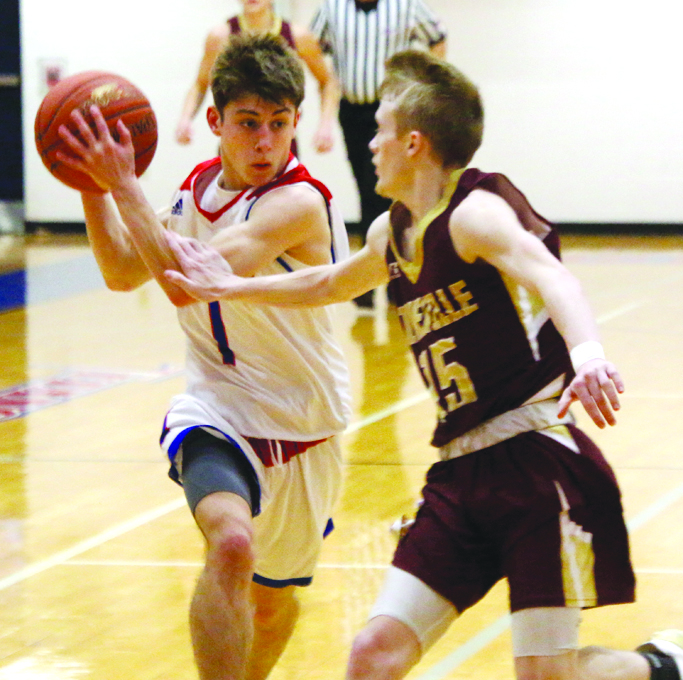