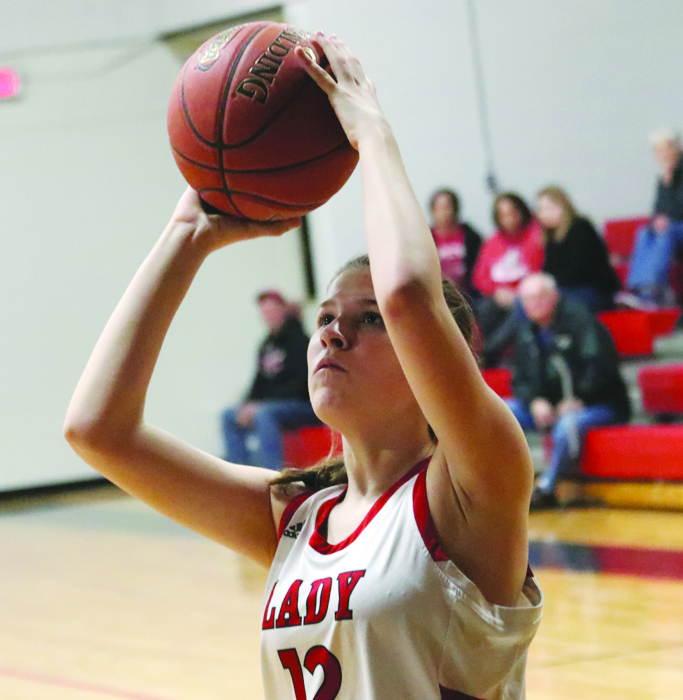 Burgin eighth grader Avery Gray had a strong showing in the Burgin Invitational on Saturday, Dec. 21. (photo by Arpan Dixit)

The Burgin Lady Bulldogs (4-4) hosted the Burgin Invitational on Saturday, Dec. 21, making it their first Christmas tournament in quite some time.

After a few teams dropped out, the invitational was moved to a round robin format.

The Lady Bulldogs defeated Cordia in their first game and Covington Latin in their second game.

Eighth grader Avery Gray was the most valuable player in both games, totalling 28 points and 22 rebounds on the afternoon.

The Lady Bulldogs played two games in a span of five hours, but didn’t let fatigue play a factor in their latest victory.

Here is a recap of Burgin’s last two wins.

After defeating Cordia, the Lady Bulldogs turned right around and won their second game in a row, defeating the Covington Latin Trojans by double digits, 63-47.

Gray dominated the interior, scoring a game-high 18 points to go with eight rebounds. Freshman Kaiden Lewis scored 13 points and sophomore Ellie Jenkins scored 12 points to round out the double digit scoring for Burgin.

“I was concerned about back-to-back games but the girls responded and played with a lot of energy,” said Head Coach Keith Monson.

Jenkins has been praised by her coaches for playing with a high motor and that has been evident early on this season.

“She (Jenkins) always gives 110-percent and her shots are starting to fall, said Monson. “Overall, we played a good ball game and shot 42-percent for the game.”

The Lady Bulldogs were able to control the game from start to finish and win their fourth game of the season.

Burgin was able to stop a three-game losing streak, defeating the Cordia Lions by a final score of 56-21.

Lewis was the top scorer for Burgin with 11 points, a season high. Lewis had been battling illness and has recently been inserted back into the rotation and Monson is glad to have her back.

“She brings all kinds of energy to our team when she is out on the floor,” he said. “I just want her to learn to keep her head up and kick the ball out. She goes to the basket hard and has been really aggressive for us.”

Gray scored 10 points and was the top rebounder with 14, six of them coming on the offensive end.

“I’m so impressed with the way she (Gray) is playing. She works hard in practice and it’s translating into games,” said Monson. “She’s just a hard worker and it’s great to see her develop at such a young age.”

The Lady Bulldogs got a ton of contribution from up and down the lineup. Senior Julia Arnett, sophomore Brynn Simpson and freshman Baleigh Turner each had six points.

Monson said Simpson really impressed her with her rebounds, hauling in 10, a season high.

“She (Simpson) is a really key player for us and she’s been working really hard this year to improve,” said Monson. “The sky is the limit for her with the way she works.”

Burgin dominated from start to finish, leading 33-16 at halftime and 45-23 at the end of the third.

“We played a full team game tonight and I was proud of them,” said Monson. 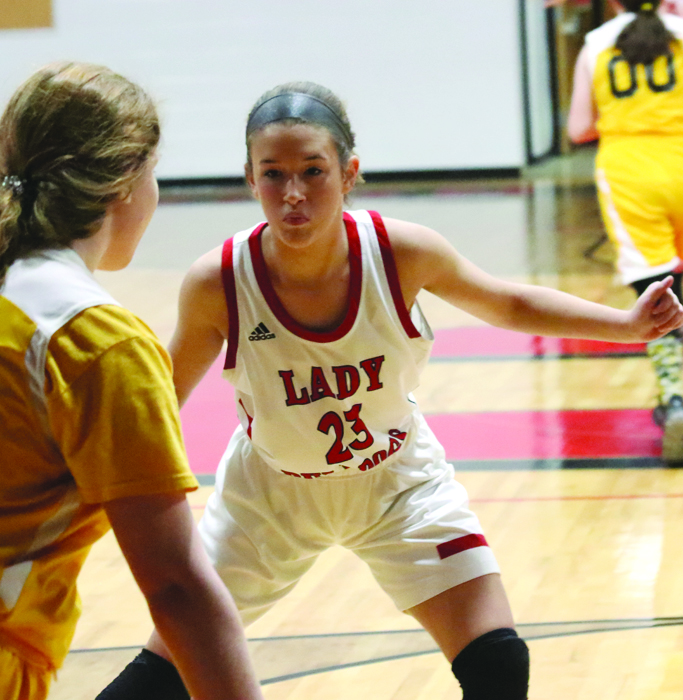 Burgin sophomore Ellie Jenkins (23) pressures the ball after the inbound against Cordia in the Burgin Invitational on Saturday, Dec. 21. (photo by Arpan Dixit) 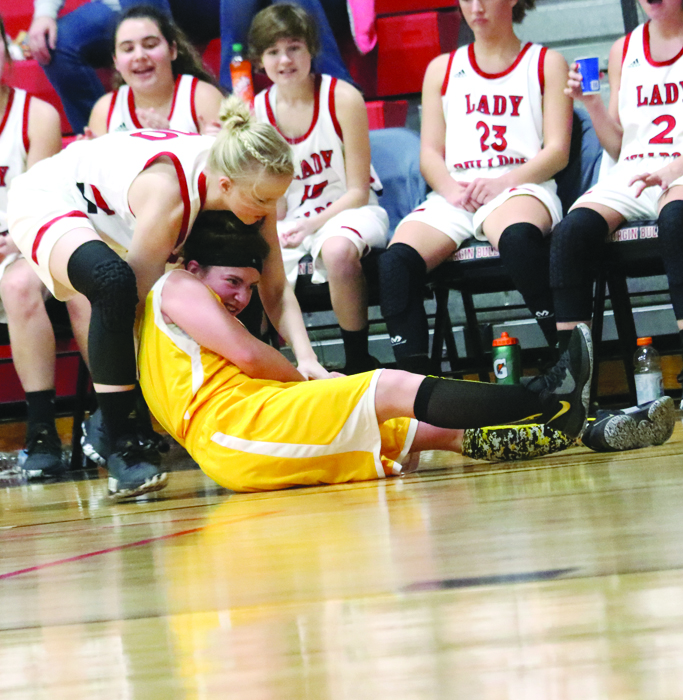 Burgin freshman Kaiden Lewis hustles and battles for the ball against Cordia on Saturday, Dec. 21, in Game 1 of the Burgin Invitational. (photo by Arpan Dixit)