Coach Blair: “They never second guess each other” 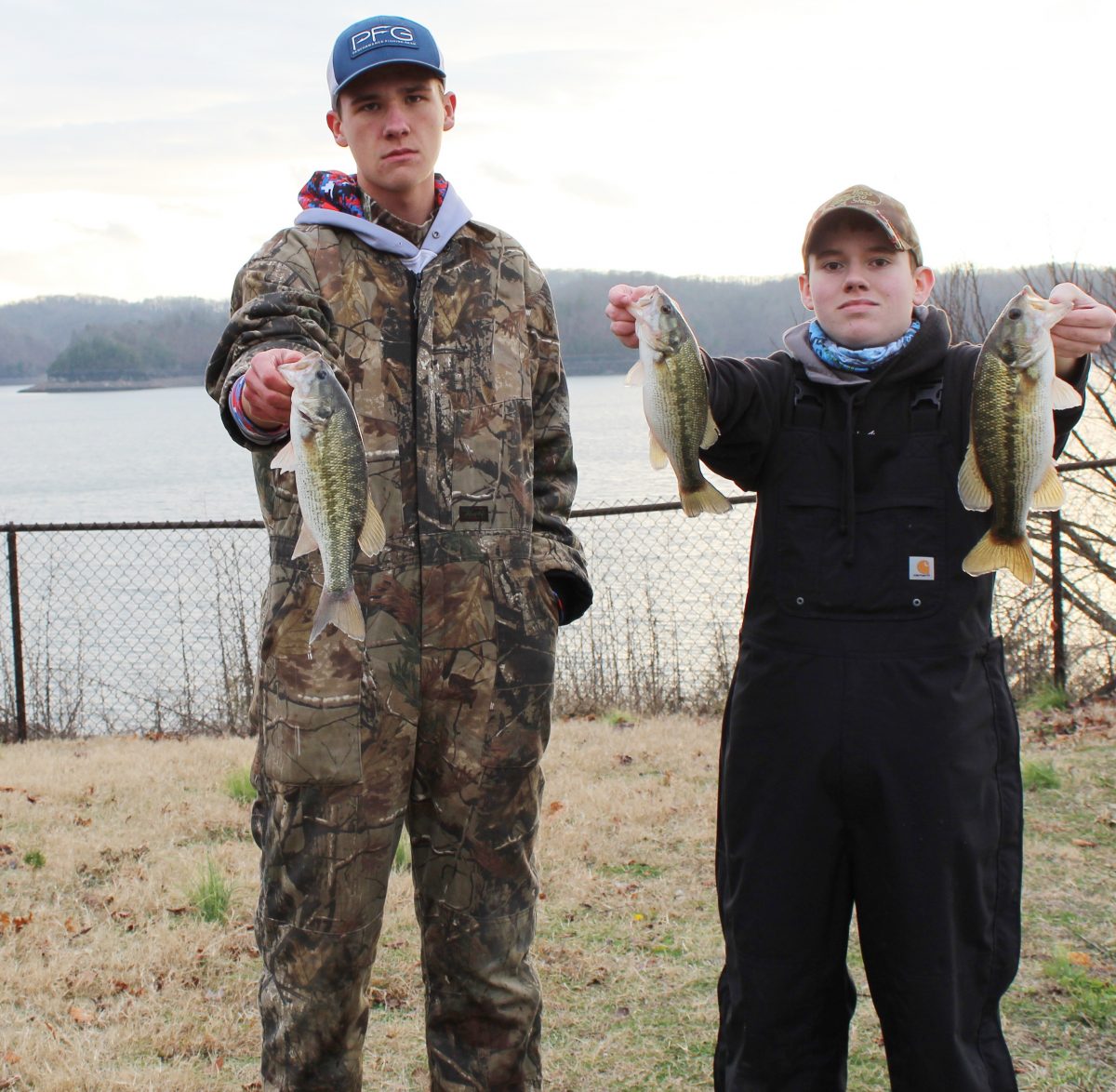 Freshmen Mason Cheek and Gabe Blair have had a strong fall on the water for the Mercer County bass fishing team.

They just finished up their final tournament on Saturday, Dec. 14, at Cumberland Lake, hosted by Garrard County High School.

Cheek and Blair finished in the top-25, 18th out of 25 boats, with three spotted bass weighing in for a total of 4 pounds.

“They (Cheek and Blair) always keep their head on straight even though they might know they have a lot of pressure on them,” said Head Coach Periann Blair. “Neither one of them will stop to take a break until they have a fish in the boat. They never second guess each other and ask one another for advice as well.”

Cheek and Blair were the only two on the boat to represent the Titans.

“I think the difference this year is we have two kids on the boat that want to go big,” said Coach Blair. “Also, I think it helps that they know they have each other’s backs on the boat. If one can’t get on the fish at that moment, the other one will think quickly on how to get the fish in the boat.”

Blair’s son, Gabe, said the biggest thing for him this season was maturity.

“It was a good season. I matured a lot from last season. I gained confidence in my ability to focus,” he said.

Blair spent a lot of time in the summer studying lakes and learning new techniques to bring to the water this past fall.

“I studied a lot and tried to learn new techniques that I could bring to the table this year,” he said. “With that being said, I look forward to fishing the spring season with my partner.”

Cheek said the biggest thing for him was patience.

“I think the season went great,” he said. “I learned that I can’t catch fish all the time and that I have to be patient out there on the water. It’s very different than pond fishing.”

Coach Blair said despite the last tournament only have two Titans compete, both Cheek and Blair have supported their teammates throughout the season and that has been special to see, she said.

“Both of the boys are so proud of their teammates as well. They love to watch the others weigh in,” said Coach Blair. “They will congratulate their teammates or even give them a pep talk to help boost their spirits, but in the end they always say “our team did a great job” and it’s great to see. They share it and say the Mercer County bass fishing team brought home a win. Both boys are just so humble and very thankful for this opportunity.”