Burgin with 4 players in double digits despite loss 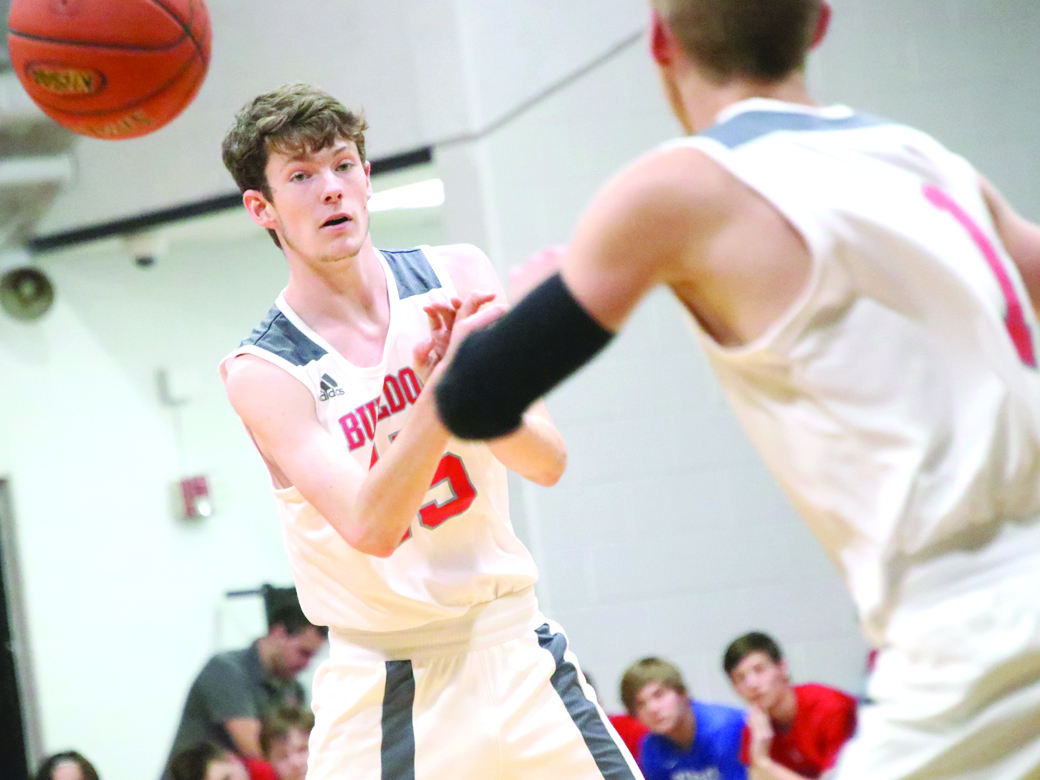 Burgin junior Skylar Logan receives the ball at the top of the key and swings it around to the right baseline against the Frederick Fraize Aces on Sautrday, Dec. 14. Logan was second on the team in steals with three in the 71-68 OT Burgin loss. (photo by Arpan Dixit)

It’s been a tough opening stretch for the Burgin Bulldogs basketball team (0-7).

They dropped their seventh straight game to start the season, the first time they’ve done that since the turn of the century in 2000.

Their latest loss came in overtime to the Frederick Fraize Aces by a final score of 71-68 on Saturday, Dec. 14, in the second game of a boy/girl doubleheader.

“Our kids played hard, but our kids have to play hard defensively all the time. We didn’t close out all the time with choppy feet,” said Head Coach Troy Lee Thomas. “Our guards must angle on the inside and our bigs must spring to the ice. Their last play of the game before overtime, we didn’t get into our coverage fast enough. Those things are effort plays. I know the things we are doing are new to our kids, but we have to have a better connection in practice. You must be a practice player first. Games are always a by-product to your practices.”

Noah Pate of the Aces scored the first six points of the game and had a big game overall, finishing with a game high 36 points.

After the first timeout, the Aces held a 13-9 lead. Senior Wesley Tyler had a solid first few minutes, scoring five points and hauling in five rebounds from the get-go. Tyler would finish with a team high 17 points and nine rebounds.

The Bulldogs would trail by seven, 16-9, heading into the second quarter.

The Aces continued to add to their lead, starting the second period on a 7-2 run. Tyler hit his first three of the game with 30 seconds left in the first half to cut the lead to three, but Frederick Fraize were able to leak out and get an easy shot to end the half to put the score at 29-24 heading into the locker room.

“I thought Roleeke (Smith) played his best game all year. He gives us some rebounding that we need and scoring punch,” said Thomas. “He is getting in better shape as the season is continuing.”

Smith was pulled late in the game and Thomas said he pulled Smith due to his decision making.

“I took Roleeke out of the game because we had two possessions of a 2-on-1 situation and he never passed the ball,” said Thomas. “I want our guys to play for each other and fight for each other.”

Sophomore John Boursaw came up big in some key moments in the fourth quarter. He hit his first triple to cut the Aces lead to four, 56-52, with just under two minutes to play and drained two technical foul free throws with one minute to play.

Freshman Jacob Qualls hit 1-of-2 free throws to give the Bulldogs a two-point lead with 27 seconds to play.

The Aces were able to tie it up on a Noah Pate lay-in and senior Noah Mayes wasn’t able to get a shot off for Burgin in the closing moments of the fourth quarter.

In overtime, the Aces were able to hit free throws and hit shots in key possessions to hold on for a 71-68 win, their first win over Burgin since 2017.

“Our effort has to be there every night but I also want our kids to understand as well is that it isn’t about just effort,” said Thomas. “It’s also about playing intelligently and playing together.”

The Bulldogs will be back on the floor at 3 p.m. on Thursday, Dec. 26, as they travel to Williamstown to take on the Paris Greyhounds in the Williamstown Holiday Tournament. 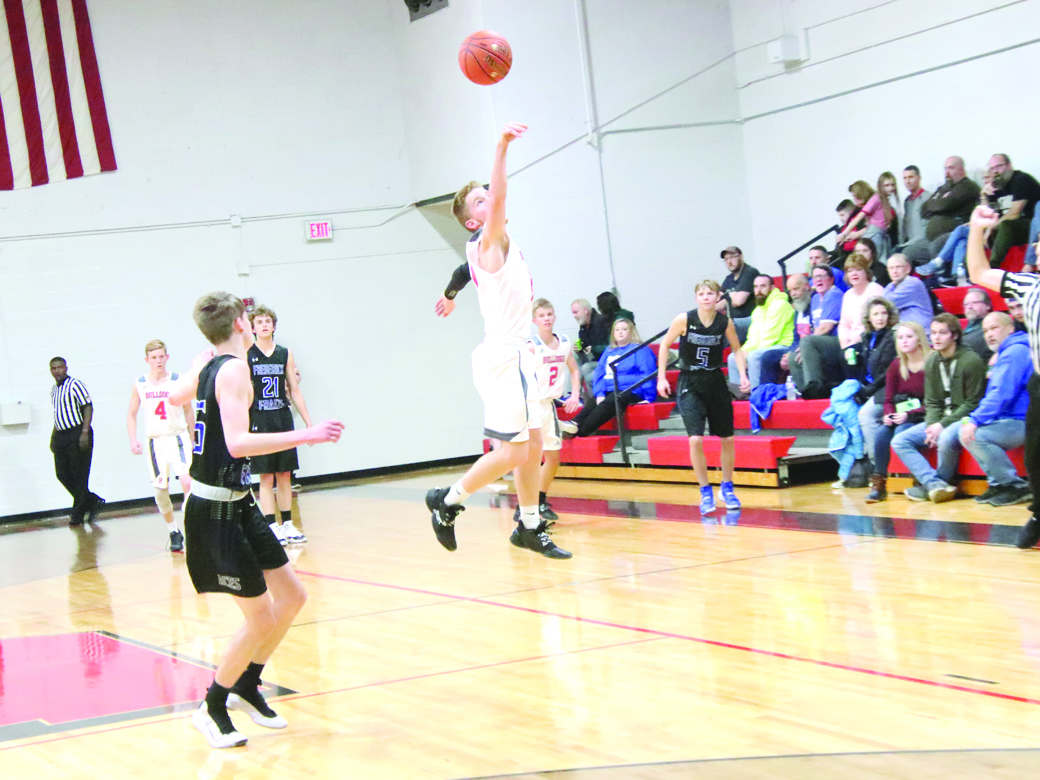 Burgin junior Jackson Qualls leaps to attempt a steal during an inbound play in a 71-68 OT loss to Frederick Fraize on Saturday, Dec. 14. Qualls had 6 points, 4 assists and 2 rebounds in the loss. Qualls is averaging 5 points per game in the early season. (photo by Arpan Dixit) 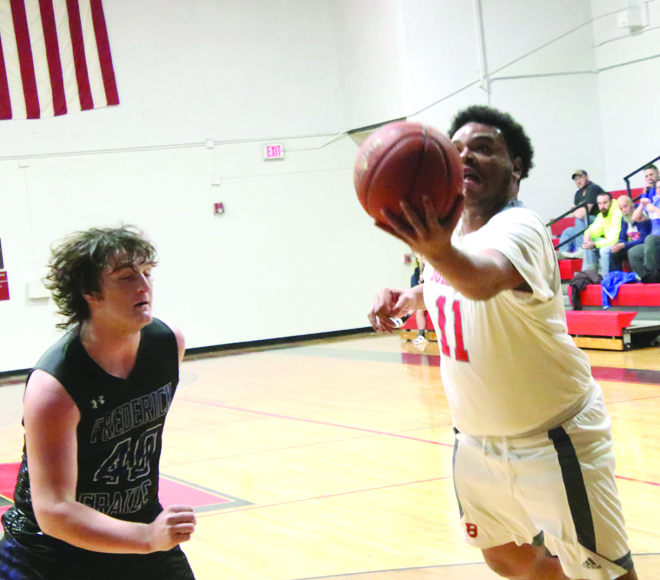 Burgin sophomore Roleeke Smith (right) drives to the hoop for two of his 12 points against Frederick Fraize on Saturday, Dec. 14. (photo by Arpan Dixit)