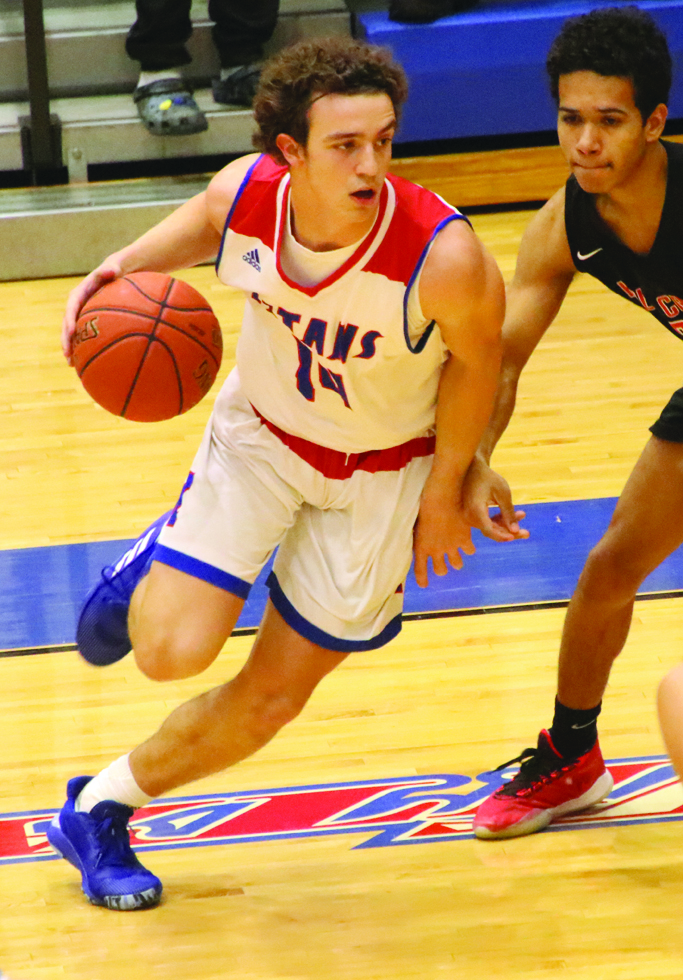 After a tough season-opening win over Wellspring Guardians on Thursday, Dec. 5, the Mercer County Titans (1-1) suffered their first defeat of the season against the Holy Cross Indians (2-0) by a final score of 68-64 on Saturday, Dec. 7, in the McRay Feed Classic.

The senior scored a game-high 30 against Holy Cross and had 46 a few nights prior.

Drakeford, who started last basketball season with an injury sustained during football, enters this season healthy. Head Coach Josh Hamlin talked at media day about Drakeford’s ability and potential to be the player of the year in the region.

“He was never fully healthy last year. This year, he is completely healthy and you’re seeing what we were expecting last year,” he said. “I think he’s one of the best players in this region. He’s going to put up a double-double most nights. His shooting, all credit to him, has improved drastically because of the time he’s put in the gym when no one is in there. He’s routinely been our leading shooter in shooting drills. Our staff is not shocked to see how he’s shooting and how much he’s progressed this season.”

Holy Cross held a five-point lead at halftime. Mercer County started the second half much better than the first. Senior Trey Price stole the ball and went coast-to-coast for a lay in followed by senior Bryson Yeast taking a charge to fire up the Titan bench early in the second half. Drakeford’s and-1 tied the game at 40, but Carter Haney’s triple on the following possession gave the lead back to the Indians.

Senior Micah Cheek also had some big moments in the second half. He hit a three to give the Titans the lead to start the fourth and hit another one later in the quarter to cut the Holy Cross lead to three with just under one minute to play.

Jacob Meyer, who had a team-high 30 points, hit a clutch triple with just under a minute left to give the Indians some breathing room. They were able to knock down free throws to earn their second win of the season. Meyer transferred to Holy Cross from Scott High School.

“Meyer is a really good player. He’s one of the top freshmen in the state of Kentucky,” said Hamlin. “He’s going to be a really nice player. He hit some big and timely shots. But he took 28 shot attempts. If you’re giving up 30 points and a kid is taking 28 shots, we will live with that as a defense.”

“When you factor that in, we were lucky to be beat by only four points. It should’ve been a double-digit loss but credit to Holy Cross,” said Hamlin.

The Titans have been without the services of one of their best players and senior leaders, Jamisen Lewis, as he works his way back from injury.

“Honestly, it’s been great for us. It’s forced us to play some other kids and put kids with the basketball who maybe would not have it frequently. It’s forced them to be in situations where they are uncomfortable,” said Hamlin. “A lot of credit to Holy Cross the way they played this past weekend. Not taking anything away from them, but we didn’t play well at all. We beat ourselves. Being able to get Jamisen (Lewis) back soon will be a big help to us. I think he’s one of the best guards in the region, he’s really improved his shooting and he’s one of the better ball handlers that I’ve had the privilege of coaching. He makes really good decisions and he’s a really good passer. It should help us with some of our issues and will make us a better team down the road.”

The Titans had 18 turnovers, shot 35-percent from the field and missed seven free throws.

“We were still in the ball game with a chance to win. We just didn’t deserve to win that game,” said Hamlin. “We didn’t play well enough, but it’s a teachable moment in practice. That’s only going to help us down the road. We understand we might struggle early, but I thought our kids responded nicely in the second half. I never have to worry about their effort.”

The Titans will be back on the court on Friday, Dec. 13, when they travel to Danville to take on the Admirals at 7:30 p.m. 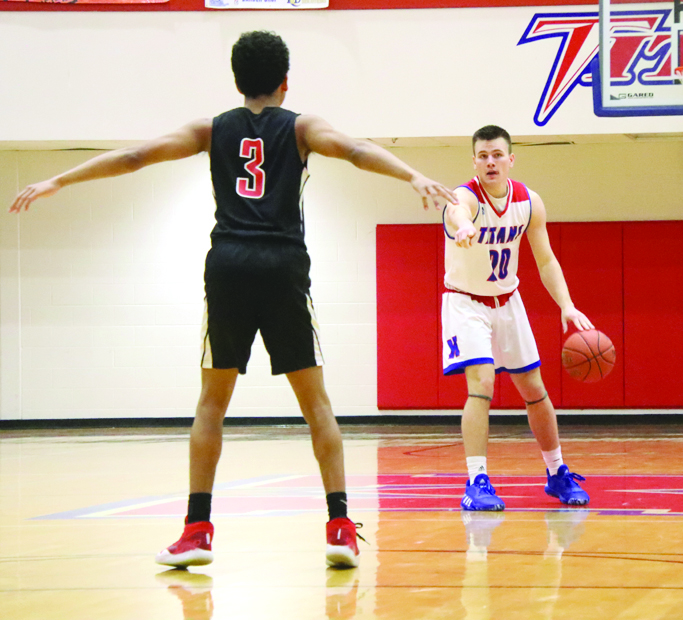