Coach Thomas: “I’m trying to create an identity for who we want to be” 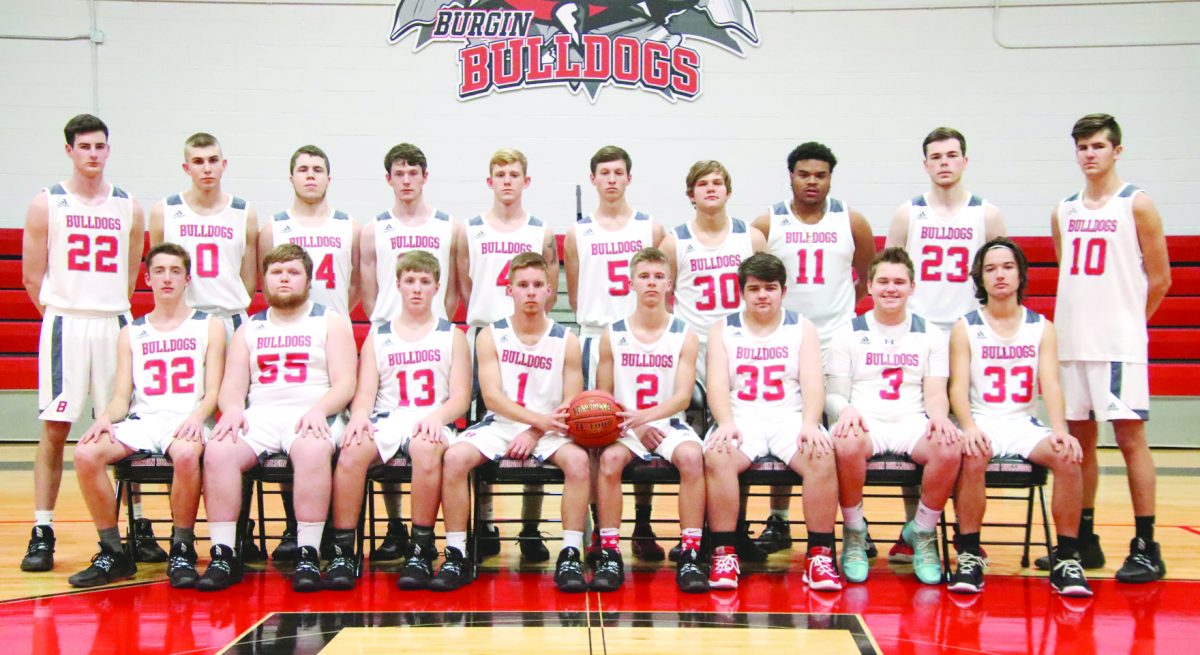 Change is tough. It’s tough to adapt to new habits when you’ve been accustomed to the old ones for so long, but new Head Coach Troy Lee Thomas and the 2019-2020 Burgin Bulldogs are ready for the challenge.

“Anytime you come into a program with a new coach, the guys on your team, it’s a new buy-in. Them getting to know who you are and me getting to know them and that takes time,” said Thomas. “The kids we have are just great kids. They work extremely hard and I’m sure every coach will say that about their kids, but these guys do. I’m trying to create an identity for who we want to be. For that to happen, it’s going to take a process of learning and buying into something new that maybe they haven’t done.”

Thomas said he wants his team to have an identity of being a very good team on the defensive side of the ball.

“We want to be a very solid defensive team and so to do that, guys just have to buy-in,” he said. “Our guys are adapting to it and I’m trying to make sure they understand how important it is to have the energy level everyday that you go through practice that you can’t take plays off. That’s been a challenge for some of them, but we’re getting better everyday.”

Thomas told his guys from the beginning, back in his introductory meeting back in mid-July, the culture was going to be different at Burgin.

“Not only building a culture, but believing in the system and in each other,” said Thomas. “It takes time, trying to create and build the right habits to become successful. I’m loving the attitudes that they have right now.”

Thomas said the biggest difference he’s seen in his team since they started open gym in the summer is the mental and physical toughness. The first-year Burgin coach introduced “non-negotiables” to his team to see how his team would respond to things they are not used to.

“We have things you can’t do in practice such as poor shots, a missing box out and turnovers to name a few,” he said. “I’m starting to see the accountability that they have to have as a player.”

The Bulldogs have three seniors on their roster this season. Wesley Tyler and Cole Mitchell, who have played for former coach Don Irvine the past three seasons, and a new transfer, Noah Mayes.

“When you’re a new coach going into a new school, I think the one thing that can happen a lot is that your seniors don’t buy-in to a new coach, just because they’ve been so used to a different system,” said Thomas. “That’s not a knock to anybody. This group we have here are gradually starting to understand what I want out of them. We have core values and one of them is to do your job completely.”

Thomas said he has seen great improvement in his senior class since the first day of practice.

Our seniors we have are great kids. They work hard. Cole (Mitchell) has improved so much. He’s gotten a lot tougher, he’s going harder in practice everyday. I’m seeing a huge difference in him.”

Thomas said Tyler is going to have to be a key contributor on both ends of the floor if the Bulldogs want to be successful.

“Wesley (Tyler) is a great scorer for us. He gives us a lot of offensive punch. I want him to be a better defensive player and a better rebounder,” he said.

Thomas talked about his new senior, Noah Mayes, who transferred in from Boyle County. Thomas said he is one of the best athletes he’s coached.

“He can run, jump and do it all physically, but this is his first time playing high school basketball. I have to learn and be adaptive to know that I have high expectations for him and our players, but I do have to understand the circumstances as well. In time, he will understand the system,” said Thomas. “He’s been a great asset to us and gives us another body we need at the guard position.”

Jackson Qualls, Levi Hale, Skylar Logan, Elijah Cochran and Evan May make up the junior class for the Bulldogs. Qualls, like Mitchell and Tyler, has been in the program for a few years now and is going to be one of the main contributors this season at the point guard spot. Qualls has a knack off winning 50-50 balls and getting steals to start the fast break offense.

“Jackson (Qualls) is just an extremely hard worker. I call him one of our ‘thermostat’ guys. Those are the type of guys that are always willing to turn up the heat in practice. I’ve got tremendous confidence in Jackson. You can tell he’s been raised right. Everything you say to him, his response is always ‘yes sir’ and I give credit to his parents who have raised him and his brother Jacob right like that, giving respect to everybody. But he’s a great competitor and has a great attitude. He’s always vocal in practice and is a very uplifting teammate. Leadership comes in other ways outside of scoring and playing defense. His teammates have a lot of respect for him.”

Qualls and Mayes have really set the tone in practice in the early weeks of the season.

Thomas said he calls Evan May his dark horse.

“There is something about him that I really love. What I want Evan (May) to do is be confident in himself. I think he’s got all the ability in the world,” said Thomas. “I think if he buys in, he’s going to see what he can really do as a player.”

John Boursaw, Greyson Mitchell and Roleeke Smith are the three sophomores for Thomas. Boursaw and Mitchell have been in the program for a few years while this is Smith’s first year as a Bulldog.

“Our underclassmen have tremendous ability and can be really good basketball players for us. John (Boursaw) is an excellent shooter. He takes the ball well to the hole. He plays hard and he’s very coachable.”

Smith is a big body down low and has touch around the rim. Thomas expects him to be a key contributor to the team and help the Mitchell brothers and Tyler down low.

“He’s a big kid. He can bench press a ton. He’s just a strong kid and runs well for his size,” he said. “Roleeke (Smith) just has to understand how to play defense better. Of course, it’s the beginning of the year and we have a lot of time to improve on that.”

Just like Cole, Thomas said his brother, Greyson, has improved a tremendous amount.

“He has made a ton of strides in his game since the first day. His body has changed and he’s going to be a big part of what we do here,
said Thomas.

Hunter Reed and Jacob Qualls are the top returning freshmen from last season. Both saw numerous varsity minutes last season and Thomas said both are expected to begin the season as starters.

“Having two really good freshmen like Hunter (Reed) and Jacob (Qualls), it really sets the tone for your future with them being so young. They’re both starting as freshmen and doing a tremendous job buying in to our system,” said Thomas. “They have very positive atittudes and they are really good players for our program and what we want to do so I think these two young men can really have a great future here for years to come.”

Noah Broce, David Lynn, Jonathan Hudson, Landon Oaks, Landon Browning and Brendan Stanley make up the rest of the freshmen who aren’t as experienced at the varsity level like Qualls and Reed.

“We have a great group of younger players that are vital for our future here at Burgin,” said Thomas.

The Bulldogs will be competing in the Williamstown Holiday Tournament against Paris at Paris High School.

“That’ll be a great challenge for us. That’s what we want. We want challenges that make us grow,” said Thomas. “I feel like we’ll be a whole lot better once we hit the bulk of the schedule because kids will understand what we expect as a coaching staff and our system.”

Dennis Berry remains on the staff while Jeff Klosterman and Scott Elder are new.

“Coach Berry is a great person. He’s an All-American to me. He does everything for our program and I appreciate him a lot,” said Thomas. “Coach Elder is new and he’s phenomenal. The kids absolutely love him. He’s a great teacher of the game and the kids respect him. Coach Klosterman is a great coach and he’s another great asset for our program and what we need.”

Thomas said his expectations of his team are very simple. Thomas once attended a coaching clinic at Duke University, learning under Head Coach Mike Krzyzewski.

“I asked Coach K that same question and he said to be the best that we can be every single day,” said Thomas. “That’s what I told our kids. I’m not focused on winning and losing. I’m just focused on the process of development and developing our guys.”