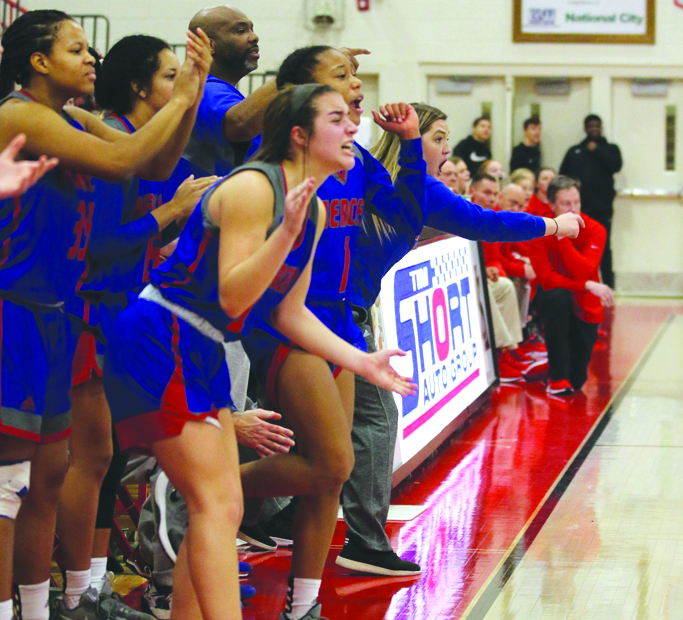 The Mercer County Lady Titans’ bench was fired up after a play against South Laurel on Saturday, Dec. 7, in the 12th/13th Region Challenge at South Laurel High School. (photo by Pam Merchant)

In a high-profile early season matchup, the student defeats the teacher.

That didn’t phase Head Coach Hayley Spivey and the Lady Titans, who defeated the Lady Cardinals by a final score of 88-86 in the 12th/13th Region Challenge on Saturday, Dec. 7, at South Laurel High School.

Spivey said the win for big for a few reasons.

“It was a good win for our program and our girls, but I feel like the biggest thing for us was realizing that we can compete at that level,” she said. “Especially an away game that was out of region, we knew we would have to be efficient and be ready to play.”

Efficient they were. The Lady Titans shot 50-percent from the field on 31/62 shooting. They made seven three-pointers, with senior Channing Lewis and junior Stevie Shepherd leading Mercer County with three triples each, finishing with 18 and 12 points, respectively. Freshman Timberlynn Yeast finished with a team-high 24 points and also hauled in 11 rebounds. Yeast and Lewis both had double-doubles.

Collett was as good as advertised for South Laurel, pouring in a season-high 37 points, going 21-for-26 at the free throw line.

Freshman Anna Drakeford had 17 points and sophomore Love Mays scored six,  but got into some early foul trouble in the first half and had to sit. This was a crucial point in the game for the Lady Titans, with a couple key players on the bench.

“The thing I am most impressed with about that game is that everyone contributed, everyone adapted to the game and executed our plan,” said Spivey. “This was a great team win for us and it shows through balanced scoring and statistics.”

South Laurel fought back to take a 38-36 at halftime, and the second half brought the fans in attendance an exciting finish.

Drakeford and Mays would both eventually foul out late, but the Lady Titans were able to hold on for an early season statement win.

Spivey said she spoke to Souder after the game and said it was odd to be going against him, but it’s all respect at the end of the day.

“We spoke after the game and hugged. He is a mentor and friend and always will be,” she said. “It was different to see him on the opposing bench, but still an honor to share a court with him, doing what we both love.”

Mercer County will be back on the court Thursday, Dec. 12, when they host Garrard County at 7:30 p.m. 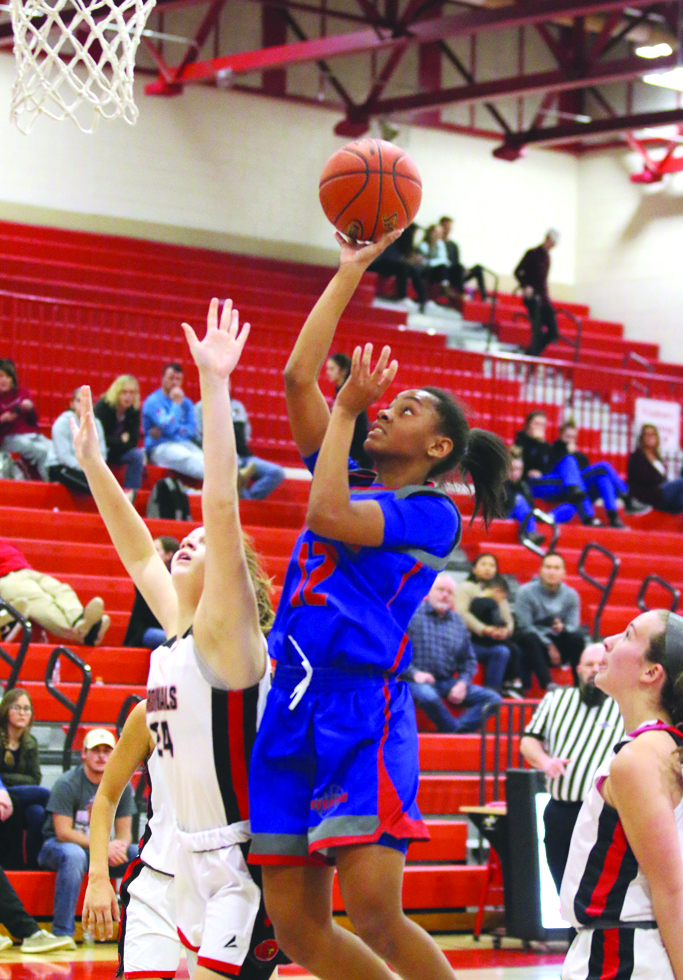 Mercer County freshman Timberlynn Yeast goes up for two of her team-high 24 points in a big win over South Laurel on Saturday, Dec. 7, in the 12th/13th Region Challenge at South Laurel High School in London. (photo by Pam Merchant) 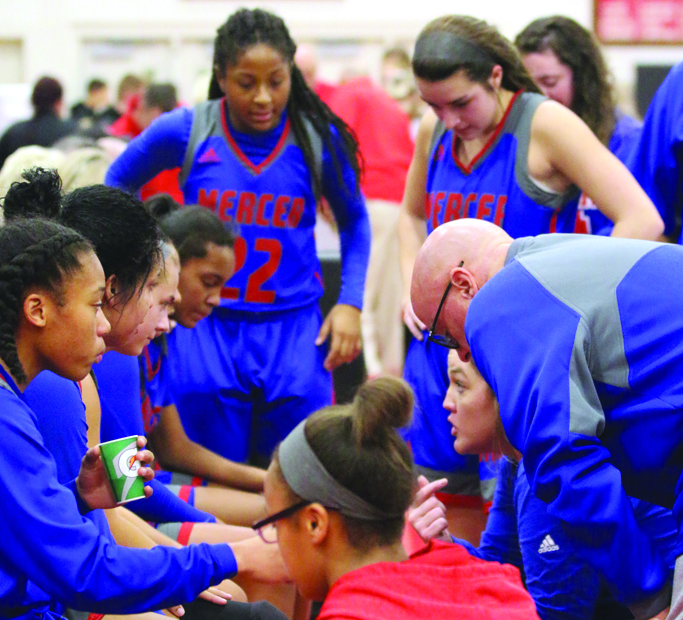