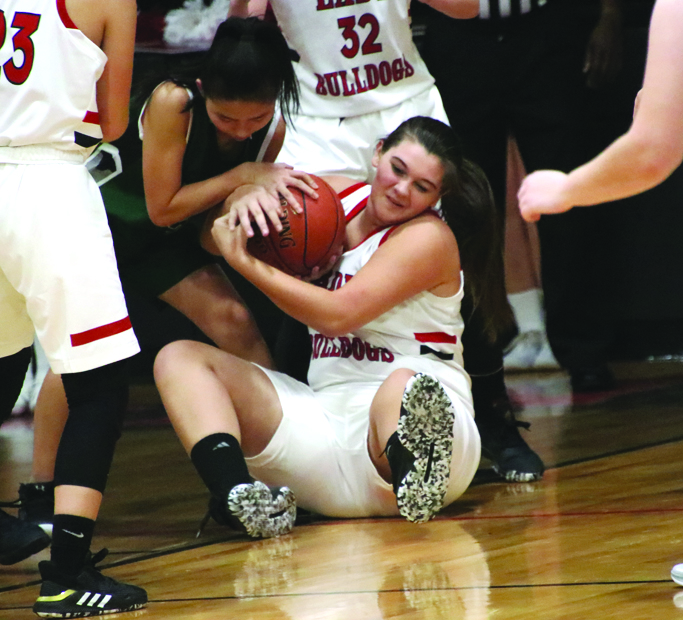 The last time the Burgin Lady Bulldogs (1-1) won a game out of their first two games of the season was in December of 2014. Count 2019 as the next year.

That’s progress for Burgin, a program that has struggled mightily the last few seasons.

The Lady Bulldogs defeated Kentucky School for the Deaf by a final score of 48-14 on Thursday, Dec. 5.

Eighth grader Avery Gray was the top performer for Burgin, scoring a game-high 18 points and hauling in 10 rebounds for a double-double.

“She’s just an eighth grader. She’s really come on and works hard in practice,” said Head Coach Keith Monson. “She gets frustrated when she misses shots, but comes in to the next practice and wants to improve.”

Burgin led 10-3 after the first quarter with Gray scoring four points and bringing in five rebounds in the first frame. Freshman Baleigh Turner had two assists after the first eight minutes.

“I was pleased with them. We didn’t start out very strong. We can’t overlook anybody and that’s the attitude we have to have,” said Monson. “We want to be a fast break team, take it up and down the court, and we didn’t do much of that. We all learned a lesson and hopefully we’ll grow from it.”

Junior Hannah Stewart hit the only triple for Burgin in the game, finishing with five points.

Sophomore Brynn Simpson and freshman Jaylin Tudor did work on the boards, hauling in six rebounds each.

Burgin will be back on the court today, Thursday, Dec. 12, when they host the Sayre Lady Spartans at 7:30 p.m. 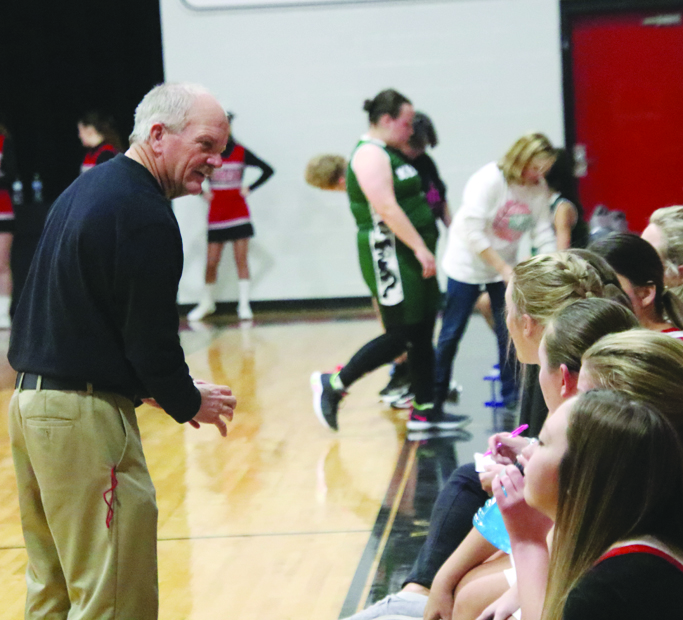 Burgin Lady Bulldogs Head Coach Keith Monson (left) gives instruction to his team against KSD on Thursday, Dec. 5, in the home opener for the Lady Bulldogs. (photo by Arpan Dixit) 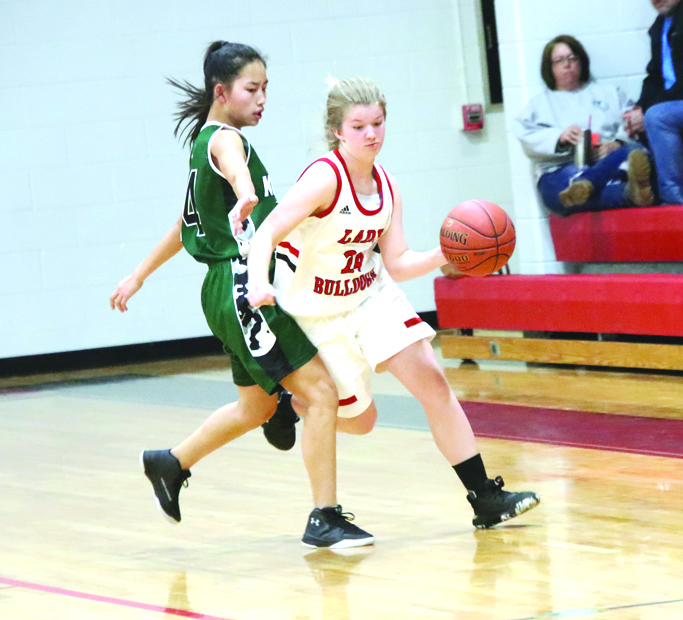 Burgin eighth grader Hannah Simpson (right) steals the ball and heads up the floor against KSD on Thursday, Dec. 5. The Lady Bulldogs won their home opener 48-14. (photo by Arpan Dixit)