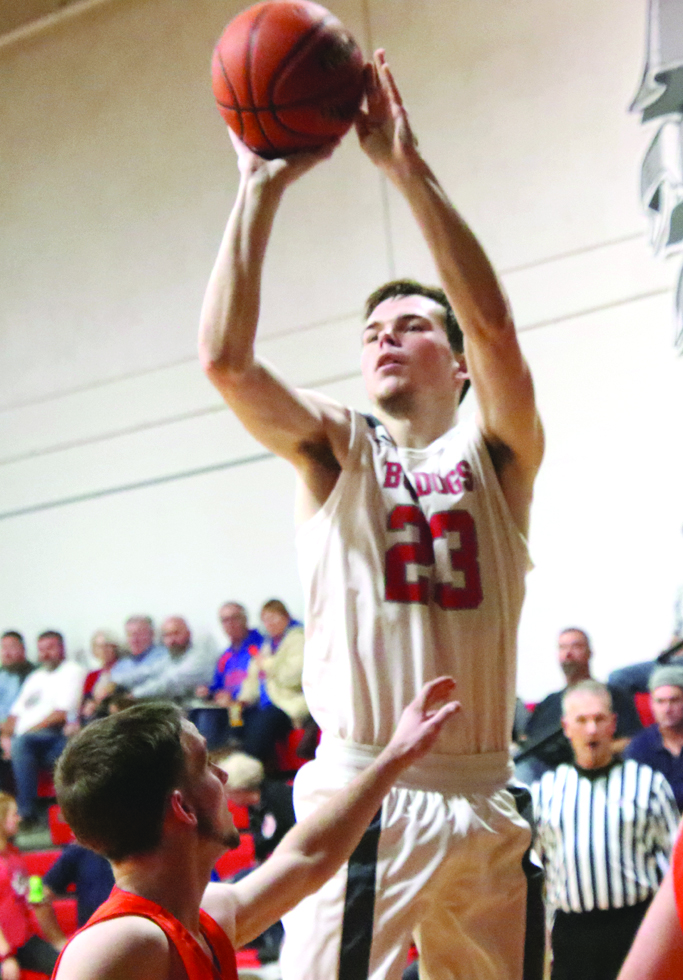 Burgin senior Wesley Tyler elevates for a jumper on the wing against Frankfort on Monday, Dec. 9. Tyler finished with 3 points and 2 rebounds against the Panthers. (photo by Arpan Dixit)

It’s been a tough first five games for the Burgin Bulldogs and Head Coach Troy Lee Thomas, but as many coaches will tell you, it’s a marathon and not a sprint.

That streak jumped to five after their most recent loss on Monday, Dec. 9, against the Frankfort Panthers, by a final score of 77-27.

“The big thing that I am trying to see is our guys playing hard every possession. I see some of it and then I don’t see a lot of it,” said Thomas. “That happens when you’re a new coach putting in a new system. You have to have guys that buy in. But the main two things are playing hard every play and executing better. We’re not very good at that right now, but I do believe in time, we will be. Right now, we’re just going through a lot of growing pains. I have to be positive so it trickles down to my players.”

The Bulldogs got off to a positive start in the first quarter, matching the Panthers bucket-for-bucket after the first few minutes, but late in the second half, turnovers and missed opportunities proved costly and Frankfort, coached by Chris O’Bryan, took full advantage.

The Panthers took a 53-17 lead after two big runs in the second quarter led by their top scorer, Chaz Austin, who was feeling it from beyond the arc. Austin connected on four triples and finished with a game-high 22 points.

The second half ended like the first one did for the Bulldogs, with turnovers and costly missed opportunities. Burgin finished with 28 turnovers on the night.

The Bulldogs substituted more than usual against the Panthers.

“If you don’t get a rebound, I‘m taking you out. If you don’t box out, you’re coming out,” he said. “So we probably subbed about 70 times tonight.  The magic is always in the work. We’re trying to build the right habits in practice so it can carry on into our games. We’re not going to be good at everything, but I want to be great at things that happen a lot.”

Burgin was without the services of one of their talented freshman, Hunter Reed, who might be out for the season with a right leg injury, said Thomas.

“He always makes everybody better around him because of how hard he goes. We miss that energy that he gives to our team and we miss that toughness,” said Thomas. “That’s a big loss but it’s the next man up for us. I need somebody on our team that’s willing to take that spot. I’m trying to find a five that gel together. I love these guys. I really do. They want to be good.”

Thomas said one of his team’s goals throughout the game is to take four charges. The Bulldogs finished with zero.

“That is not who we are. It’s a work in progress,” said Thomas.

Sophomore John Boursaw led the Bulldogs with six points, hitting all of his three shots inside the paint. Junior Skylar Logan, sophomore Roleeke Smith and freshman Jacob Qualls each had four points for the Bulldogs.

“In time, experience becomes a great teacher,” said Thomas. “We were watching a lot tonight and not moving. We have to watch film and correct that in practice. We have to have good spacing.”

Despite the losses to start the season, Thomas said he loves the position his team is in.

“At this point, it can’t get any worse. It can only go up and that’s what I told the guys after the game,” said Thomas. “I don’t even talk about winning. I just talk about the process of what it takes to play a complete game. When you do those things and execute proficiently, winning takes care of itself.”

Burgin will be back on the court on Saturday, Dec. 14, when they host Frederick Fraize at 4 p.m. 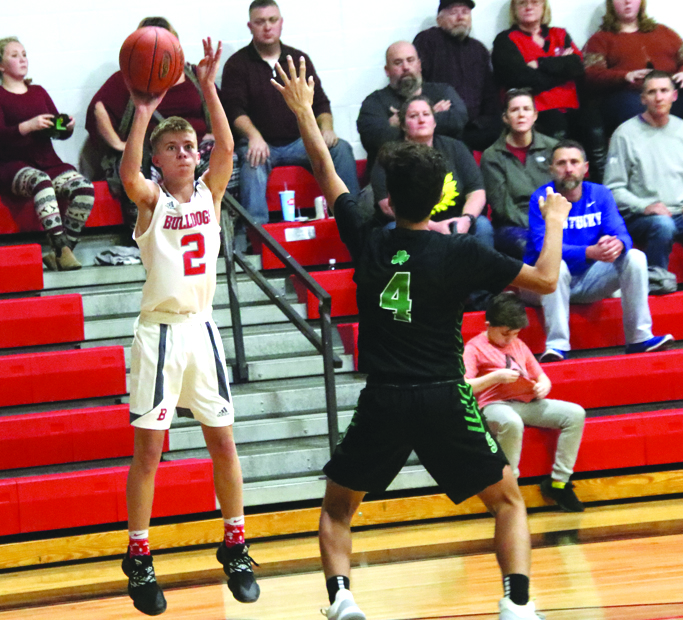