Upperclassmen have hopes of ending careers at Rupp 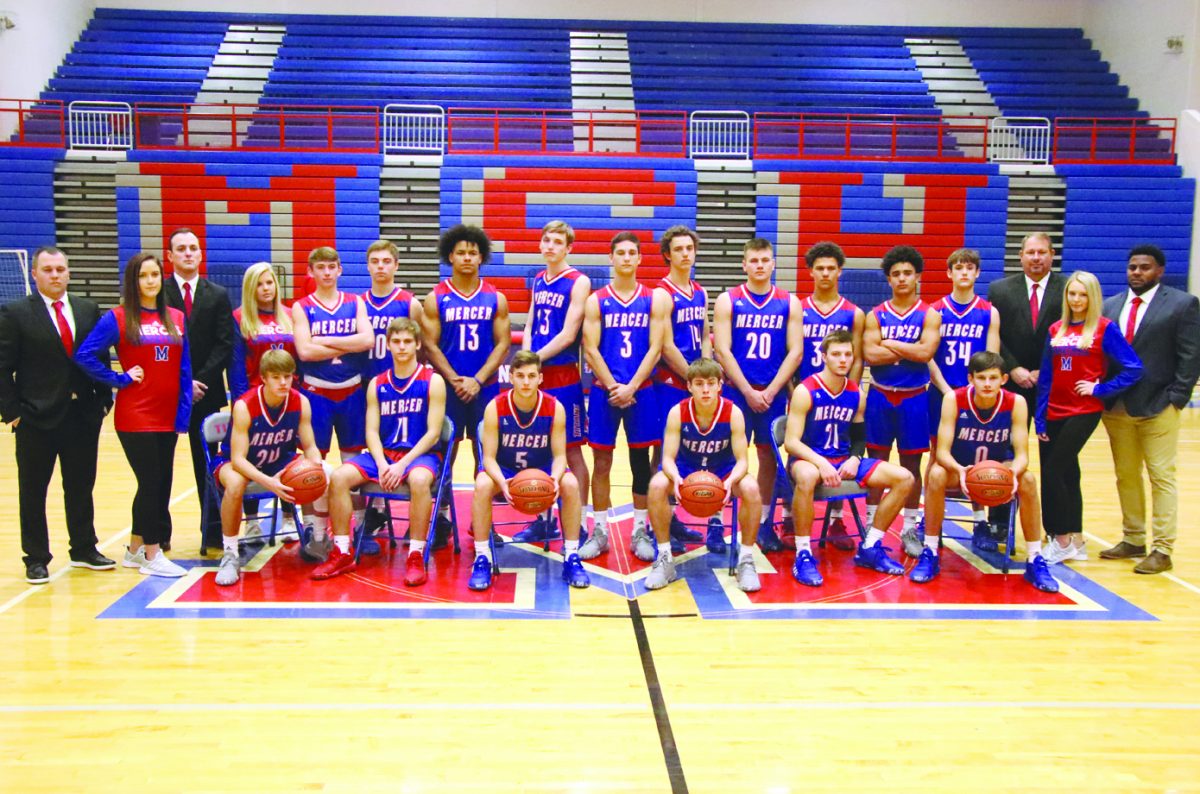 In his third season on the Mercer County sidelines, Head Coach Josh Hamlin has had the tough task of replacing back-to-back 12th Region Players of the Year and one Mr. Kentucky Basketball winner.

“It’s the first time in school history we’ve had back-to-back players of the year in the region,” said Hamlin. “Both of them are very deserving.”

Hamlin is confident that his bigger than usual senior class can lead this team to where it wants to be at the end of the season, playing for a state championship at Rupp Arena in March.

“This is the earliest we’ve probably had our football guys. A lot of it is due to them playing in that crazy, tough district with DeSales and CAL,” said Hamlin. “But so far we’ve put in a new offensive system and new defensive stuff so they are still getting their feet underneath them. Practice has been really good and very competitive. We’re tougher physically and mentally thus far than what we’ve been in the past.”

The Titans have won 126 gmes over the last five seasons, which is good for one of the top programs in the region and the state.

“We’re really lucky with our nucleus of Kaelin, Jamisen, Bryson and Trey,” said Hamlin. “We’ve had those guys contribute for the past couple seasons. We’re going to have our hiccups. Early on, we’re going to make it an emphasis to play eight or nine guys to see who responds.”

Warren is the newest member of the team, finishing off an impressive football season and baseball season last spring. Hamlin is excited about adding a player and person of Warren’s caliber to the roster.

“Dillon (Warren) is just a great kid. He is what you want in a player. He works extremely hard and he’s very humble,” said Hamlin. “When he approached us about coming on and playing, you never heard a coach say a bad word about him. He’s All-Region in football, baseball and track. He reminds me a little bit of Trevon (Faulkner). He seems to excel at whatever he picks up.”

Wessling will not start the season due to a hand injury, but Hamlin knows he will be a big influence whether he is out on the court or not.

“We’re really looking forward to him getting back. He just does a lot of things right. He leads in the locker room for us, leads defensively and is always around the ball,” said Hamlin. “We’ve got some other seniors like Micah who puts in the time and effort and is ready to step into his role.”

This group is more special than the others, said Hamlin.

“This senior class is exceptionally special to me. This is my first group when I got to Mercer County and Harrodsburg,” he said. “I’ve watched them grow from teenagers to young men. As a coach, that’s the most important thing to us. We’re going to have a couple kids who will play at the next level in different sports, but we also have a lot of bright kids who excel in the classroom. This is going to be a tough class to replace and that’s just a testament to those kids.”

Price and Yeast are expected to battle down low and man the paint. Yeast and Price were both second on the team in rebounds last season with six rebounds each per game.

“Those guys know what to expect and what I expect out of them,” said Hamlin. “They will be a huge part of what we do on both sides of the floor.”

Drakeford returns as the leading scorer, averaging 13 points per game last season. Lewis was the third leading scorer last season, but will be counted on to provide leadership late in games.

“I think Kaelin is very underrated and I hate using that word. His last game last season, he flirted with a triple double, but he’ll tell you that he didn’t shoot the ball well and did not play to his potential. He could very well average close to a triple double this year with all the things he can do on the court,” said Hamlin. “Jamisen has been big for us the last couple seasons and I expect the same this year. He is one of the quickest guards in the region, if not the quickest, and he can use that as a strength late in games. I think both Kaelin and Jamisen can put up player of the year type numbers. Those are things we tell our guys. There is no reason they can’t win player of the year or win Mr. Basketball here. It’s a fun time and also a challenging time.”

Drakeford gave his thoughts on what the Titans need to do better this year.

“We want to be the best leaders we can. Last year, we didn’t have many seniors,” said Drakeford. “We want to have a family atmosphere and create a positive culture. I’ve improved my free throws. I’m just trying to be more of a leader this year. The game has slowed down a lot for me. We need to get after it and bring energy every practice and game.”

Lewis said one of his main goals is the lead the team as one of the seniors and get to Rupp.

“We just have to keep everyone’s confidence high. We need to encourage the younger guys as much as we can,” said Lewis. “I’m a lot better shooter this year. I know that. I’m a lot more confident. I just trust myself a lot more. I know the ball will be in the my hands a lot so I’ll just be more confident. We can go to Rupp. No doubt.”

Yeast gave his thoughts on his senior season and also said he is trying to be more of a vocal leader this year.

“Coach Hamlin wants to get me involved in the offense more. I just want to be the man in the middle,” said Yeast. “I want to show the others guys by example with my effort. I improved my effort and attitude so that will help me a lot.”

Sam Baughman and Bryce Walton are the two juniors on the roster. Baughman returns for another year, while Walton enters his first season playing high school basketball. Baughman is capable of stepping out and shooting the three. If Walton is anything like he is on the gridiron, Hamlin got a good one. Walton brings hustle and energy on both ends of the floor and will be a key contributor.

Two sophomores and three freshmen make up the underclassmen for Hamlin’s Titans in 2019-2020.

Aaron Caton and Brayden Dunn, who also play football, will be counted on for their physicality in games. Both Caton and Dunn bring similar, fearless mentalities on the court which will be a big plus for the Titans.

“They are all very talented, but very raw. Having two of them out of three since July and to see their growth since then is very promising for our future,” said Hamlin. “Jaevyn is a gifted athlete. One of our first days of practice, he steals the ball, takes two dribbles from half court and dunks it left handed. We just see a lot of glimpses from these young guys and we’re going to put them in some spots this year where they’re going to have to be uncomfortable, and they might fail, and I hope they do. I know that might sound crazy, but for them, they are going to be a big part of what we do going into the future. Them having those failures this year is just going to lead to more success.”

The Titans will play in two big mid-season tournaments this season.

The Hilliard Lyons Holiday Hoop Classic in Danville and the Kentucky 2A Championship Sectional Tournament at a sight TBA.

Hamlin will also get the opportunity to coach against his alma mater and former coach, Tony Pietrowski of Corbin.

“We were looking for games and I called Coach P and we set up a home and home schedule. It’s odd. I will say when I coached against him a few years ago in Corbin, I look up and see the banners that says you won a region title, it’s one of those feelings that come up when the game approaches,” he said.

Hamlin is 1-1 against his former coach.

“It’s always fun. It’s great to play in games like this. Corbin is a big part of my past and Coach P has been great to me and helped me out as so many other coaches have. It’s cool I get to go down there and coach in front of family”

Hamlin talked about what the Titans need to do this season to avoid a first round exit in the region tournament.

“Over 125 wins over five years, you’re one of the top five or six winningest programs in the state in that span. This program has played in three region championships in those five years, winning one of them. The thing is we’re a big game for people. Kids graduate, but the success hasn’t,” said Hamlin. “Luckily this year we have those guys that have gone through hiccups and know what it takes. We are not the best team in this region right now, but we can be. As long as we give ourselves a chance to be there, we’ll be prepared and ready to go to battle.”

Kasey McRay, Brian Pendygraft and Mark Dunn return as the assistant coaches for the Titans.

On Saturday, Dec. 7, the Titans will host Holy Cross from Covington in the McRay Feed Classic at 7:30 p.m