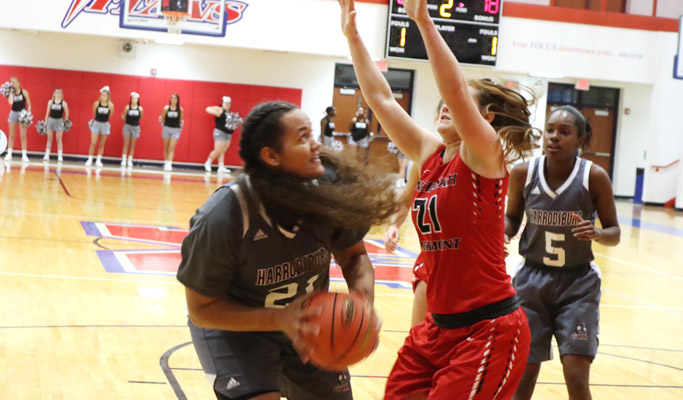 CU-Harrodsburg’s Makala Smith (21) goes for a basket under the goal against UC-Clermont on Saturday, Nov. 23, at MCSHS. (photo by Alston Geers)

With wins over Simmons College, Cheyney University, Trinity – Washington, Carlow, Oakland City University and Andrews, the Lady Pioneers are rolling to one of the best records in the country within the NCCAA.