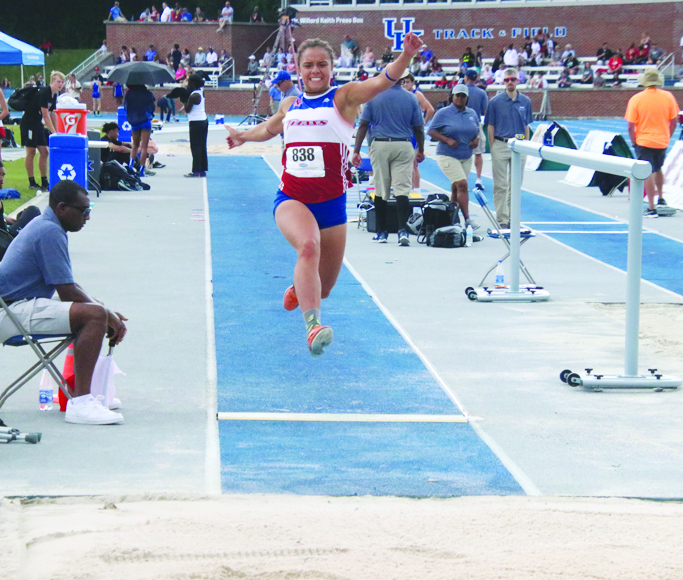 Competing at the college level is a dream for a lot of high school athletes. That dream turned into a reality for one Mercer County track and field star.

Senior Jasmine Claunch recently announced via twitter (@JasmineClaunch) that she verbally committed to continue her track and field career at Murray State University.

“Murray State just felt like home. I felt so at ease on my overnight visit. The team and coaches were so welcoming,” said Claunch. “I loved the campus and the area. It was just overall a great fit. I just got that feeling when I was there. I prayed about it and finally decided to take the next step.”

Claunch can now focus solely on her senior year and not worry about having to decide on her college choice as the season approaches or during the season.

“The whole recruiting process was honestly so fun because it’s when I realized I have an opportunity to do what I love at the next level. At the same time, it can be overwhelming because it’s the first big decision you’re making for the next four years of your life,” said Claunch. “But overall, I really enjoyed it and I appreciate all the coaches who took the time to recruit me. It’s definitely an experience I will never forget.”

Claunch is being recruited to Murray State for triple jump. Her track journey started a little later than others, only competing in sprints at the beginning of middle school and then began jumping during her eighth grade year.

“I immediately fell in love with long and triple jump and I knew it was something I wanted to continue to do,” said Claunch.

Mercer County track and field head coach, Terry Yeast, said Claunch’s work ethic is what separates her from a lot of athletes that he’s coached.

“It’s one of those things where you tell kids when you work hard, it pays off. I’ve been coaching for a long time and Jasmine is probably the hardest working kid that I’ve ever coached,” said Yeast. “She is getting exactly what she has earned. I’m just super proud of her.”

Yeast said her work ethic will pay off even more at the next level.

“The thing she is not getting enough of now is that they’re going to make her whole body change. As hard as she’s worked, now it’s going to be specific to triple jump,” said Yeast. “When they change her eating habits and everything they do for her, it will only make her a better athlete. It’s going to be fun.”

Claunch said she wouldn’t be where she is today without her coaches.

“We hands down have the best coaching staff in Kentucky and I am extremely grateful for every single one of them,” she said. “They all mean the world to me and I’m sad to be leaving them after this season. There have been so many people who have invested so much time into me and I’m forever thankful. I have such a great support system and I couldn’t do it without them. My parents have been nothing less than great. They push me to be the best athlete and person I can be and always make sure I have the resources needed to help better me.”

Claunch’s jump coach, Daylen Morris, who is on the Mercer County track and field coaching staff, started individually working with her after her freshman year and it has paid dividends.

Like Yeast, Morris said the most impressive thing about Claunch is her work ethic.

“She’s the hardest worker with a great attitude, smile and with a personality that forces everyone that’s around to love being around her. She’s that athlete who’s first at the track and the last to leave,” said Morris. “She’s never satisfied with results and is always trying to figure out ways to further her jumps. Jasmine just loves everything about track and field. The work, the days spent at practice and meets. You don’t see many athletes who love practice, but she truly does.”

Morris said it’s a rewarding feeling as a coach seeing an athlete you’ve coached and worked with go on to further their athletic career at the next level.

“It’s very fulfilling. We have always said “championships and scholarships” with the time we have spent outside of normal practices trying to reach the goals we’ve set, it makes it all worth it,” he said. “She’s one who appreciated all the coaches who reached out to her no matter what level they were. I’m just so happy for her that her dedication and commitment to track has allowed her to receive an opportunity to compete at the division one level as a student athlete.” 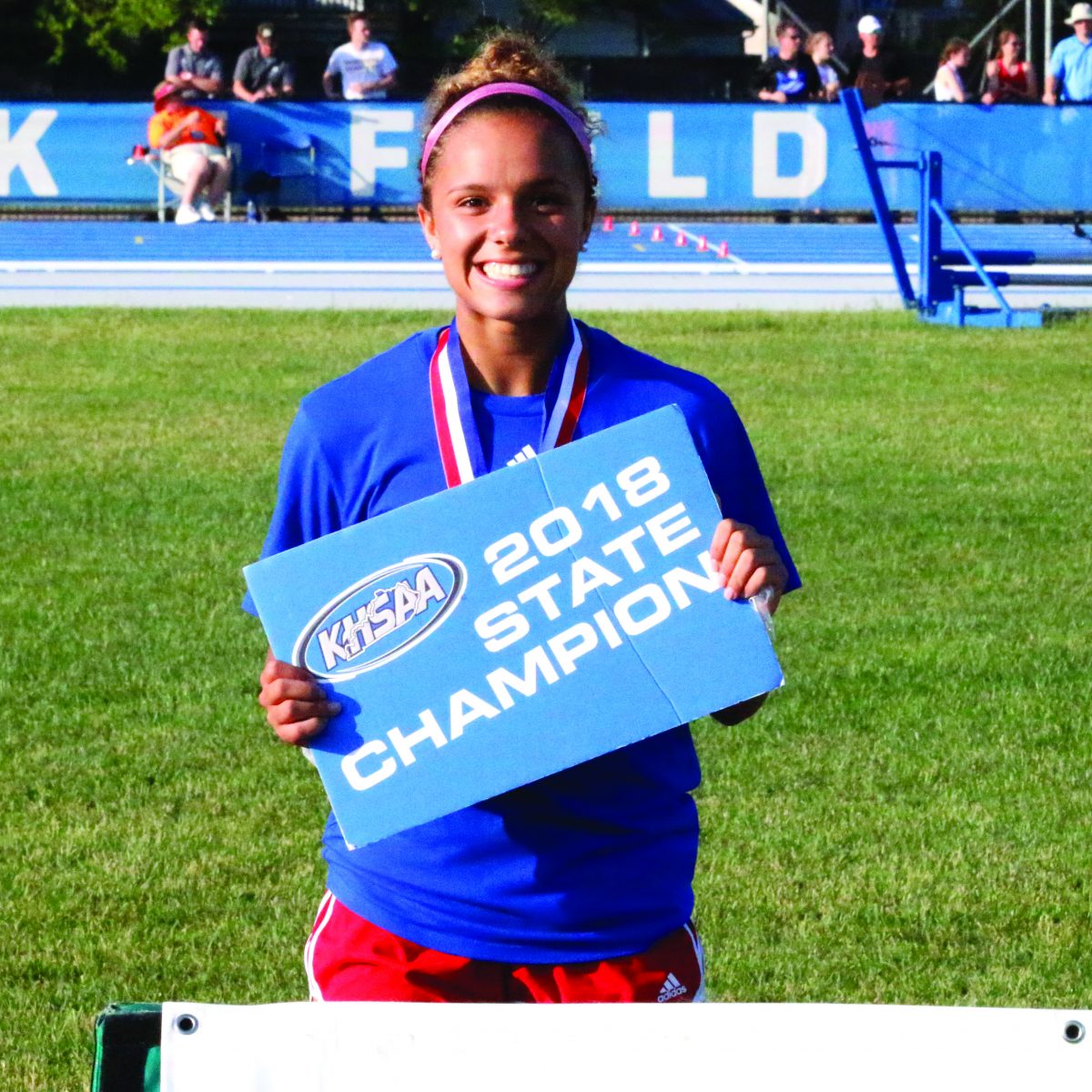 Claunch pictured after winning the individual state championship in triple jump in 2018. (photo by Arpan Dixit) 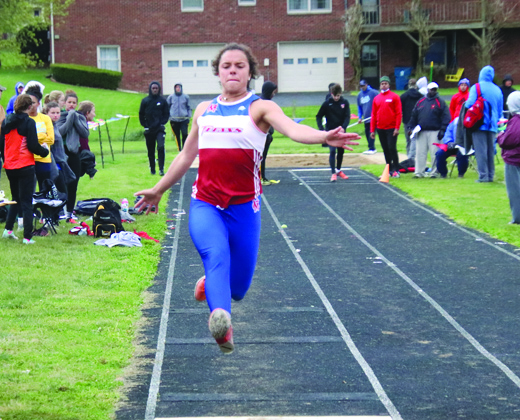 Claunch competing at the annual Heart of the Bluegrass meet at Alvis Johnson Field this past Spring. (photo by Arpan Dixit)