Titans rush for 212 yards and 4 TD; 4 takeaways on defense 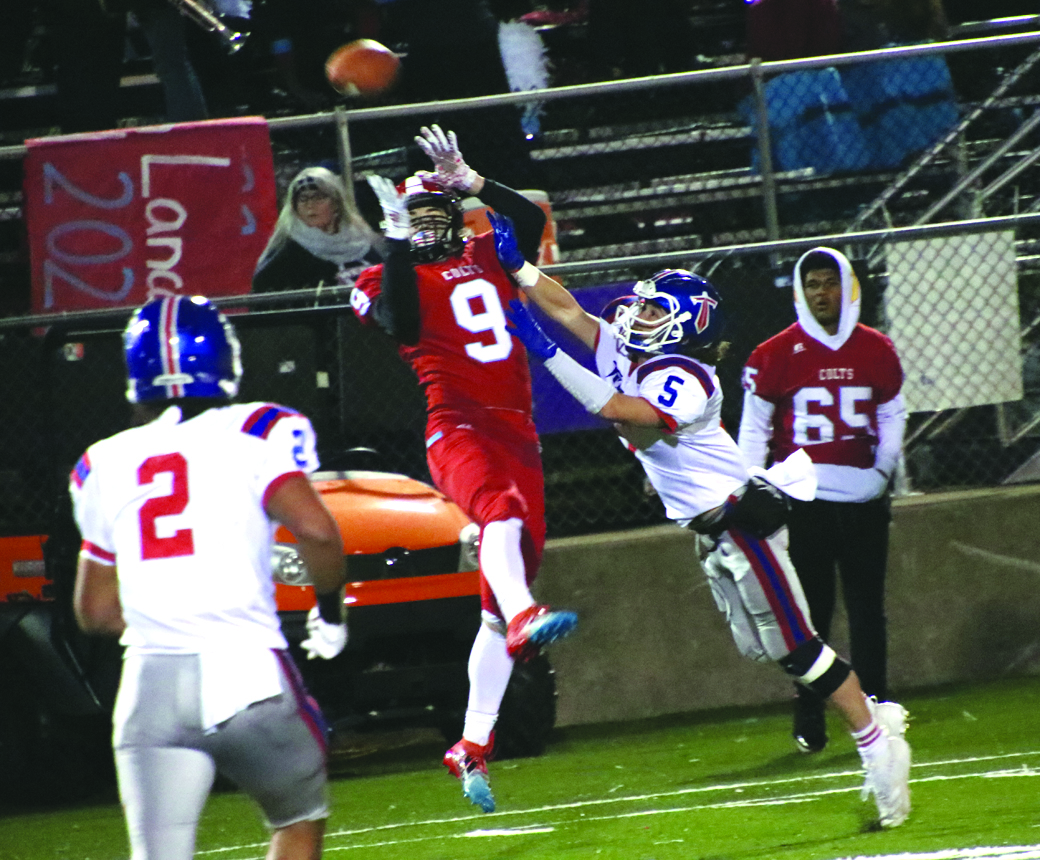 It’s easy to overlook a winless team heading into the first round of the state playoffs this week, but the Mercer County Titans (8-2) didn’t let their looming rematch with the Christian Academy of Louisville this Friday, Nov. 8, get in the way of their regular season finale with rivals West Jessamine (0-10) this past Friday, Nov. 1.

The Titans shut out the Colts by a final score of 36-0 in a game where the Titans dominated on the ground, rushing for 212 yards and four scores.

Mercer County finishes the regular season with eight wins, the first time they have done so since the 2006 season, the year they won the state title.

“You know, we won eight games, and we went to a couple pretty tough places to get two of them. Going to Anderson and going to CAL was no easy task. I’m really proud, not just to the guys this season, but the ones that were previously here that have really helped get our program turned around,” said Head Coach David Buchanan. “I really appreciate all of them.”

Mercer County received the opening kick-off and made quick use of their drive. After senior Kobie Wessling recovered an onside kick attempt on the first play of the game, the Titans started on their 45-yard line. After senior quarterback Kaelin Drakeford picked up a first down inside West territory, sophomore running back Brayden Dunn finished the drive with a 36-yard score up the middle. Dunn now has eight rushing touchdowns on the season, second to senior Malachi Yulee’s 14. Dunn also finished with a team-high 82 rushing yards for the game.

After forcing a punt on West’s first possession, Drakeford found senior wide receiver Dillon Warren for a 47-yard score down the Colts sideline. The Titans quickly had a 14-0 lead with five minutes to play in the first quarter.

West Jessamine continued to struggle on their next time, this time at the hands of the Mercer County defensive line. After back-to-back sacks by sophomore Brent McKitric and senior Isaiah Dismuke, the Colts punted on fourth and long.

Mercer County’s next drive didn’t last very long after senior running back Peyton Owens was hit from behind, fumbling the ball back to West Jessamine at their own 32-yard line.

After Kane Lathery picked up a first down on a pass from Noah Reliford on fourth and 15, the Colts were in prime position to score. Mercer County’s defense has been big all season long when it’s mattered the most, and they did just that as the Colts were threatening. Sophomore linebacker Jalen Lukitsch picked off Reliford at the goal line and returned it all the way to midfield. Lukitsch lost his footing on the turf around the West 45-yard line or else he would’ve taken it back for six.

The next Titan drive ended on a 19-yard rush up the middle by senior Bryson Yeast, who broke multiple tackles and carried multiple West defenders on his way to the end zone. The drive was set up by a 14-yard rush on a reverse by senior Jamisen Lewis and a quarterback keeper by Drakeford on fourth down.

The Titans took a 21-0 lead into the locker room.

West Jessamine continued to struggle on the offensive side of the ball, being forced to punt on their first possession coming out of halftime. Lewis was able to return the punt 48 yards all the way to the West 15-yard line. Drakeford finished off the drive with a 15-yard score up the middle. Drakeford finished with 35 yards and one score on the ground.

After it looked like the Colts were finally going to score, the Titan defense, specifically Lukitsch, came up big again. He was able to make a one-handed interception off the throw from Reliford to set the Titans up at their own 20-yard line.

Sophomore quarterback Trosper Buchanan lined up under center for the next drive following the takeaway by Lukitsch.

Buchanan’s first pass went to Yeast for 18 yards down to the West 10-yard line, where Yeast later ran it in off a toss. The Titans converted the two-point conversion to make the score 36-0, bringing on the running clock with one minute left in the third quarter. Yeast finished with four rushes for 39 yards and one score on the ground.

Junior linebacker Bryce Walton intercepted Reliford on the next West possession for Mercer County’s third takeaway of the game.

That interception was Walton’s second of the season, which is tied for second on the team. Walton also carried the ball four times for 17 yards on the night.

The Titans ended up with four takeaways after sophomore Riley Peavler’s interception late in the second half. Yeast was the top tackler for Mercer County with 15, adding to his team-high 117 tackles on the season.

Mercer County continued their dominance on the ground as they have done all season. The Titans have scored 44 times this season, with 33 of those scores coming on the ground. They’ve rushed for a total of 2,356 yards this season.

“Our running backs have led us all season. We think we’ve got a good offensive line and good running backs. The nice thing is that our passing game is starting to click a little bit too. We’re a little bit more balanced and I think that’s going to help the run game even better,” said Buchanan.

Mercer will take on the Christian Academy of Louisville in the first round of the Class AAA state playoffs on Friday, Nov. 8, 7: 30 p.m. at Alvis Johnson Field. The Titans defeated CAL on the road back in late September by a final score of 45-42. Buchanan knows CAL will be a hungry team after his team was able to get the huge district win in their place.

“It’s pretty simple and it’s not different. Every day, we just have to get better. We’ve got to have a great day everyday this week in order to prepare,” said Buchanan. “We have to do what we’ve been doing, which is keep working to improve each day out on the practice field.” 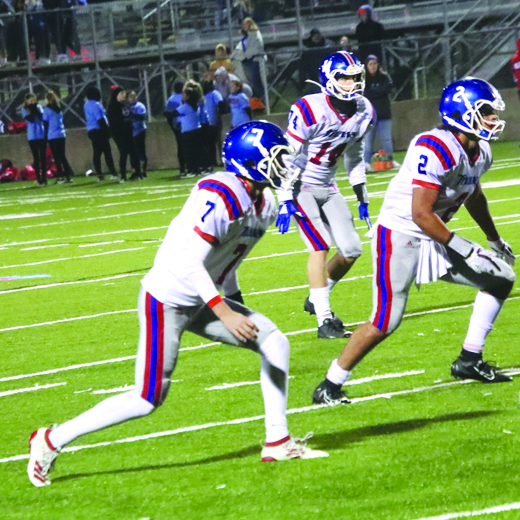 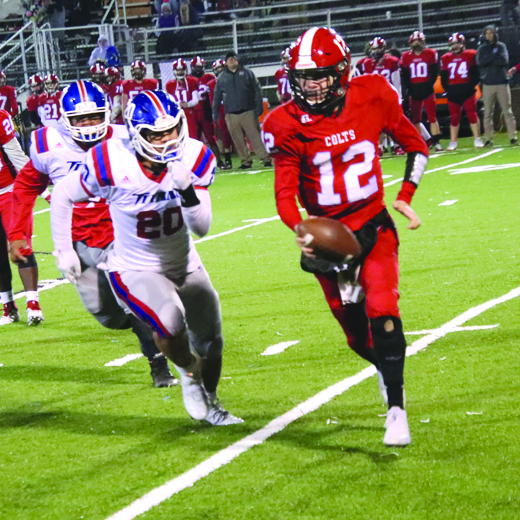 Senior Peyton Owens (left) chases down West Jessamine’s Noah Reliford (12) during a play. The Titans came away with a 36-0 victory over the Colts on Friday, Nov. 1. (photo by Arpan Dixit)