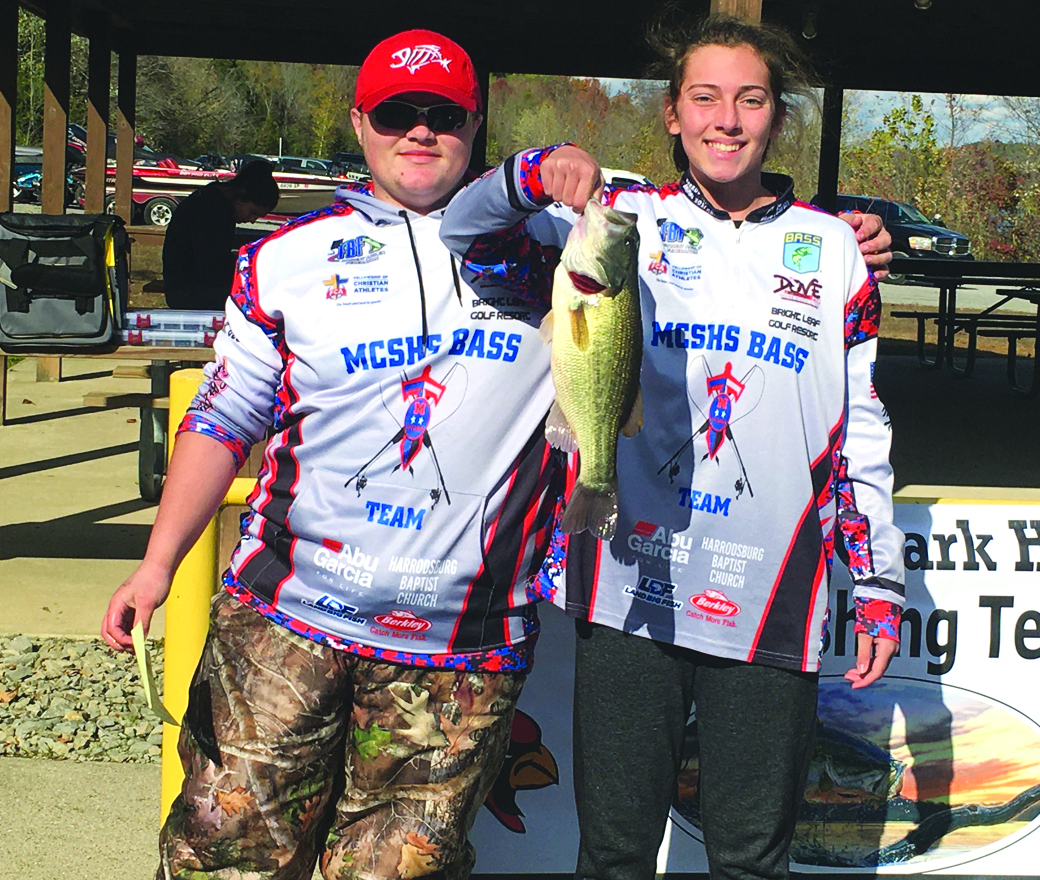 Freshman Hope Lanham (right) and sophomore JC Howard (left) weighed in their bass just under three pounds at a tournament this past Saturday, Nov. 2, at Green River Lake. (photo by Periann Blair)

They weighed in their bass at 2.91 pounds, which was Lanham’s largest bass caught this season. Lanham and Howard finished 17th out of 109 total boats that competed. Only 42 boats out of the 109 on the water weighed in.

“The whole team was so proud of her because they know how hard she works,” said Head Coach Periann Blair.

Lanham is the only female on the bass fishing team and Blair hopes that she can inspire other girls to come out and fish on the water.

“Where do I start with this amazing young lady? She is sharing with the guys more on her technique and baits that she is using throughout each tournament. She is picking up new techniques and trying things out of the box. She will show up no matter the weather and stick it out with the rest of the team. She is a great athlete and I can’t wait to see what she brings to the team during the Spring season,” said Blair. “She sets a great example and the boys sure do love having her on the team. They have so much respect for her. She is out there in the rain, snow, heat or cold with the rest of the team. As a coach, I am hoping other girls will see this and would think about joining the team next year.”

“I told them I am extremely proud of them. We are still a young team. The lake conditions were hard and the weather has been rough to deal with, but those are things that are out of our control,” said Blair. “None of my kids gave up and fished their hearts out until the end. We have had a strong season and they have a lot of people that are proud of them,” said Blair.

The next tournament for Mercer bass fishing will take place on Saturday, Nov. 23, at Cumberland Lake.