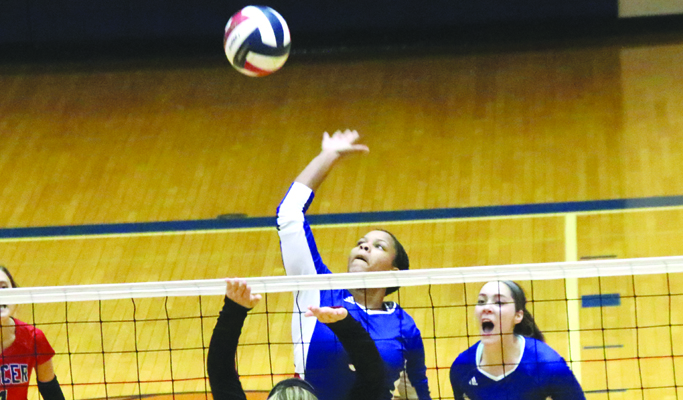 Mercer County senior Zoë Yeast soars for a kill against Lincoln County in the first round of the 12th Region Tournament on Monday, Oct. 28, at Southwestern High School. (photo by Arpan Dixit)

After suffering a tough loss at the hands of the West Jessamine Colts in last week’s district tournament, the Mercer County Titans  (18-7) have quickly forgotten about that loss and didn’t let it linger in a 3-1 victory over the Lincoln County Patriots in the first round of the 12th Region Tournament on Monday, Oct. 28, at Southwestern High School.

The Titans started off slow in the first set, but settled in and were up 21-17 after the Patriots called a timeout to regroup.

Unfortunately for the Titans, Lincoln County stormed back and were able to take the first set 26-24.

“We did not play to our intensity level to start out. We had a ton of unforced errors. I was not happy with how we played and the girls were not happy with how they played. So hopefully that will work to our advantage come Wednesday,” said Head Coach Lynn Flach.

Much like the first set, the second set was a close one.

The Patriots were able to take an 8-6 lead after the first 14 points, but the Titans were able to capitalize on numerous Patriot errors to come back and take a 19-15 lead before Lincoln County was forced to call a timeout.

The Patriots faulted on their serve to end the second set, 25-20, in favor of the Titans.

That’s when Mercer County got going. The Titans won the third set with ease, 25-16, and the fourth set was much of the same. A kill by senior Zoë Yeast gave the Titans a 17-9 lead in the fourth set, which eventually went to the Titans 25-18.

They didn’t play their best today, according to Flach, but were good enough to get the win.

“When we’ve started off slow in the past and not played to our potential, we usually come out the next game ready to go,” said Flach. “So I’m hoping that will happen in the next round and I’m hoping nerves don’t get the best of them playing in the region semifinals.”

Senior leadership has been key for Mercer County this season. With six seniors on the roster, winning 18 games out of 25 has been a large part to experience. Even the underclassmen have a ton of experience at the varsity level. Flach hopes that experience will be good enough to propel the Titans into the region championship.

Senior Jaclyn Devine, who leads the Titans in kills this season, added to her season total with 14 to lead the team. Despite leading the team in kills, Flach thought Devine struggled a little bit and is hoping she returns to top form after injuring her wrist during the district tournament.

“She struggled offensively, and I know she knows that,” said Flach. “She will come out much stronger in our next match, I’m sure of it.”

“Haven (Six) did not have her best game. She runs our offense so we need her to be at the top of her game if we want to advance,” said Flach. “Hopefully by the next round, she is up to par and we have our team fully healthy.”

Senior Hanna Blevins, who had a season high in kills with nine, had one of her best games as an outside hitter, said Flach.

“Hanna (Blevins) did a great job with digging and defense. I was proud of the way she came out and competed,” said Flach.

Senior Brinkley Prewitt led the Titans in digs with 21.

Another bright spot came from one of the youngest players on the team. Freshman Jai Maria Piazza had nine kills, and a lot of them were timely. Piazza’s placement on a lot of her hits forced Lincoln County to dive for a ton of balls that they weren’t able to hit back.

“For a freshman, she had some really big hits tonight,” said Flach. “She hit a shot in the second set which really changed momentum in our favor. To have a freshman step in and not be afraid of those chances, was really huge.” 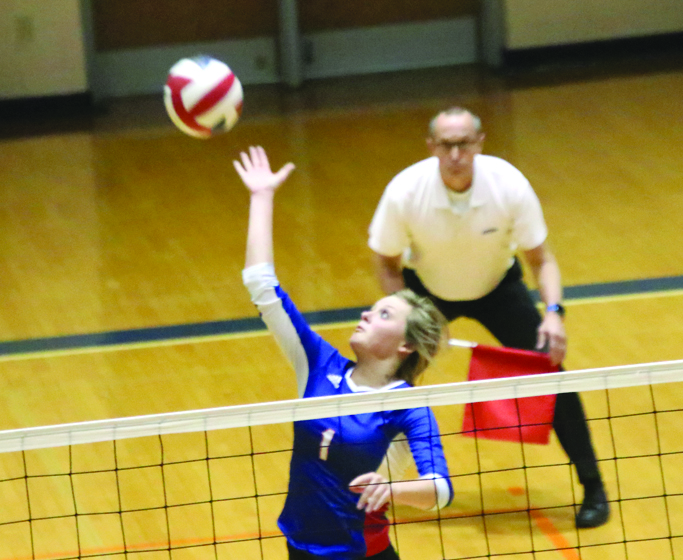 Mercer County senior Hanna Blevins soars to hit a ball back during a rally against Lincoln County in the 12th Region Tournament. Blevins had a season-high nine kills in Mercer’s victory. 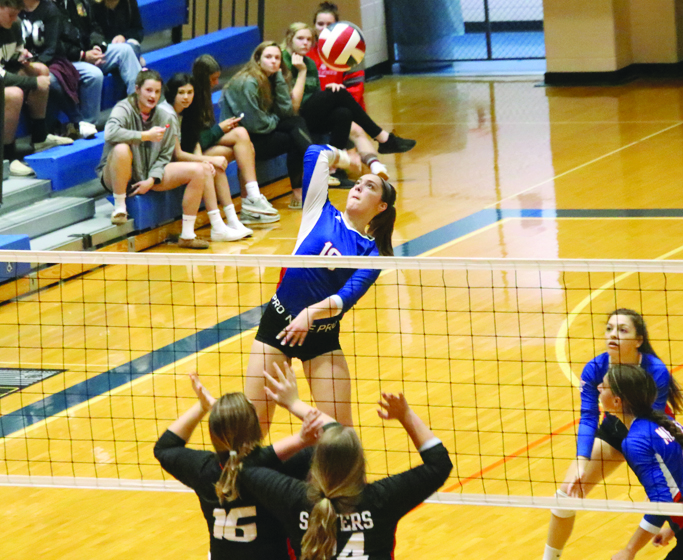 Mercer County senior Jaclyn Devine connects on one of her team-high 14 kills against Lincoln County in the first round of the 12th Region Tournament. 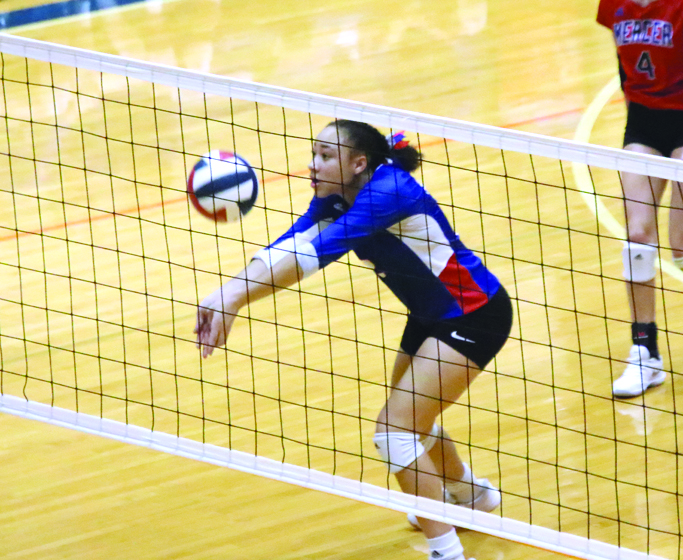 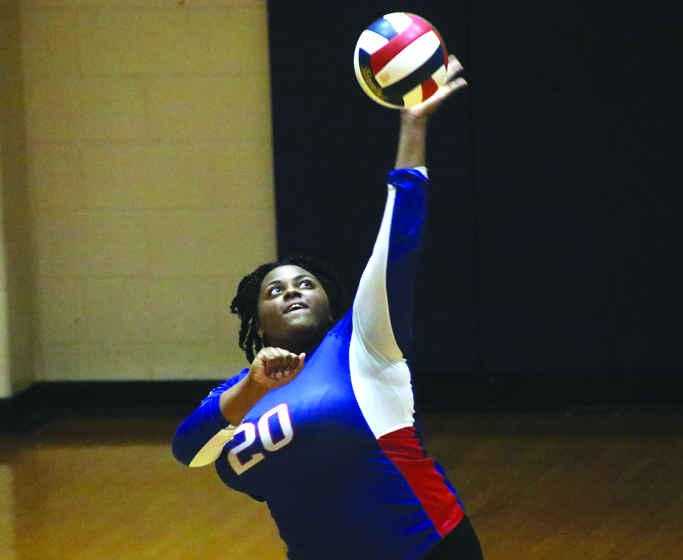 Mercer County senior Kaelynn Jones uses all her power in a serve against Lincoln County in the first round of the 12th Region Tournament on Monday, Oct. 28, at Southwestern High School.