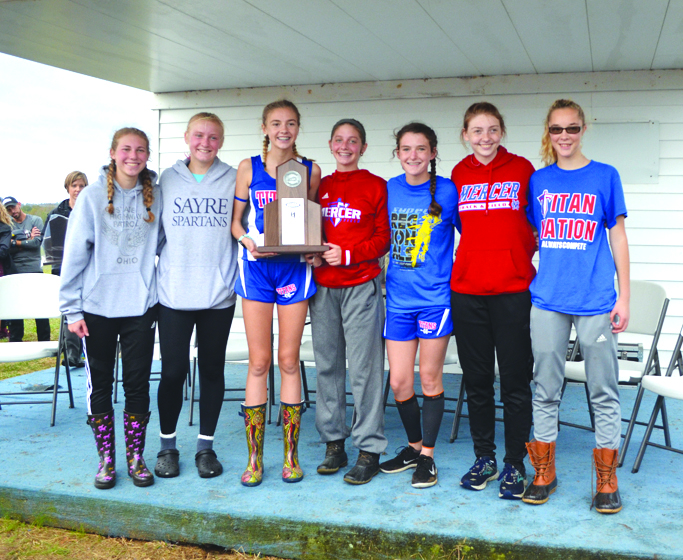 Pictured above are a few members of the Mercer County girls cross country team with their runner-up trophy at the region meet in Wayne County on Saturday, Oct. 26. (photo submitted by David Teets)

The Lady Titans placed second overall, behind region champion Boyle County, qualifying them for state as a team.

For the Lady Titans, freshman Clayra Darnell was the top finisher, placing fourth overall in 20:59.63. Senior Haley Blevins was the other Lady Titan to place in the top-10, placing 10th in 22:46.89.

Head Coach David Teets has coached the girls since their middle school days and has loved the growth they have had on the course leading into their high school careers.

“They are just an awesome group of girls. They have consistently shown a hard work ethic in practice and at meets since day one,” said Teets. “They hold high expectations of themselves. I saw them somewhat disappointed this year placing second in the region instead of first. However, earning second place is awesome considering they were predicted to finish in fifth place.”

The Titans placed sixth overall in the meet and are sending two runners, senior Cody Curtsinger and sophomore Jonah Lewis, to state after they were able to qualify individually.

“Cody (Curtsinger) is a hard worker and learned a hard lesson last year at the state meet by not hydrating enough before the cold meet.  This year he is going to battle with the big runners and hopefully earn a personal best time at his last high school meet,” said Teets. “This will be Jonah’s (Lewis) first state meet but he has run in one or two big meets this year for me and he knows what to expect as far as numbers.  Jonah is a talented runner and will perform well at the state championship.”

After Curtsinger and Lewis, five other Titans competed in the race.

The cross country state meet will be held on Saturday, Nov. 2, at Kentucky Horse Park in Lexington.

All photos submitted by David Teets:

The Mercer County girls and boys cross country teams are pictured above before the Class AA Region 5 meet took place in Wayne County on Saturday, Oct. 26. The girls team finished second, qualifying them for state as a team, while Cody Curtsinger (back row, far left) and Jonah Lewis (back row, second from right) qualified individually. 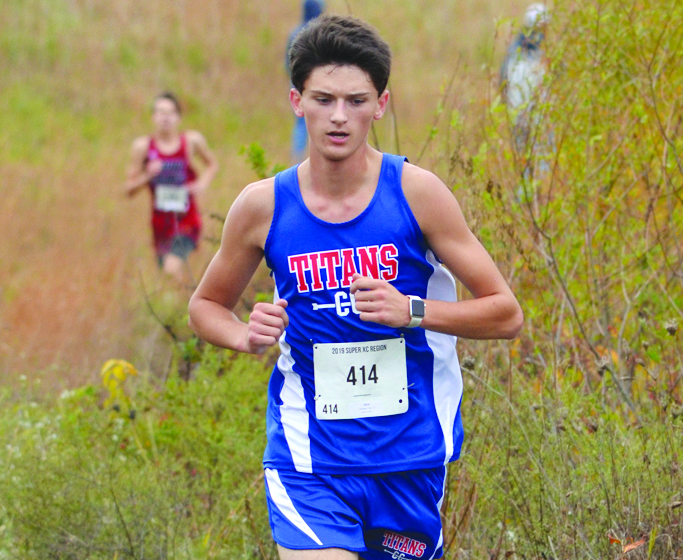 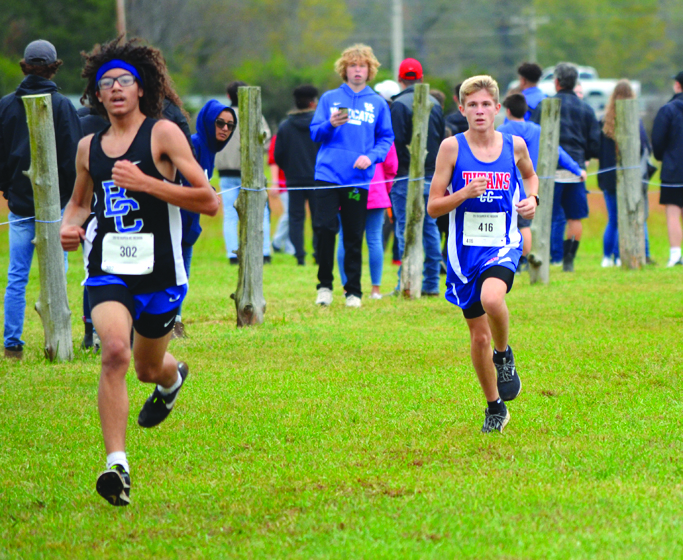 Mercer County sophomore Jonah Lewis (right) chases down a runner at the region meet on Saturday, Oct. 26. Lewis finished in 23rd place, qualifying him for state. 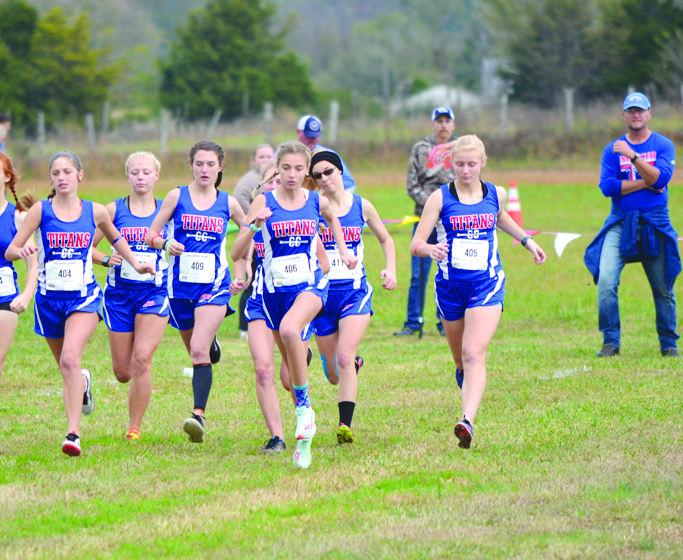 The Mercer County girls cross country team sped up out of the gate during the region meet in Wayne County on Saturday, Oct. 26, with Head Coach David Teets (far right) looking on.