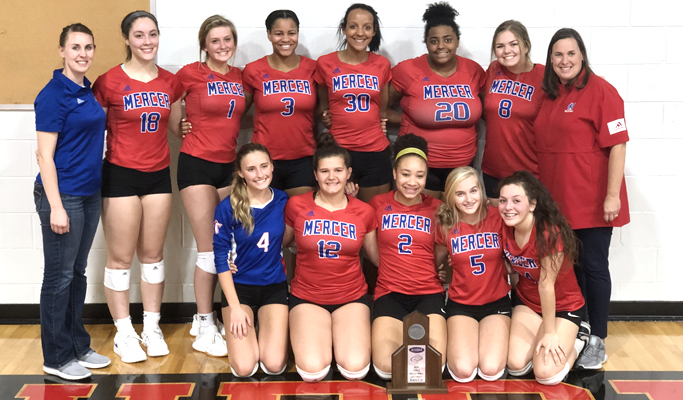 Pictured above is the 2019 Mercer County Titans Volleyball team with their 46th District Tournament runner-up trophy. (photo by Arpan Dixit)

The Mercer County volleyball team (17-7) competed in their first postseason tournament of 2019 at the 46th District Tournament on Monday and Tuesday, Oct. 21-22, at Burgin Independent School.

They were up against the West Jessamine Colts (23-14) in the championship game after defeating East Jessamine in the first round.

Here is a recap of their two games.

Despite missing one of their top players and assist leader, sophomore Haven Six due to illness, the Titans came out and gave West a battle in the first two sets. With Six being out, sophomore Salena Cox stepped in and was the primary setter and Head Coach Lynn Flach was proud of her effort.

“I’ve got to give a lot of credit to Salena (Cox) who was also sick, but came in a gave us a chance to win. For all the things going against us, we played really well,” said Flach. “It gives me a lot of hope for the region tournament next week. We’re going to come back and practice hard for three days and hopefully we’ll get over all the illnesses and injuries and be healthy. I really look forward to next week. If we’re playing well, we can make some noise.”

The Colts were able to pull away in the first set, 25-15, after the Titans kept it close by keeping rallies alive and hitting timely shots. In the second set, it was anybody’s game up until the last point.

It was tied at 22 before the Colts were able to capitalize on a couple mistakes by the Titans, winning the next three points to close out the set.

West was able to continue the momentum into the third set, winning 25-10.

Tournament MVP Josie Disponette made her presence known, with her tall frame, blocking and putting away kills to prevent the Titans from coming back in the first and third sets.

Seniors Jaclyn Devine and Brinkley Prewitt were named to the 46th District All-Tournament Team after the conclusion of the match.

“It all starts with a pass and to me, there is no one better in the region than Brinkley when it comes to passing. That girl can get everything up and put it right where it needs to go,” said Flach. “Jaclyn and Brinkley are two of my captains and have been the captains all year. They just lead this team with very controlled composure and they are a lot of fun to coach.”

Mercer County won the previous two matchups with ease in straight sets. Any coach will tell you it’s tough beating a team three times in a season and that certainly was the case in their third matchup, at least it was in the first set.

East Jessamine came out on a mission, winning the first six out of eight points to take a 6-2 lead. The Titans stormed back and took a 9-7 lead but tension still grew.

East Jessamine kept it close, capitalizing on a couple unforced errors by the Titans. Mercer held a 22-20 lead, and Head Coach Lynn Flach didn’t take a time out to regroup. She let her team, led by a strong crop of seniors, battle it out and they did, winning the set 25-22.

“We came out flat and I don’t think that we were mentally prepared for East Jessamine to come out as strong as they did. The first two times we played them, they didn’t,” said Flach. “But, we were able to pull it together and pull off the win in the second and third sets. It’s good to see that we are able to come back, but I’d like to not be in those types of situations to start a match.”

The second set was where the Titans played their best volleyball of the night, limiting unforced errors and capitalizing on the mistakes East Jessamine made.

Devine, like she has all season, led the Titans in kills with 16.

Six, who was visibly fatigued battling an illness, still managed to play a strong game, leading the Titans in assists with 23.

“Your setter is like your quarterback. We sat Haven (Six) for about 12 points in the third set. When you take your setter out, it’s hard to replace even when you have backup setters,” said Flach.

Senior Hanna Blevins led the Titans in digs with 16, while Prewitt was second with 12. Blevins, along with Devine, each had two aces to lead the Titans. Blevins also had four kills along with senior Zoë Yeast.

Senior Maddie Nichols, who is one of the strongest servers on the team, finished the game with one ace.

Freshman Jai Maria Piazza was second on the team with five kills. Piazza has been a strong underclassmen for the Titans all season and Flach is excited to see her grow and gain valuable experience on the varsity level.

“She (Piazza) is a great athlete and I’m excited to coach her for the next three years,” said Flach.

Flach commented on Mercer County’s next opponent in the district championship, West Jessamine, who have won the district title the last seven seasons.

“I think we’ll hopefully see a better game than the last time we played West,” said Flach. “We have to serve well and all of my six people on the court have to be at the top of their game. If we do that, we have a good shot.”

The Titans improve to 17-6, their best record under Flach at this point, late in the season. 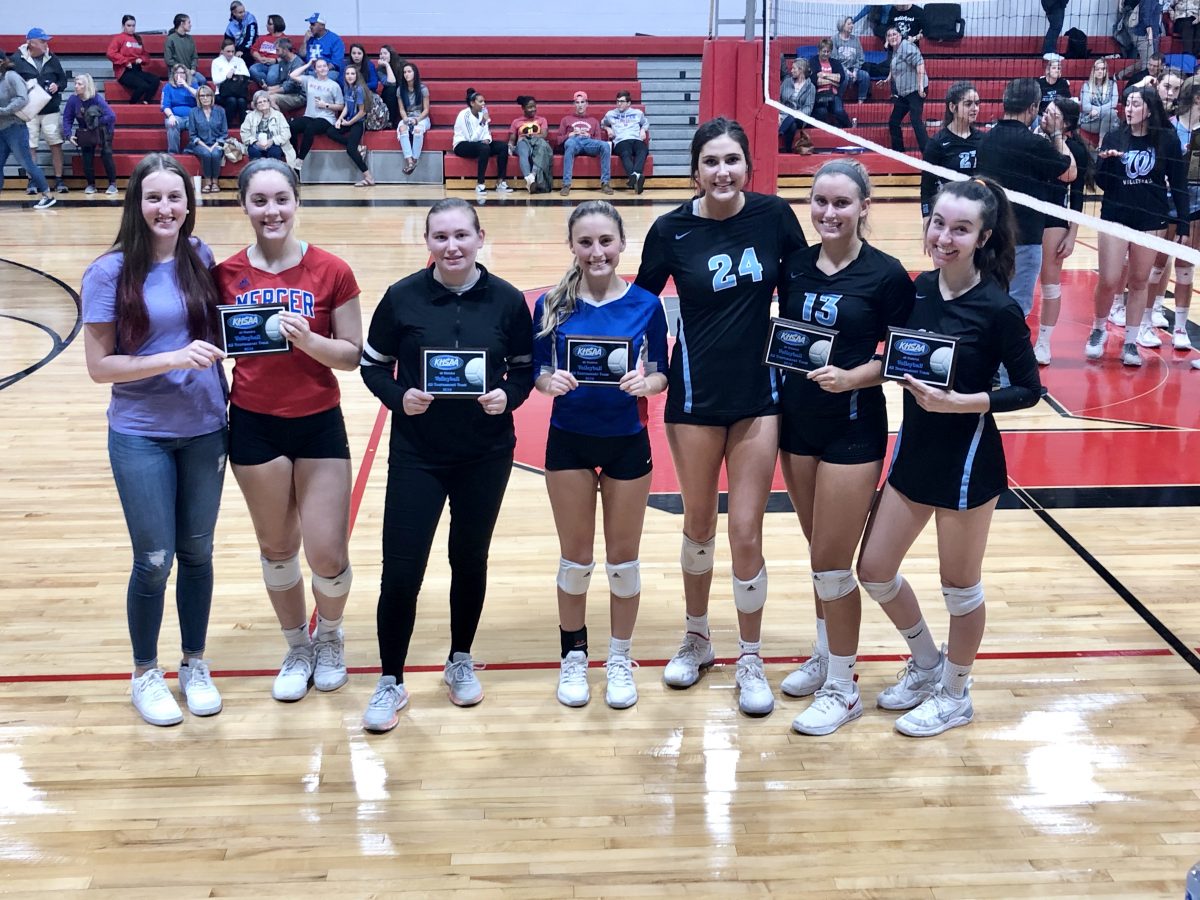