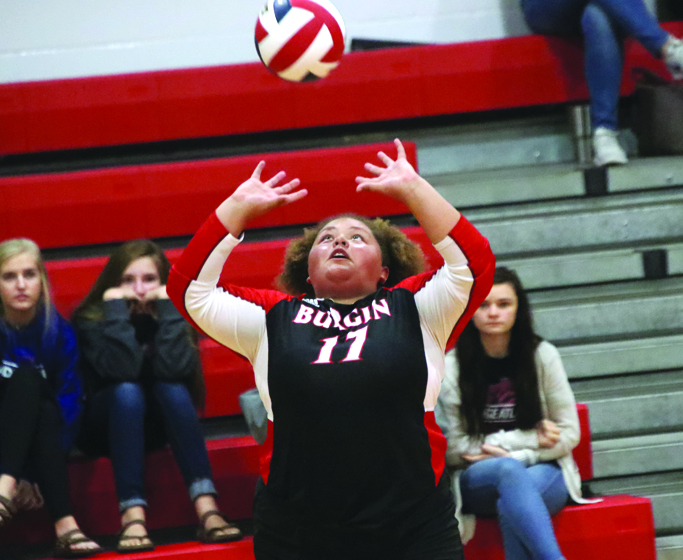 Burgin sophomore Miracle Spencer sets a ball during the first round of the 46th District Tournament against West Jessamine on Monday, Oct. 21, at Burgin Independent School. (photo by Arpan Dixit)

The Burgin Bulldogs volleyball team (4-18) were served with a tall task of taking down the defending seven-time 46th District champions, the West Jessamine Colts (22-14).

The Bulldogs have been faced with adversity this season, having key players leave the team early in the season and dealing with injuries late in the season. For an already young team, that is tough to get over.

“In the first two sets, we allowed the thought of having to play West Jessamine get to our heads. We took a couple shots to the arm realized it wasn’t so bad,” said Burgin Head Coach Rick Stewart. “We finally got going a little bit in the third set. We are getting to the point now to where the girls that are here understand what they need to do to succeed. We just have to be more consistent and not let our opponent intimidate us.”

After only scoring three points in the first two sets combined, Burgin came out and won the first four points of the third set and six of the first nine points overall. West Jessamine creeped back into the set to win it 25-14.

“We have been better this year in understanding that we need everybody to do everything. If you’re a setter, that doesn’t mean you just set. You can still hit and do things around the court. We did so much of the fundamentals early that we got locked into, well I’m a setter, I don’t hit,” said Stewart. “We ended up having a decent rotation towards the end of the year and now it’s just working on getting the newer players caught up.”

One positive Burgin can take out of this loss is that they have no seniors on the team.

Next year, Hannah Stewart, Lara Burke and Heidi Foutch will be the senior leaders for the Bulldogs and in a game like volleyball, experience is key, and Burgin will have plenty of that heading into 2020.

“I’m excited about the group next year. Our junior and senior class will be strong because they have played at least two years of varsity volleyball,” said Stewart. “I’m excited to see what we can do in the future.”

Brooke Hager and Josie Disponette led the Colts in kills with six each. 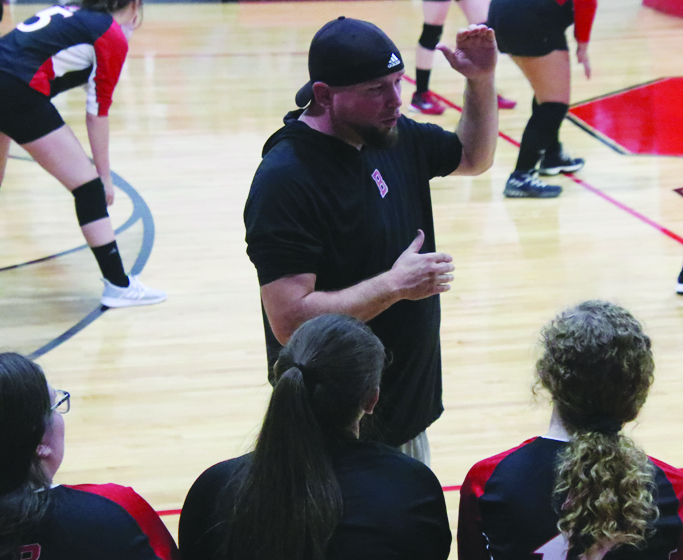 Burgin volleyball Head Coach Rick Stewart talks to some of his players during the first round of the 46th District Tournament against West Jessamine on Monday, Oct. 21. (photo by Arpan Dixit) 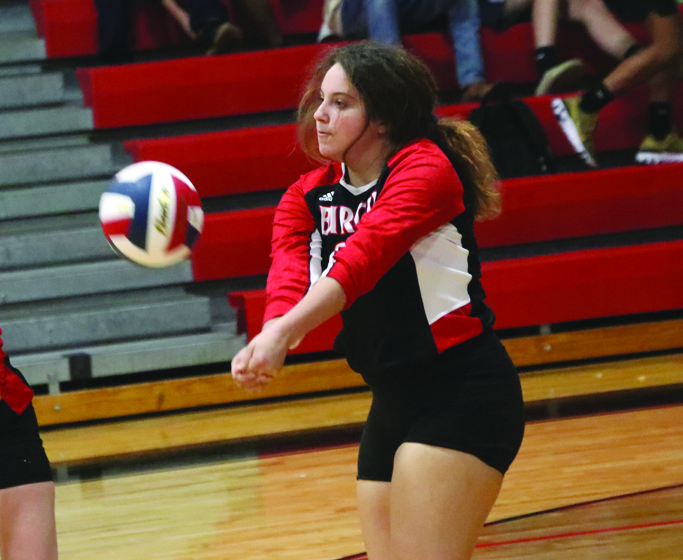 Burgin sophomore Brittany Yates gets set for a return on a serve against West Jessamine in the first round of the 46th District Tournament on Monday, Oct. 21. (photo by Arpan Dixit) 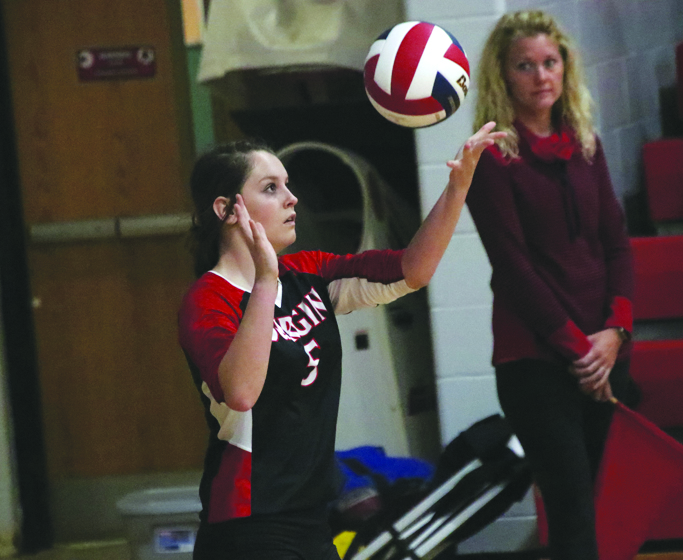 Burgin junior Lara Burke serves a ball up during the first set against West Jessamine in the first round of the 46th District Tournament at Burgin Independent School. (photo by Arpan Dixit)