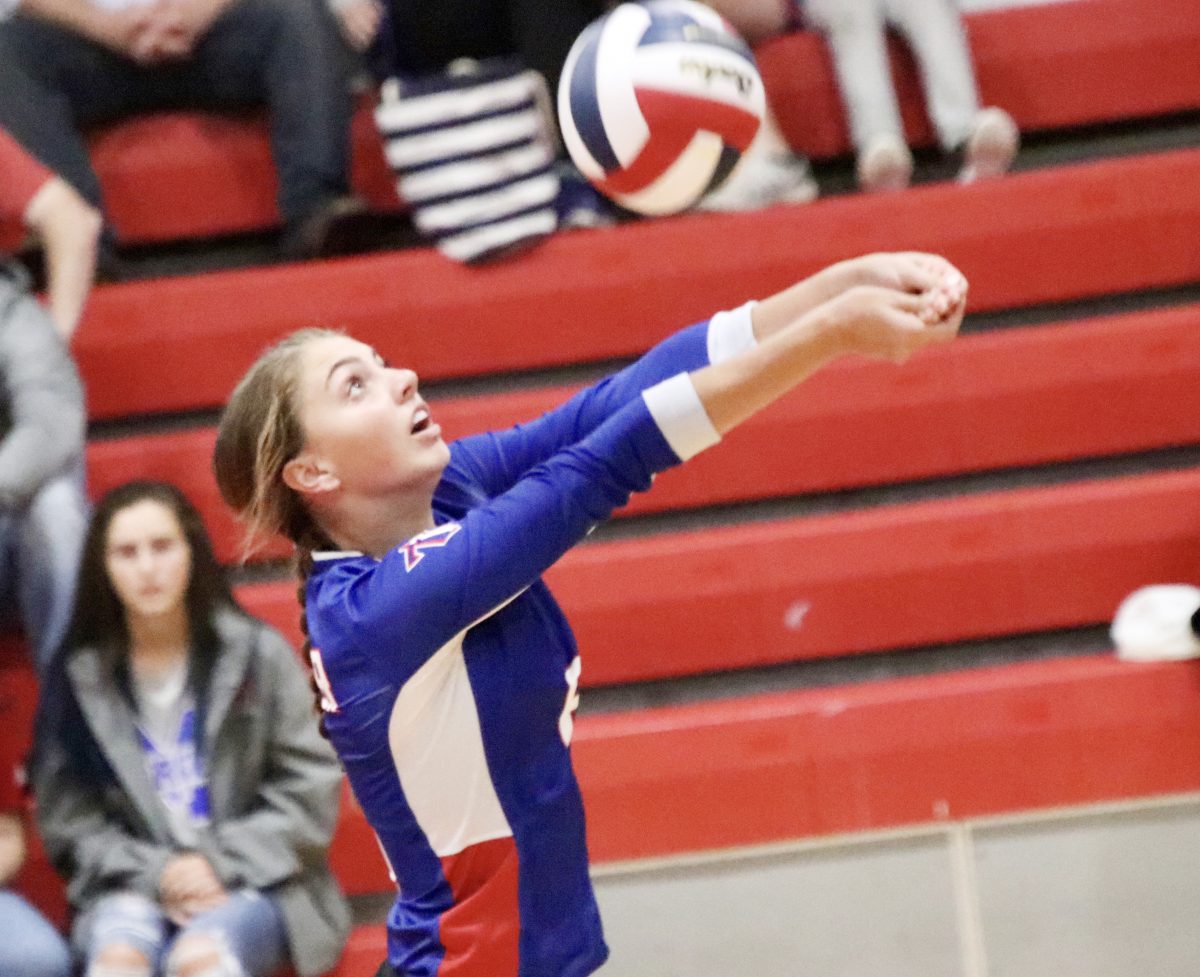 Mercer County sophomore Haven Six makes one of her 532 assists this season in the 46th District Tournament. (photo by Arpan Dixit)

Six leads the Titans as the primary setter with 532 assists out of 592 total assists for the Titans in 2019. She becomes the youngest Titan volleyball player to break a school record, according to Head Coach Lynn Flach.

“Setting is the hardest job on the court. Haven embraces the challenge and works very hard to be one of the best setters in our area. She has great hands and sees the court very well,” said Flach. “She keeps her eye on the ball and always keeps her feet moving. She runs our offense by getting the ball to our best hitters. It’s a tough job because every hitter likes their ball placed in a different spot.”

Six didn’t know about the record until after the game, and she’s glad she didn’t.

“I didn’t know that I broke the record and I’m glad that I didn’t until after the game. If I did know while playing, I feel like it would’ve put more pressure on myself that I didn’t need because I tend to not play as well when I’m anxious and nervous,” said Six. “I figured I would finish with a high number of assists because we played a long five set match, but I was surprised when I was told that I achieved 43 assists.”

Six has been a starter on the varsity level for the last two seasons and described the feeling of being on one of the region’s best teams in her sophomore year.

“I can’t describe how much fun it has been to be a part of the varsity team this year. All the players, specifically the seniors, bring a smile to my face each and every day,” said Six. “Last year, we didn’t have the best season. We returned this year with all of us having club experience during the offseason. Coach Flach and I can both agree that a huge improvement has been seen from last season to this season.”

Despite just being a sophomore, Flach has high expectations for Six.

“I push her a lot to do advanced things on the court. Most of the time, I forget she’s a sophomore because her skill level as a setter is way above that of other setters in our area,” said Flach. “Haven is very coachable and always attempts her best to implement what she is told. I am very blessed to have had the opportunity to coach her since seventh grade. She is a great young lady on and off the court.”

With the Titans competing in the region tournament next week, Six is sad to see the season winding down, but has loved the opportunity to watch this team grow and be a key part of it.

“As the season comes to an end, I couldn’t have asked for a stronger team to play with. I am more than grateful to have had the opportunity to play with the seniors and the rest of my teammates the past two years,” said Six. “In order to stay on the road to success, we have to continue to play our game each and every time out on the court. All of us know that the games late in the season aren’t going to be the easiest, but we have to continue to play our best no matter the competition.” 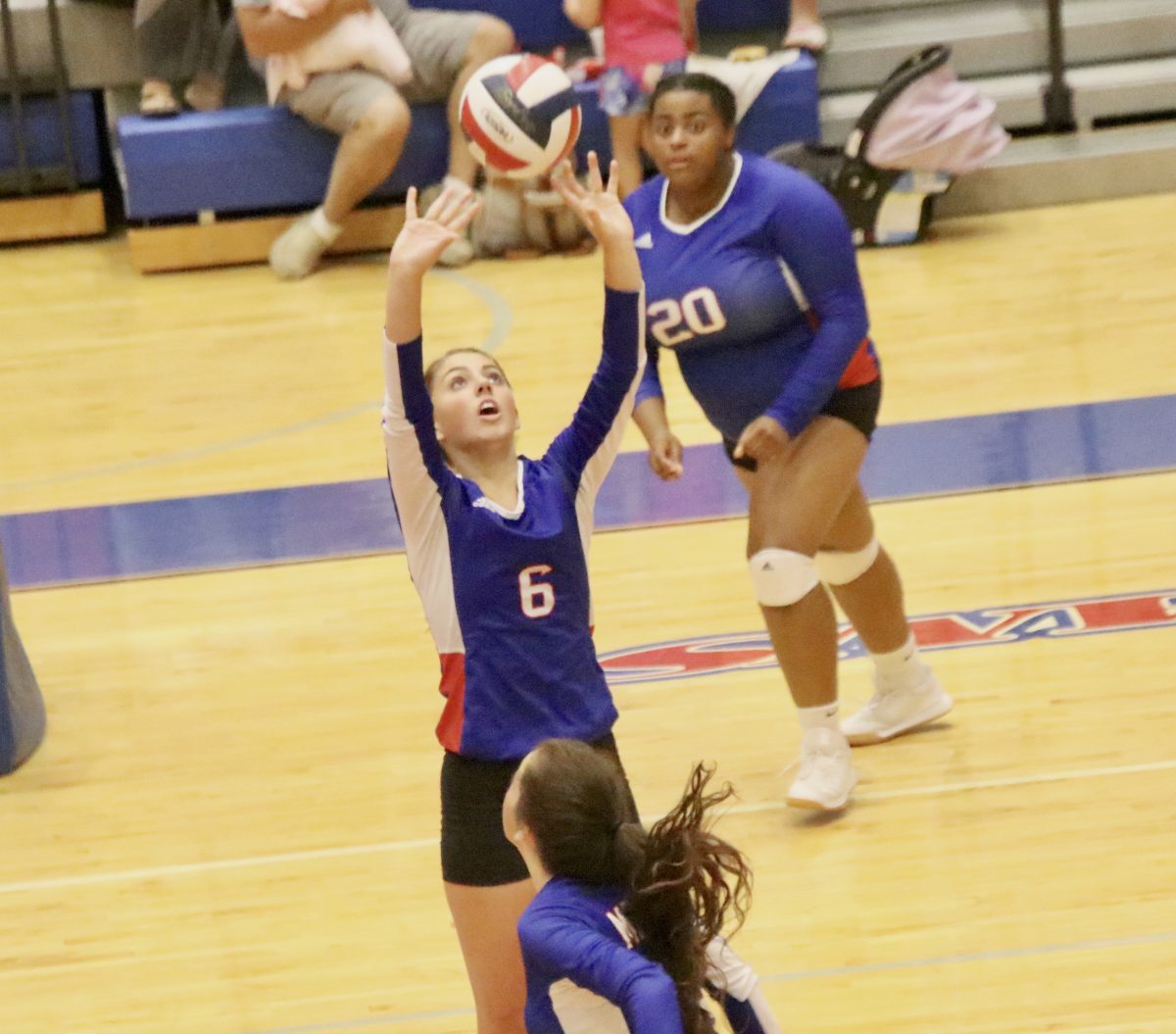 Haven Six sets up one of her teammates during a regular season game early in the season. (photo by Arpan Dixit)