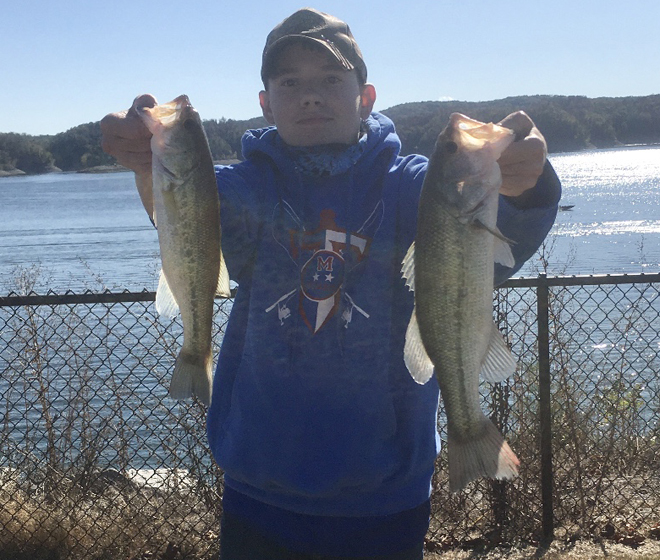 The Mercer County Bass Fishing team competed in their third team tournament of the season on Saturday, Oct. 12, at Lake Cumberland.

Freshman Gabe Blair had a very good day, according to his mother and head coach, Periann Blair.

“We set a goal for him to just weigh in two fish and finish the day strong,” said Coach Blair. “The first two tournaments at Cumberland, he had only weighed in one fish. After he got three fish in the boat this weekend, he was excited because he had exceeded the goal he set for himself.”

Blair weighed in his fish at 5.51 pounds.

“The fishing was slow for the few hours. The sun started to hit on the water really well. I saw the shad running pretty hard,” said Gabe Blair. “So I put on a deep diving crank bait. The bass started hitting left and right. I lost two really nice large mouth bass. My
Dad gave me some good advice and I slowed down, took my time and got the rest of the fish in the boat.”

Sophomore JC Howard and freshman Hope Lanham caught one fish that weighed in at .99 pounds. They finished 112th out of 201 boats.

“JC (Howard) and Hope (Lanham) had set a goal to weigh in as well,” said Coach Blair.

This is the first time the duo weighed in as a team at Lake Cumberland.

“They had two fish in the boat but one of them was a little short,” said Coach Blair. “They both tried something new and it worked for them.”

In order to succeed in any sport, participants must be comfortable being uncomfortable.

“My Dad told me it’s always good to do things outside my comfort zone,” said Howard. “Any day is a good day to be out on the lake fishing.”

Blair wants her kids to be in good spirits, despite the results in any tournament.

“I told my boat captains that morning that their jobs are much harder than mine,” said Coach Blair. “They have to keep these kids engaged and pumped up. They must give them advice and directions even when they know the lake conditions are tough. Our boat captains are the glue that help me keep this team of kids together.”

Mercer County’s next tournament will be on Saturday, Oct. 19, as they will host a tournament at Green River Lake. 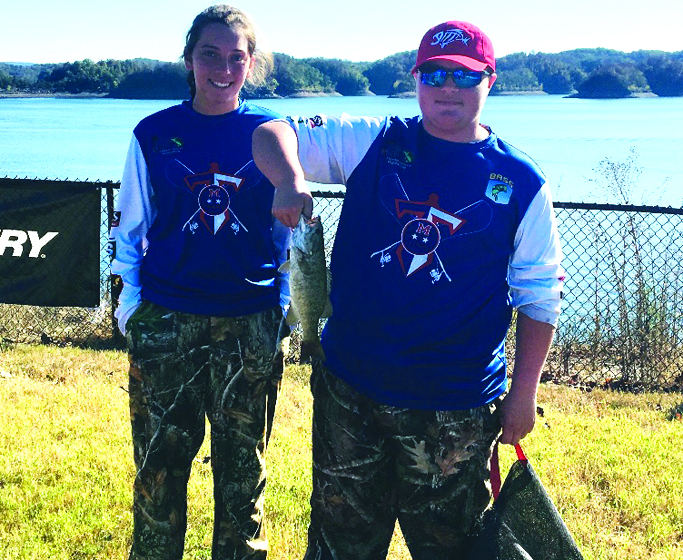