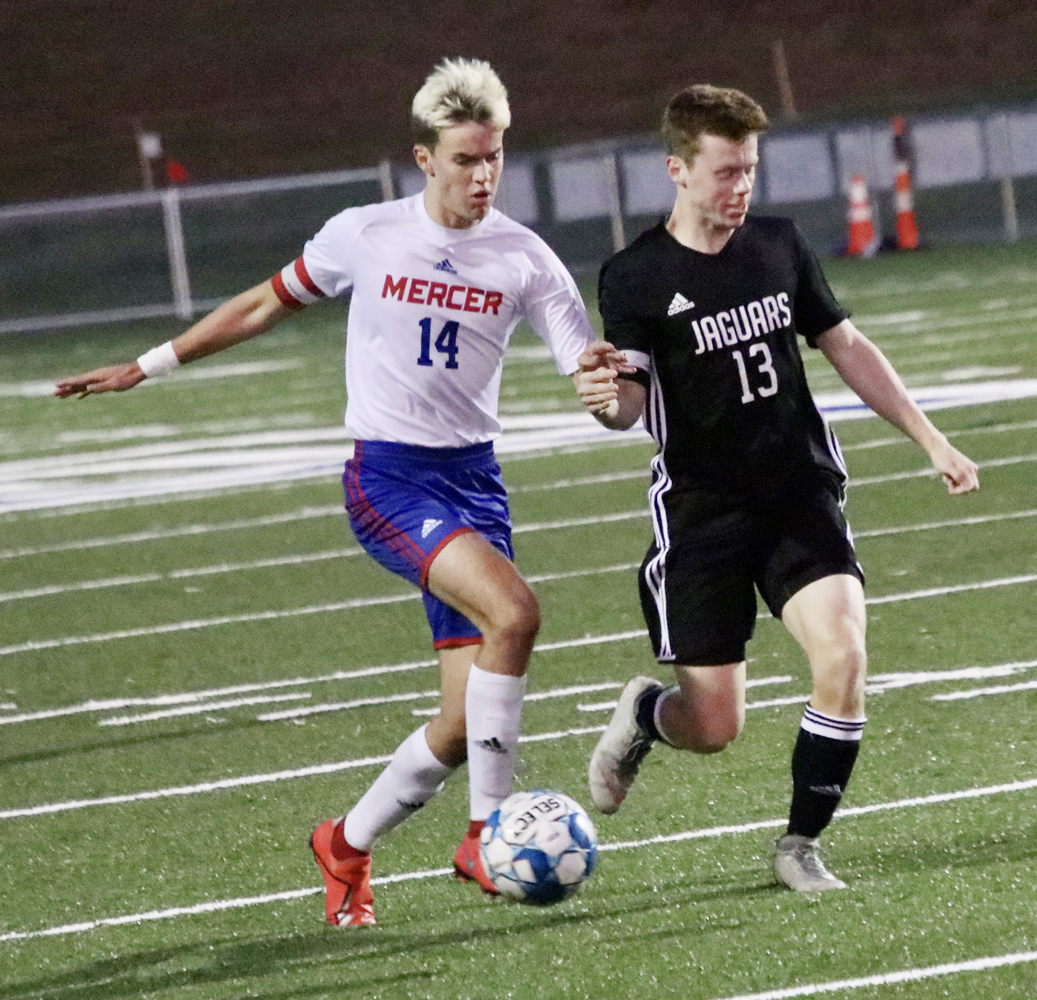 Senior Nate Randall (14) chases down the ball with East Jessamine’s Nathaniel Lilly (13) in the first round of the 46th District Tournament on Tuesday, Oct. 8. (photo by Arpan Dixit)

The Mercer County Titans soccer team (9-7-2) defeated the East Jessamine Jaguars (4-13-2) for the third time this season, by a final score of 1-0, on Tuesday, Oct. 8, in the first round of the 46th District Tournament at East Jessamine High School.

The Titans won the first matchup between the two teams 3-1 and 5-0 in the second matchup. Any coach will tell you the third game between two teams is always the toughest.

“It’s a playoff game so anytime we’re in that situation, everybody’s emotions are involved. Sometimes that can help you and sometimes that can hurt you,” said Head Coach Garrett Stark. “I think we came out a little bit nervous the first few minutes of the game and tried to settle in, but give East credit. They came out with intensity and played hard.”

The only goal of the game came in the early moments. Junior Jamie Bordeaux dribbled through the back line and shot it past East goalkeeper Isaac Rocco in the fifth minute. Stark talked about maintaining that one goal lead for the last 75 minutes of the game.

“It’s a stressful time. You just have to make adjustments the best you can during the game and they are fun to coach, but obviously as coaches, we’d like to have more than a one goal lead,” said Stark.

Every team in any sport needs a little luck and the Titans certainly got their fair share against the Jaguars. East threatened multiple times in the second half, keeping junior goalkeeper Aidan West on his toes in the second half. West was caught off his post and East had a couple chances at goal, but Mercer County’s back line consisting of juniors Seth Eastman, Chris Day and James Johnston, along with freshman Beau Brown, held their own and cleared a lot of balls out of danger. West made a couple keys saves in the second half to secure the 1-0 lead.

“I thought we did pretty well on defense. Obviously, getting a shutout was good, it was scary at times, but we were able to keep our composure and fight through it,” said Stark. “It was good to see us come together and fight as a team and play well defensively.”

Mercer County’s top scorer with 16 goals on the season, senior Hunter Booth, received a yellow card in the 60th minute and didn’t come back in the game. Booth will need to be at his best against Mercer County’s next opponent, the West Jessamine Colts.

“Anytime you play a team three times, just like we did with East tonight, it’s going to be a battle,” said Stark. “We expect that and I’m sure they expect that as well. I’m hoping we can come out and score more goals by I’m sure it will be a really physical game.”

The Titans will take on the Colts for the 46 District title on Thursday, Oct. 10, at East Jessamine High School at 7 p.m. 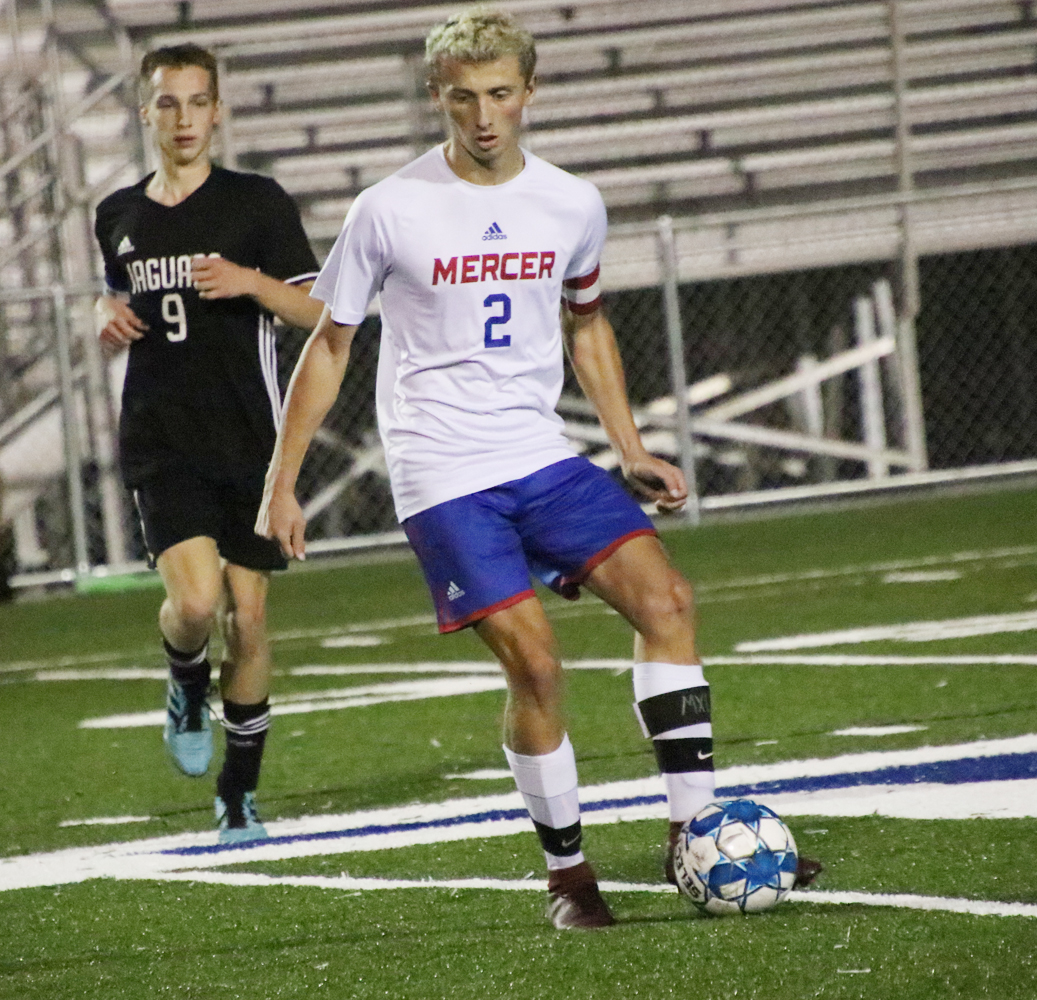 Mercer County junior James Johnston (2) looks for an open teammate on the back line in the first round of the 46th District Tournament. (photo by Arpan Dixit) Mercer County Hunter Booth (15) shoes off his dribbling in the open field against East Jessamine on Tuesday, Oct. 8. (photo by Arpan Dixit) Mercer County junior goalie Aidan West makes and save and clears the ball in the first round of the 46th District Tournament against East Jessamine on Tuesday, Oct. 8. (photo by Arpan Dixit) Mercer County junior Jamie Bordeaux prepares for a corner kick in the first round of the 46th District Tournament on Tuesday, Oct. 8. Bordeaux scored the only goal of the game. (photo by Arpan Dixit)

Lady Titans Beat Boyle In First Round Of Region

Mercer X-Country Fights Through The Mud For Sixth Place Finish

Burgin’s Smith and Short Reel In A Big Win