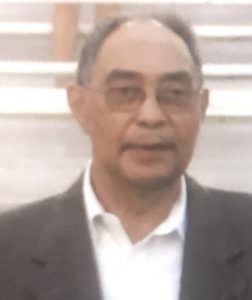 Michael Thomas VanDyke was called home to Glory on Sept. 29, 2019, at McAuley Senior Living in Urbana, Ohio, surrounded by his loving family and friends.

Michael was born in Harrodsburg, Kentucky on Dec. 18, 1938, the son of Birdie (Taylor) VanDyke and Ransom Earl VanDyke.

He leaves to cherish his memories, two children Frances Irene VanDyke and Michael (Marie) VanDyke Jr; four grandchildren, James Swain, Cassie VanDyke, Brandy VanDyke and Michael VanDyke III, and a host of great-grandchildren which he truly enjoyed. Michael has one sister Brenda (VanDyke) Duplessis, as well as two nephews and a host of relatives, friends, his special Saturday friends and a great many “horse friends.”

Michael was a devoted horse trainer and consultant throughout his career. Michael was a member of Trinity African Methodist Episcopal Church in Springfield, Ohio, where he served as a Steward. Michael was very well known within the horse community of American Saddlebred “The Horse America Made.”

Michael won numerous championships throughout his career. He received the Tri-State Trainer of the Year, a member of the Dayton Horse Show Association, where he always attended and received recognition for his loyal support as an exhibitor. He also was a lifetime member of the U.P.H.A. (United Professional Horse Association). Michael also received numerous High Point Awards.

Michael was dearly loved and will be greatly missed. Michael fought the good fight, “Well done my good and faithful servant.”