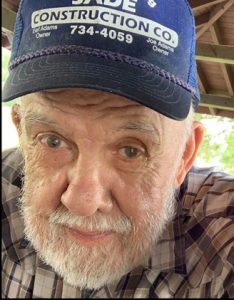 He was the owner of a Jade Construction and Blacktop and farmed for a number of years.

Funeral services were held at 1 p.m. on Wednesday, October 2, at the Ransdell Funeral Chapel with John David Lane officiating. Burial was in the Spring Hill Cemetery.