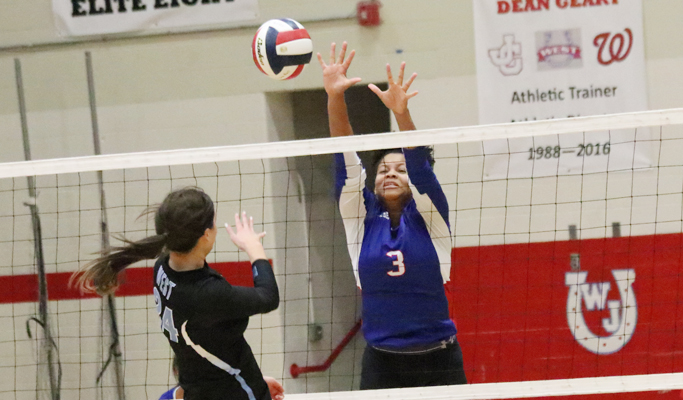 Senior Zoë Yeast attempts a block against West Jessamine on Tuesday, Sept. 24. Yeast had the lone block of the game for the Titans. (photo by Arpan Dixit)

After an encouraging performance at home last time against West Jessamine (16-5), the Mercer County Titans volleyball team (9-5) took a step back in their second matchup on the road against the Colts, falling in straight sets, 3-0 (25-14, 25-13, 25-14), on Tuesday, Sept. 24. West Jessamine stopped Mercer County’s four game winning streak, while extending their season-high winning streak to 13 games.

The Colts were in control from the start, taking a 9-4 lead early in the first set, and winning the first set 25-14 by winning 16 of the next 23 points.

The Titans came back stronger in the second set, cutting the West lead to 14-11 after the Colts were up 13-8 during the first timeout. Unfortunately for the Titans, the Colts won 11 of the next 13 points to take the second set 25-13.

The third set started out similar to the second, with the Colts taking an early lead, only to see Mercer County claw back in the set. But just like the first two, West Jessamine ended the third and final set on a run, taking it 25-14.

Senior Jaclyn Devine led Mercer County in kills with 12 and digs with 11. Senior Zoë Yeast led the team in blocks with one. Sophomore Haven Six led the Titans in assists with 17. Six also had the only ace for Mercer County.

“We didn’t play to our potential after a strong showing the first tine we played West Jessamine,” said Mercer County Head Coach Lynn Flach. “We had a lot of unforced errors, which cost us a lot of points. You can’t do that against this team. Jaclyn (Devine), Hanna (Blevins) and Brinkley (Prewitt) played well and held their own against a very tough opponent.” 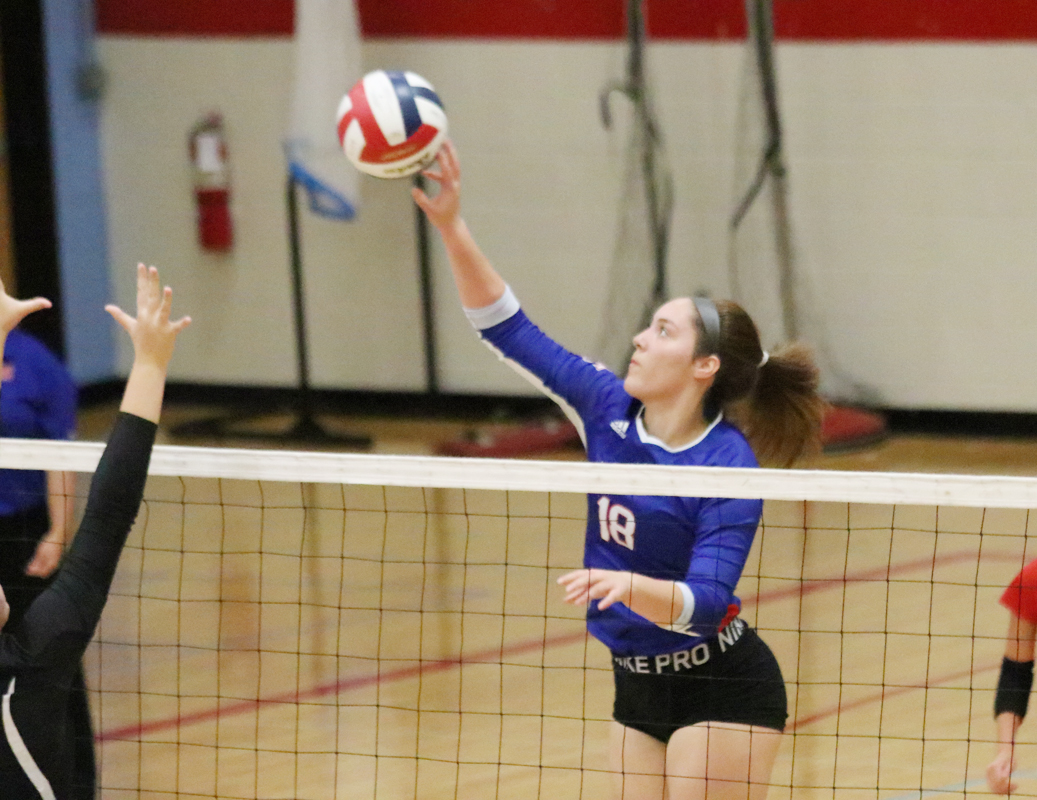 Senior Jaclyn Devine taps the ball over the next against West Jessamine on Tuesday, Sept. 24. (photo by Arpan Dixit) 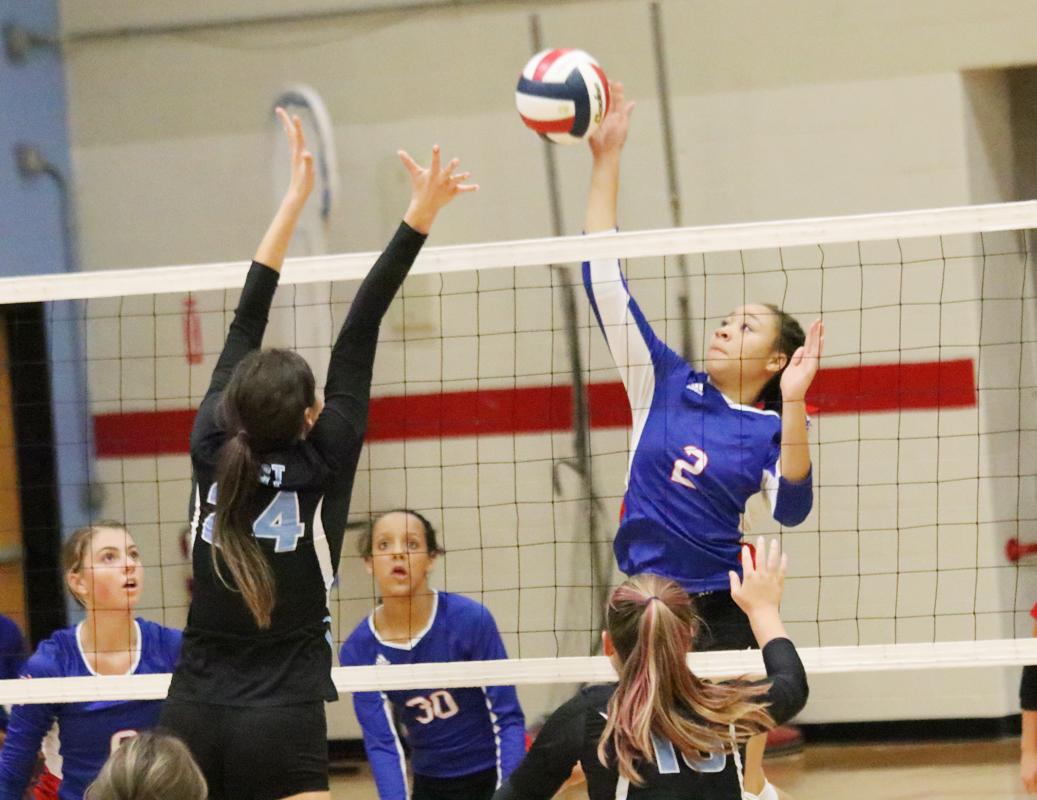 Freshman Jai Maria Piazza (2) goes for a kill against the Colts in the second set. (photo by Arpan Dixit) 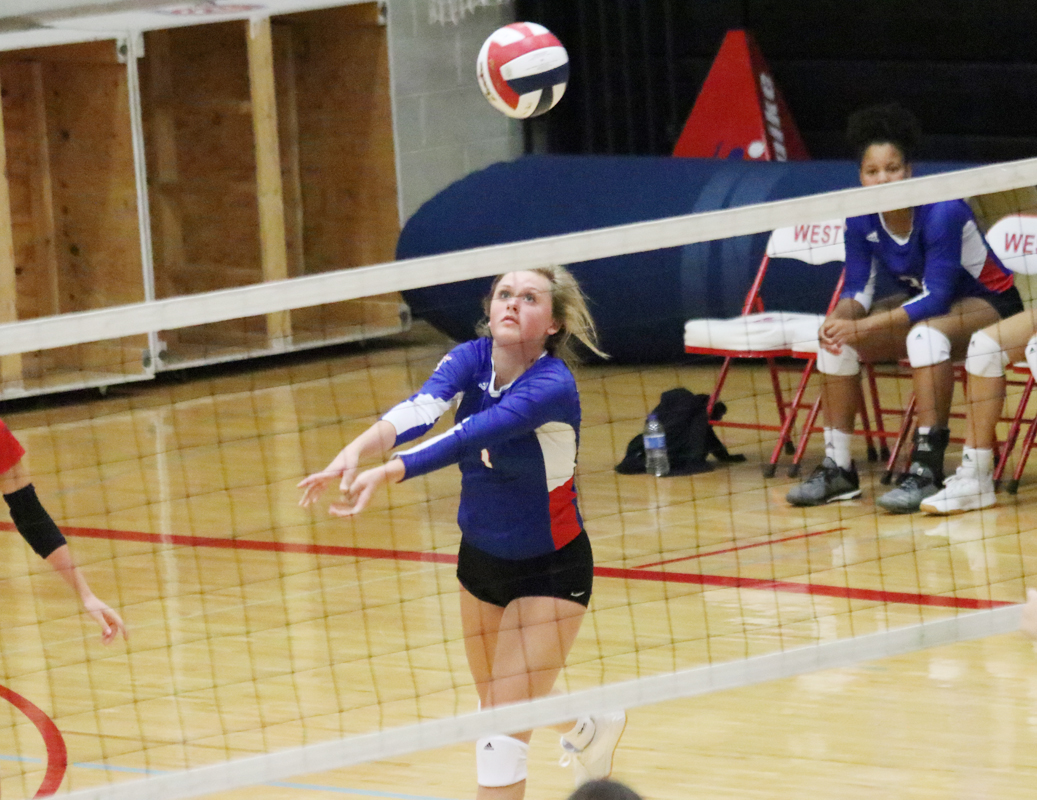 Senior Hanna Blevins controls a ball and looks to set up her teammates against West Jessamine. (photo by Arpan Dixit)