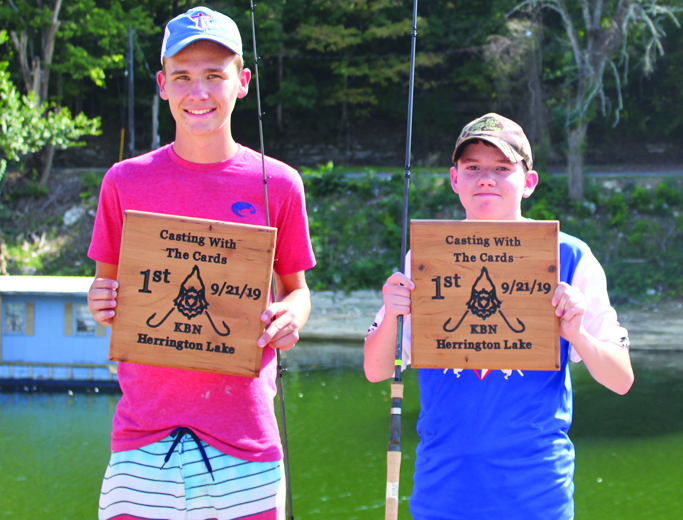 The Mercer County Titans bass fishing team competed in their first tournament of the fall season on Saturday, Sept. 21, at the Casting with the Cards KBN Tournament at Herrington Lake.

Freshmen Gabe Blair and Mason Cheek took home first place at the tournament, catching five fish combined for a total weight of 9.6 pounds. This was Cheek’s and Blair’s first tournament together as a team.

“This was their first tournament together and they live, sleep and breath for fishing. As a coach to see these two boys pull off a win like this, put me on cloud nine,” said Head Coach Periann Blair. “My husband, Chris, was their boat captain. He was just amazed with the teamwork these kids showed on Saturday. To see these two young men fish one of the hardest lakes in Kentucky and bring five fish to the scale left me speechless.”

Blair was overcome with emotion seeing her son, Gabe, compete and have success.

“I had a flood of emotions come over me,” said Blair. “Then for one of the boys to say ‘this was one of the best moments of my life’ made my heart burst with joy. We have to remember to be humble and blessed with wins like this too.”

Four other Titans competed at the KBN Tournament.

Eighth graders Jackson Abrams and Eli Stringfield competed together and brought in fish that weighed a total of 3.04 pounds.

Seventh graders Kaden Jones and Ayden Snellen were the last two competitors for Mercer County, finished with a combined weight of 3.14 pounds.

“Seeing Ayden (Snellen), Kaden (Jones), Jackson (Abrams) and Eli (Stringfield) weighing in just put the icing on the cake on Saturday,” said Blair. “The smiles on those faces made my week, month and year. I truly feel all these kids are going places. The more they all put in the work, the better they will get. This isn’t an easy sport. It is exhausting to fish for eight hours in 90 degree weather so I was really proud of all of them.”

Mercer County bass fishing’s next three tournaments will be at Cumberland Lake. 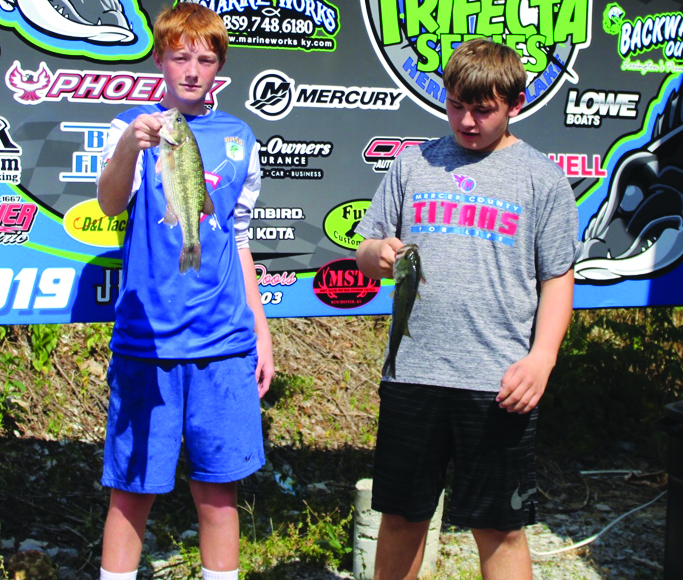 Mercer County eighth graders Jackson Abrams and Eli Stringfield pose with their fish that weighed a combined 3.04 pounds at the KBN Tournament at Herrington Lake on Saturday, Sept. 21. (photo submitted by Periann Blair) 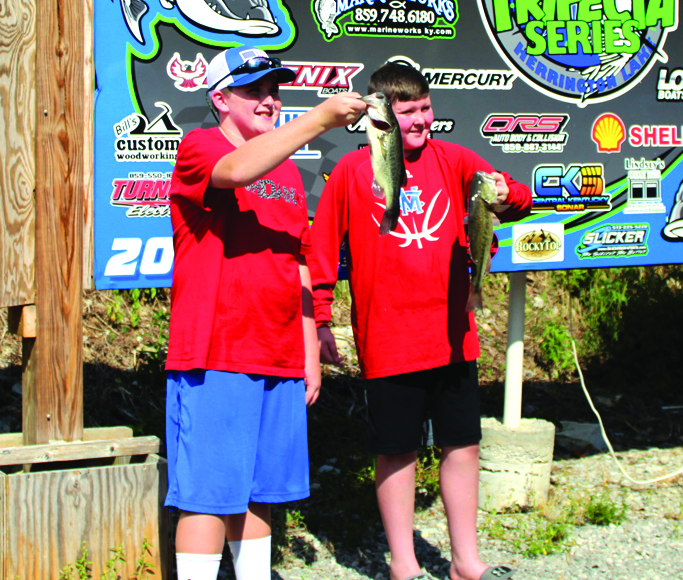 Mercer County seventh graders Kaden Jones and Ayden Snellen show off their fish that weighed a combined 3.14 pounds at the KBN Tournament at Herrington Lake. (photo submitted by Periann Blair)