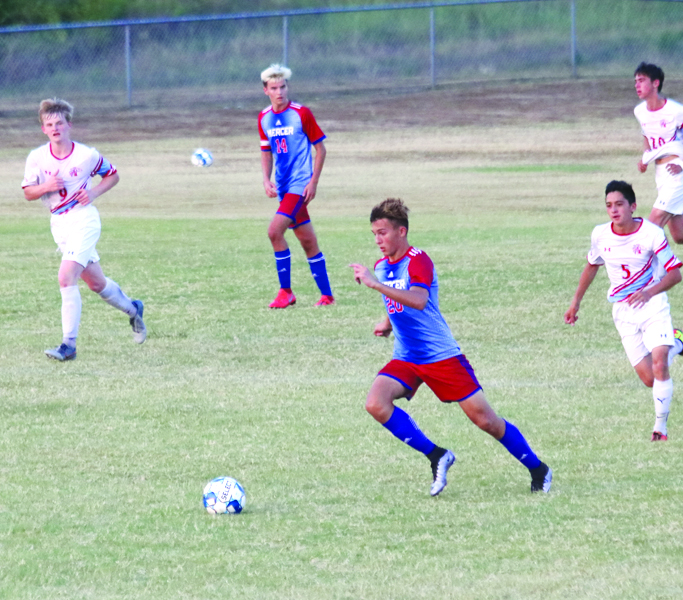 Mercer County freshman Beau Brown (front) gets the ball and is on the attack against West Jessamine on Thursday, Sept. 12. (photo by Sam Warren)

Since 2012, only two schools have won the 46th district championship in soccer, Mercer County and West Jessamine.

Although the Titans have a 5-2 advantage in that span, the Colts have won two of the last three and have defeated the Titans in the last six fixtures since 2017.

The Titans were not dominated by any means and the match was closer than the score implies. Defensively, the Titan back line of junior Seth Eastman, freshman Beau Brown, junior James Johnston and junior Chris Day were hard to break, but eventually, the Colts would take advantage of foul play.

Johnston committed a foul just outside of the box and Noah Combs of West Jessamine fired a low shot in the corner just out of Titan keeper Aidan West’s reach (21’).

While the Titans did keep possession and had many unrewarded crosses from junior Jamie Bordeaux, Head Coach Garrett Stark knows the Titans need to improve.

Just three minutes before half the Colts scored again (37’). The Colts were gifted possession near the Titan goal and shot the ball from close range, deflecting off of West, and into the back of the net.

West Jessamine junior AJ Kinnell has scored at will on the Titans in previous matchups but was held to no goals or assists during Thursday’s match.

“I thought we contained him well tonight, I thought we actually contained their attack overall pretty well tonight. You can look at the score and say ‘well they gave up three goals so they must not have played well defensively’ but two of those goals came on set pieces which the defense didn’t have control over, so I thought defensively we played pretty well, “ said Stark.

The third goal for the Colts came by a cross from a corner kick which fell at the far post, over the outstretched hands of West and off the foot of a West Jessamine attacker (58’), making the score 3-0.

The Titans were victim to unlucky circumstance from set-pieces, and one mental defensive error for the Colts second goal. Stark learned more about his team and knows where they need to improve before they play their 46th district rival again on Saturday, Sep. 21.

The Titans will be back on the pitch today, Thursday, Sept. 19, when they travel to Franklin County. Game time is set for 7:30 p.m. 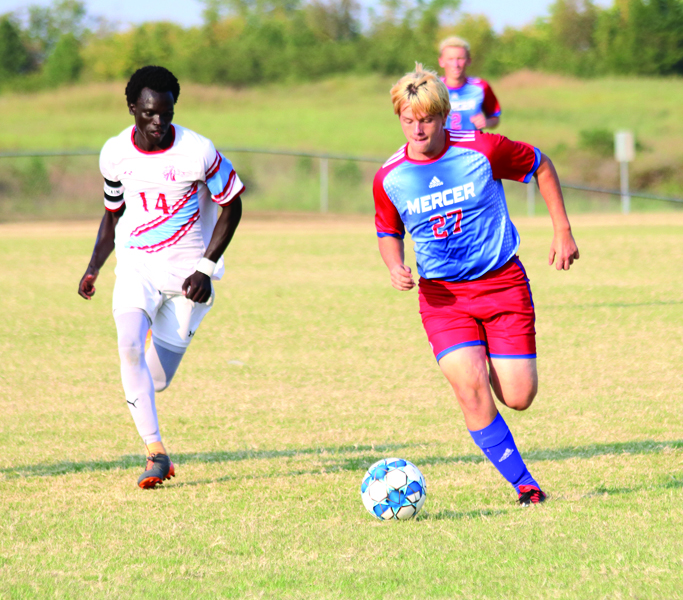 Mercer County junior Chris Day (27) runs down the ball with West Jessamine’s AJ Kinnell in a district clash on Thursday, Sept. 12. The Titans fell to West 3-0 in their first matchup of the season. They will face of again this Saturday, Sept. 21, at West Jessamine. 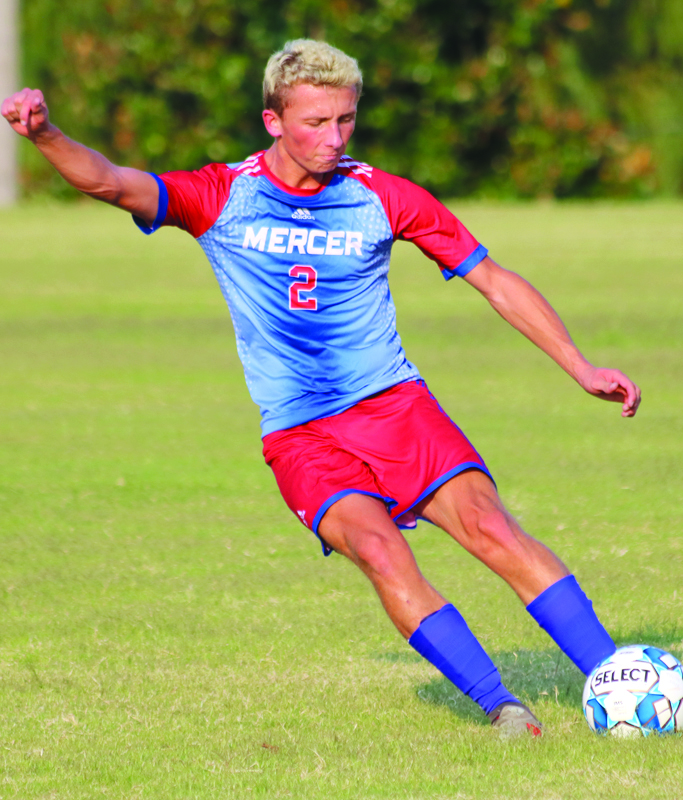 Mercer County junior James Johnston takes a free kick against West Jessamine on Thursday, Sept. 12. The Colts took the first game of the two-game season series with a 3-0 victory.