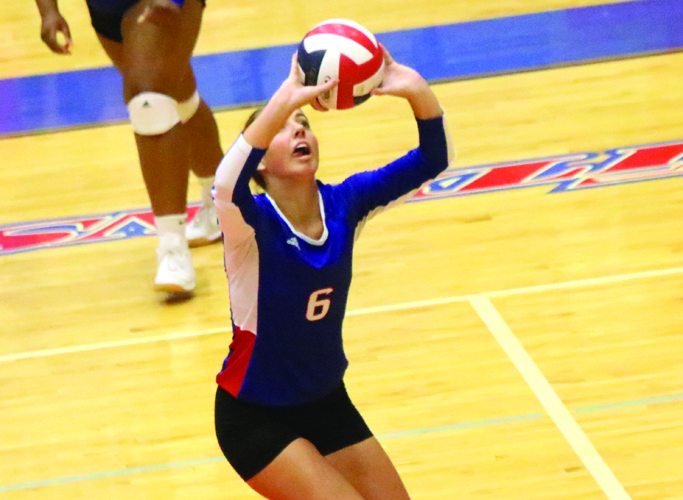 Mercer County sophomore Haven Six sets up her teammate for a kill for one of her team-high 26 assists against Garrard County on Monday, Sept. 16. (photo by Arpan Dixit)

Senior Jaclyn Devine, who has been Mercer County’s most consistent player, accounted for a team-high 15 kills against the Golden Lions, runs her total up to 121 kills for the season. Devine also led the team in digs with eight.

Sophomore Haven Six led the Titans in passing, with 26 assists, bringing her season total to 224.

Senior Brinkley Prewitt, the labero, was second on the team in digs with seven, bringing her season total to 107, a team-high.

The Titans were without the services of senior Zoë Yeast, who was out with an ankle injury. Yeast leads the team in blocks this season with 23, with 18 of them being solo blocks.

Despite losing Yeast for a few games, the Titans welcomed back sophomore Salena Cox and senior Maddie Nichols.

“Salena (Cox) was able to get back and she has stepped in and done a great job for us. She is what I call a utility player. She can set, play the middle, even though she is only 5 feet, 6 inches tall, she can jump and do a lot of things for us,” said Head Coach Lynn Flach. “With Maddie (Nichols), she has come back and given us some strong serving. She’s still not 100-percent, but she can come in and give us some good serves.”

Flach talked about the most impressive thing about the season-high four-game win streak the Titans are on.

“Our ability to maintain intensity while they’re playing is very impressive,” she said. “They’re playing smart and I’m seeing them do a lot of strategic things. If they do make a mistake, they’re not letting that bring them down. They are correcting their mistakes and that is a sign of maturity.”

Mercer County won the first set with ease, with the final point coming off one of Devine’s 15 kills.

The second set was much of the same. Despite the score being 4-3 early in favor of the Titans, they were able to gain momentum and close out the set.

Having Garrard County on the ropes, the Titans were able to make quick work of the final set, only surrendering 10 points to the Golden Lions.

“I was very impressed with the way we played tonight. Everybody did their job and we served really well,” said Flach. “Kaelynn Jones, Hanna Blevins, Brinkley Prewitt, Jai Maria Piazza and Haven Six all played extremely well. And Jaclyn (Devine) was Jaclyn. She has been really consistent for us all season.”

Mercer County will be back on the court today, Thursday, Sept. 19, when they travel to take on the Boyle County Rebels at 7:30 p.m. 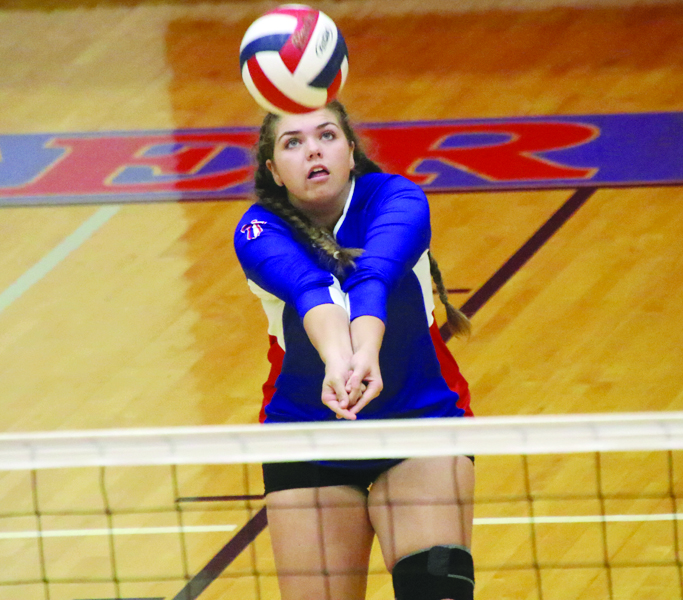 Mercer County senior Maddie Nichols watches the ball as the sets up her teammates against Garrard County on Monday, Sept. 16. 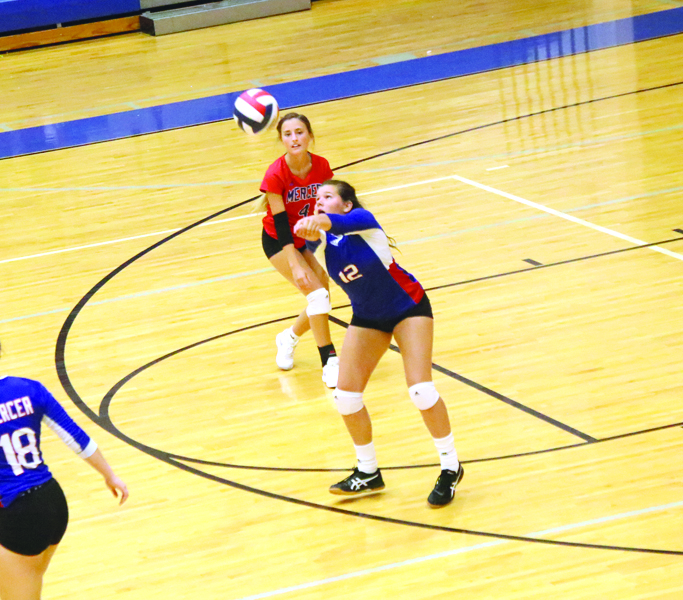 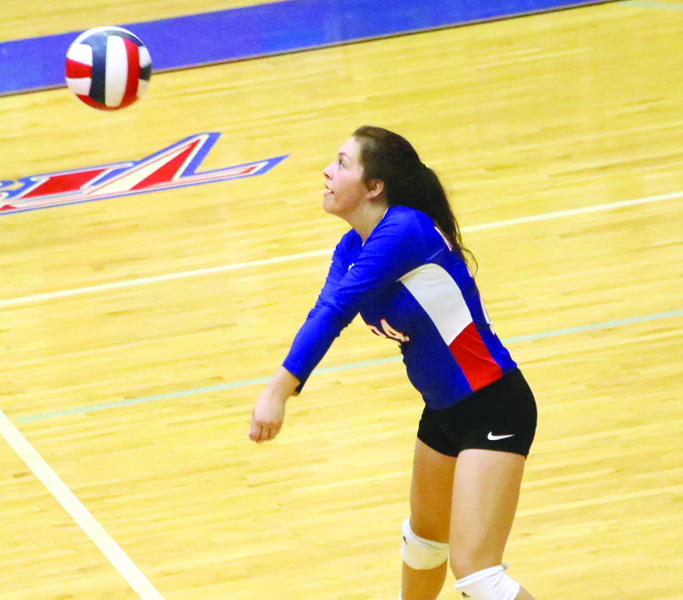