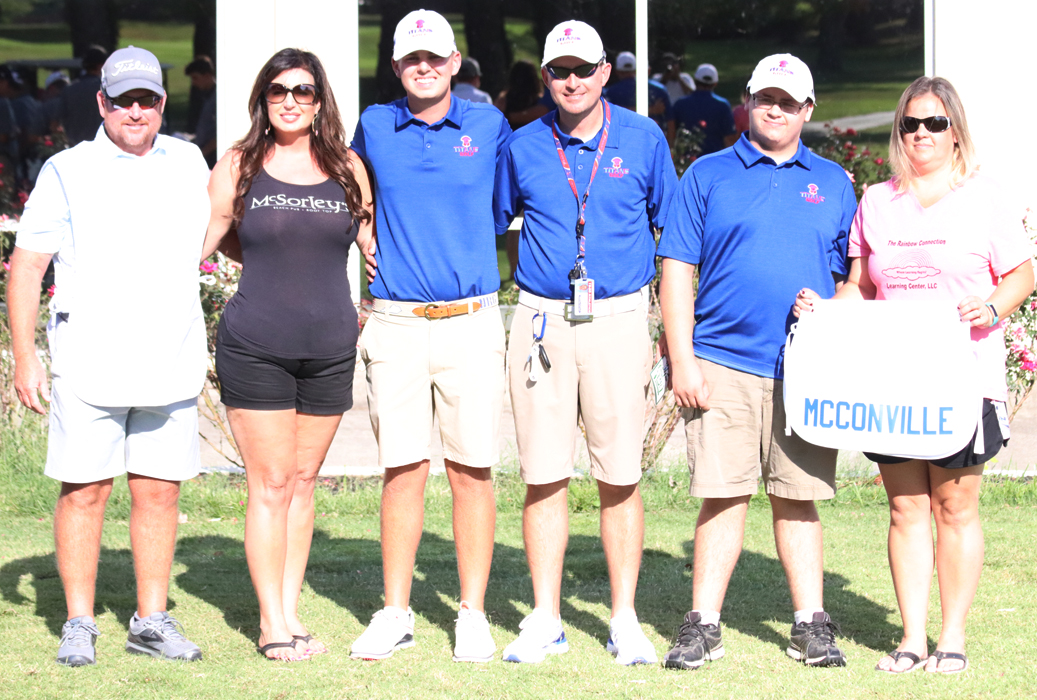 It was senior night at Brightleaf Golf Resort on Tuesday, Sept. 17, for the Mercer County Titans golf team.

Seniors Reed Gritton and Login McConville were honored before teeing off for the final time at their home course.

Gritton has been with program since middle school and Head Coach Jay Anderson, who has coached Gritton during his entire Titan varsity golf career, talked about his growth.

“Being here as long as I have, that’s one of the great privileges I have getting to watch these kids grow up. Reed (Gritton) is a great example of all-around great role models I’ve been able to coach. He’s at the top of his class academically, he works hard on and off the course, he stays out of trouble and he’s a good young Christian man,” said Anderson. “He’s been a real positive role model for these younger kids. He leads by example and he’ll have his fingerprints on our program just like many of the other kids that I’ve been able to have for five or six years.”

Former Mercer County golf alumni, who have played and known Gritton for a long time, came out and supported the senior during his last go around at Brightleaf.

“That just shows how our program is like a family,” said Anderson. “We support one another and they know I’ll always be here for them.

McConville, who transferred to Mercer County for his senior year from Pennsylvania, has adjusted to life as a Titan and Anderson was glad he was able to come out and join the golf team in his only year as a Titan.

“He didn’t get to play much. He played on his high school team in Pennsylvania, but it’s been great to have him a part of our team. I think it helped him make that transition, coming into a new school, so it gave him an opportunity to meet kids and make friends,” said Anderson. “It was good to honor him today too.”

Boyle County came away with the win, but the Titans were able to honor a transfer senior and one of the most decorated golfers in Mercer County history.

Anderson also talked about his underclassmen, who have progressed and grown in a short amount of time.

“For our younger guys, it’s finding consistency in their swings and learning how to overcome one bad hole and not letting one bad hold become two or three bad holes,” said Anderson. “I want them to focus on the positives and build on them. For whatever reason, they’re wired to gravitate towards the negatives. I try to make them talk about the positives. We just want them to maintain a positive mindset because golf is a mentally demanding game. So, anytime you let negativity creep in, that just makes the game even harder than it already is.”

Mercer County will be back on the course Saturday, Sept. 21, as they participate in the CKBC Invitational at Woodford Golf Club in Woodford County. 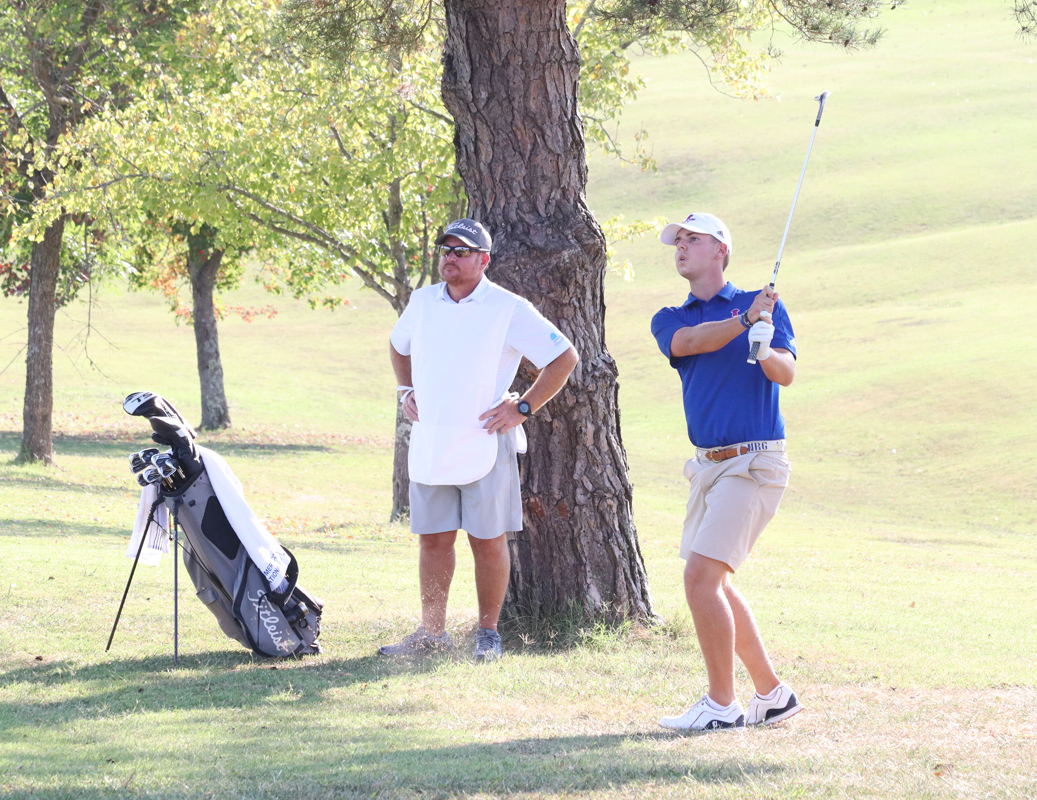 Senior Reed Gritton watches his shot with his dad as his caddy on senior night against Boyle County on Tuesday, Sept. 17. 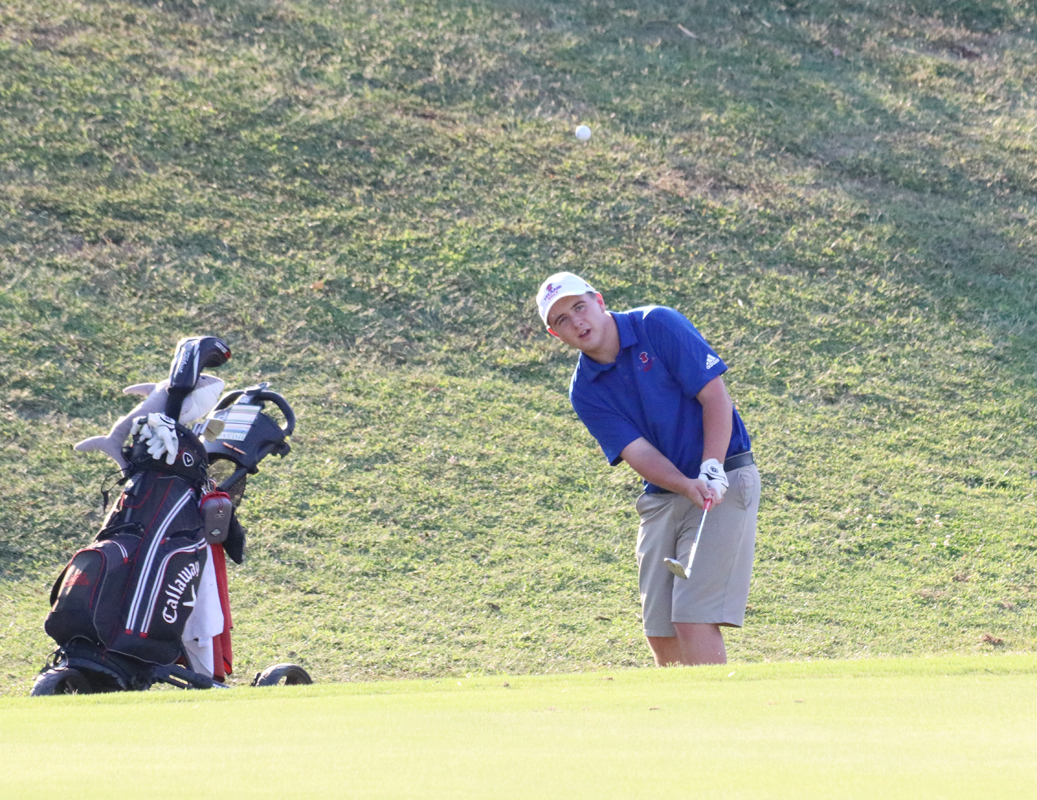 Junior Logan Thompson hits a shot on the green against Boyle County on Tuesday, Sept. 17. 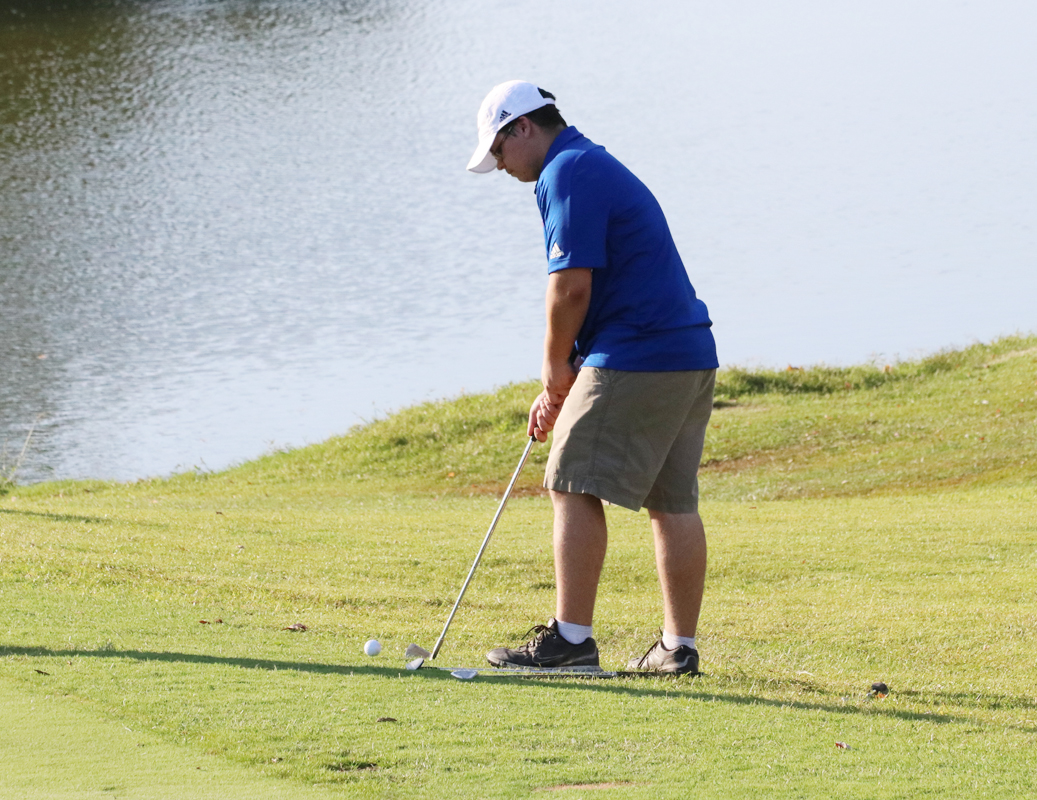 Senior Login McConville hits a shot out of the rough in a senior day match against the Rebels. 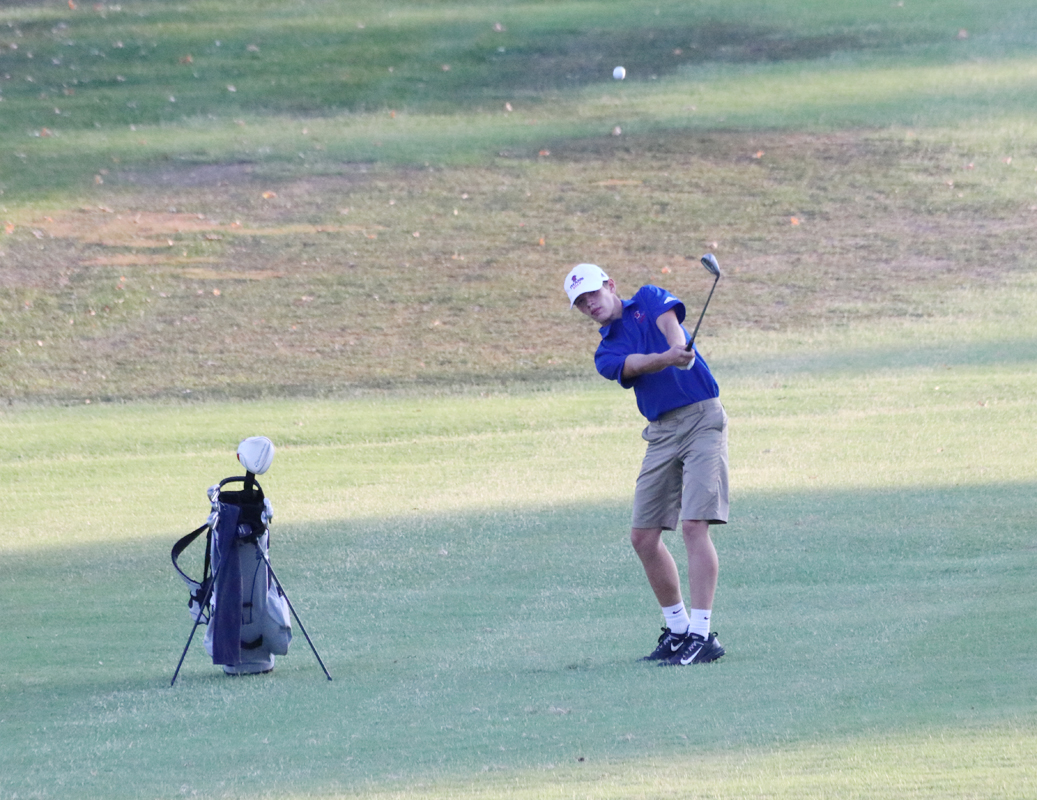