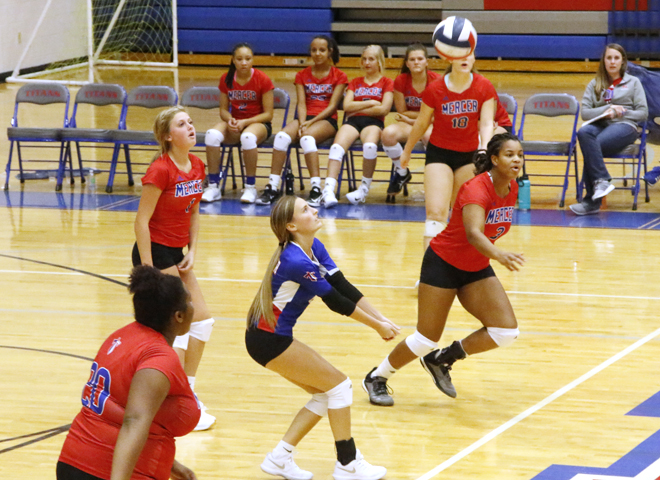 Mercer County senior Brinkley Prewitt (blue) digs a ball out and sets up the Titan offense against East Jessamine on Thursday, Sept. 5. (photo by Sam Warren)

One season ago the 2018 Titan volleyball team’s season came to an end when they were shut out in the district tournament, 3-0, by East Jessamine. The 2019 Titan team proved their development Thursday, Sep. 5, when in their most recent clash, they defeated East Jessamine 3-0 (25-15, 25-22, 25-11) to secure their first district win of the season.

The Titans flipped the script and showed much improvement from last season to this season. Head Coach Lynn Flach was very excited about the Titans dominant win and spoke about the team’s enhancement from last year to now.

“I’m very excited, last year we lost in districts to East (Jessamine), and that’s the first time we haven’t advanced to regions since I’ve been coaching, so that’s always kind of weighed heavy on me. It was extremely good to come back this year, with a much stronger team, and beat them in three, “ said Flach.

The Titans seemed to control all three sets and seniors Hanna Blevins, Jaclyn Devine, and Brinkley Prewitt were all over the court. Blevins and Devine combined for 17 of the Titans 23 kills, and Prewitt focused on defense, attributing eight serves returned and eight digs, the most on the team in both categories.

Sophomore Haven Six commanded the passing game and is credited with 17 of the Titans 18 assists on the night, all but one.

“In the second set we allowed them to play with us a little more than we should have, but in the third set we took charge and stayed in charge. It was a great win, “ said Flach.

In the three games the Titans have played this season, they have won two of them in shutout fashion, and Flach was very pleased.

“I’m extremely happy. The level of improvement in this team from last year to this year is tremendous. They are fun to watch, they are fun to coach, they are just fun to be with, and I think you can tell on the floor they have a lot of fun, and it just makes the season a whole lot nicer, “ said Flach.

You can see your Titans in action again on Tuesday, Sep. 10, against the Lady Patriots of Lincoln County. 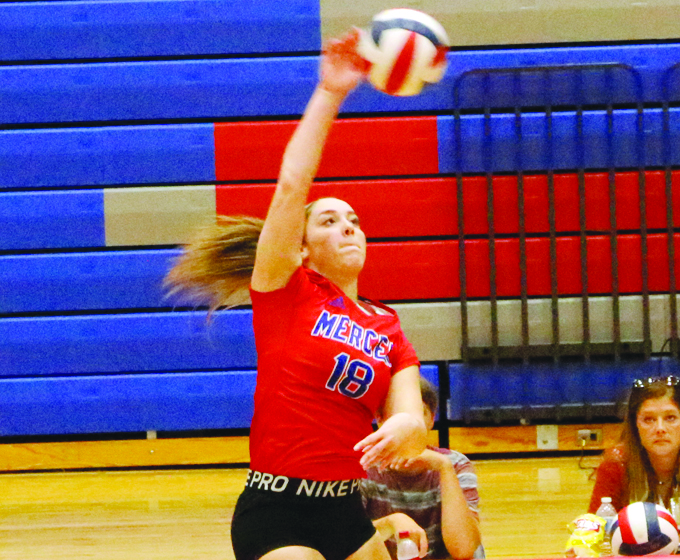 Mercer County senior Jaclyn Devine rises for a kill against East Jessamine on Thursday, Sept. 5. Devine led the Titans in kills with 12 as they earned a big district win. 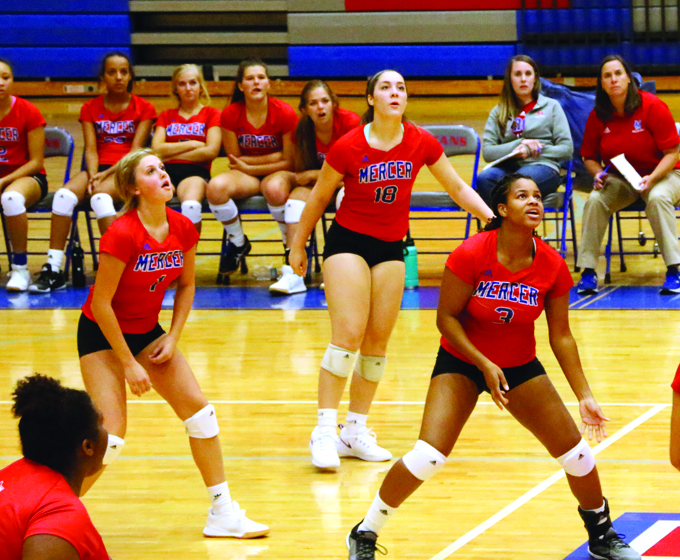 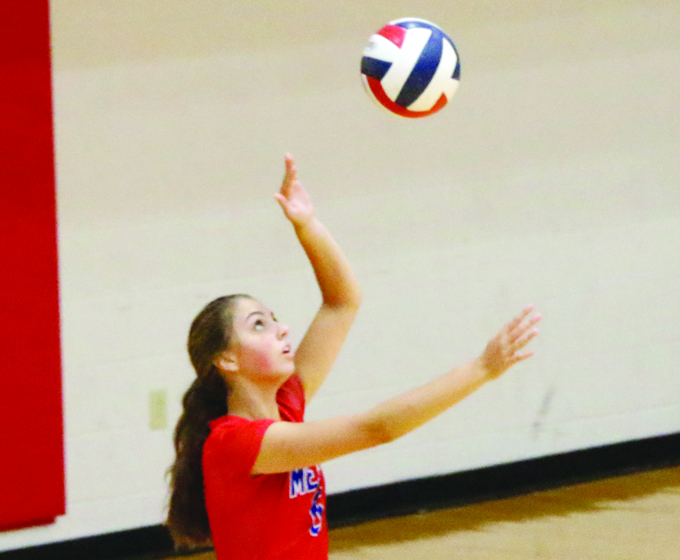 Mercer County sophomore Haven Six serves it up for an ace against East Jessamine on Thursday, Sept. 5. The Titans earned their first district win of the season against the Jaguars.