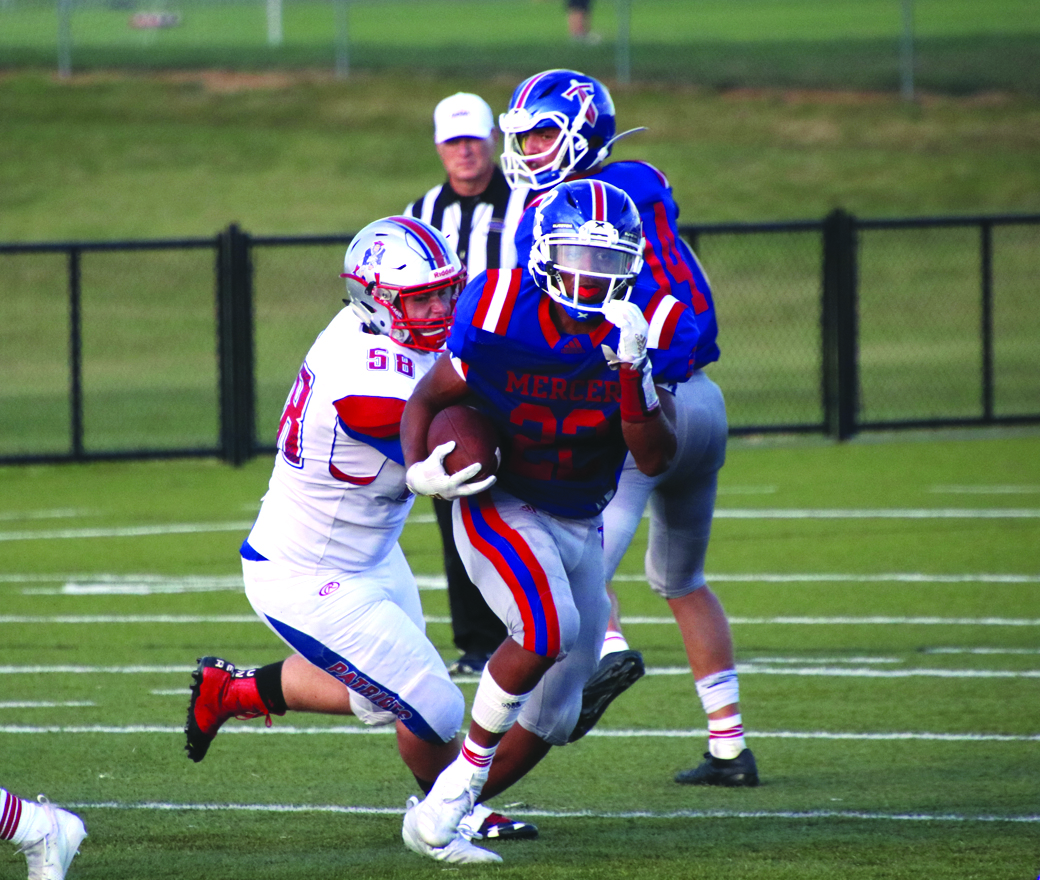 Football is a tale of two halves, and that was surely the case on Saturday, Aug. 31, when the Mercer County Titans (2-0) defeated the Allen County-Scottsville Patriots (0-2) by a final score of 32-19.

The Titans found the end zone first, and with ease. Senior Malachi Yulee took a pitch from senior quarterback Kaelin Drakeford before racing 71 yards to the end zone just one minute into the game.

This was the first of many big plays Yulee would have against the Patriots. Yulee finished the game with 13 carries, 207 yards, and a TD, as well as six tackles (one for loss) from his outside linebacker position on defense. His impact was enough to earn him the MVP trophy after the game.

“I think I played well, giving all credit to the offensive line and Peyton (Owens). They do all of the dirty work and don’t really get the recognition they deserve, “ said Yulee.

It was a close first half that saw the Titans go down 12-7 after two long Patriot drives lead to two rushing touchdowns. The Titans however would rebuttal and Drakeford would lead the offense on their version of the two-minute drill.  As the clock trickled down, Drakeford lobbed the ball down the middle of the field for senior Dillon Warren who rose above the defender for the catch and fell into the endzone.

The Titans took a 13-12 lead and went into the locker room with all of the momentum.

Head Coach David Buchanan spoke some about his team and playmakers Yulee and Warren.

“It was big, I wished we had played a cleaner game, but our guys made some plays and they hung in there and battled, and I was proud of them, it was good, “ said Buchanan.

The second half told a different story. Mercer County dominated defensively and on the ground, tallying 310 rushing yards to Allen County Scottsville’s 140.

Stopping the run is much easier with talented linebackers and for a majority of the game, three Titan linebackers were all sophomores. Brayden Dunn, Wyatt Sanford, and Jackson Peavler are each two games into their second season of high school football but are a key part in the success of the Titan defense.

Buchanan was very proud of the way his young linebackers played.

“I think those guys are doing a good job, and they’re going to grow, get reps, and get better, “ said Buchanan.

The beginning of the second half was slow for both offenses until Drakeford received a punt and sprinted down the sideline 70 yards for a Titan touchdown.

The special team touchdown gave needed energy to the Titans, and they never looked back.

Later in the third quarter, Yulee took a pitch to the right and ran towards the Titan sideline before  reversing field and running 80 yards down the opposite sideline for a TD, but it was called back for holding.

Later that drive, Dunn took the handoff from Drakeford and sprinted 58 yards untouched for a Titan touchdown, making the score 26-12 with 11 minutes to go.

The Titans drove down the field once more and senior fullback Peyton Owens bulldozed his way in for the final Titan touchdown.

The extra point was no good, and the Patriots earned a consolation score on the ground, to make the final score 32-19.

The Titans have a short week ahead of them before they take the field this Friday and Buchanan will accommodate his players hard work with an extra day of recovery.

Monday will be spent stretching, discussing gamemplans, and watching film, but Tuesday the Titans will get back on track in order to be prepared for a tough game against Anderson County.

The Titans will take the field again this Friday, Sep. 6 in Lawrenceburg as they take on the Bearcats. 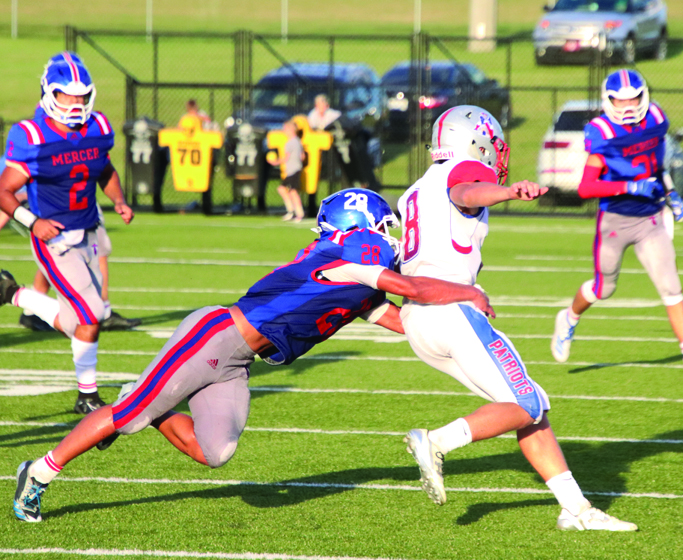 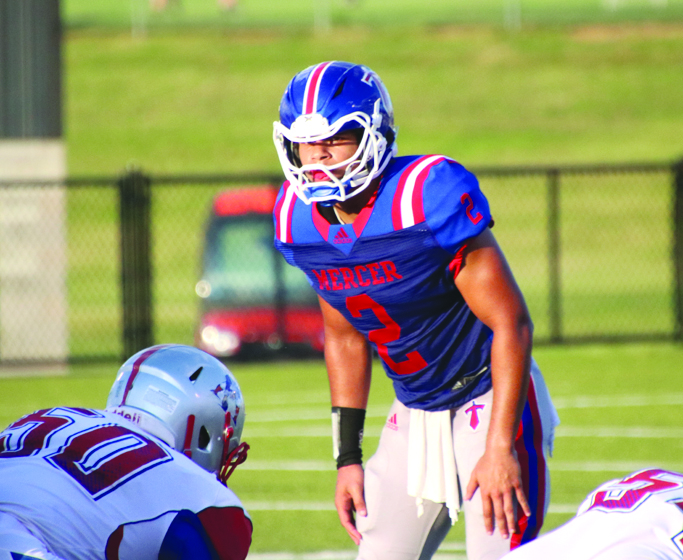 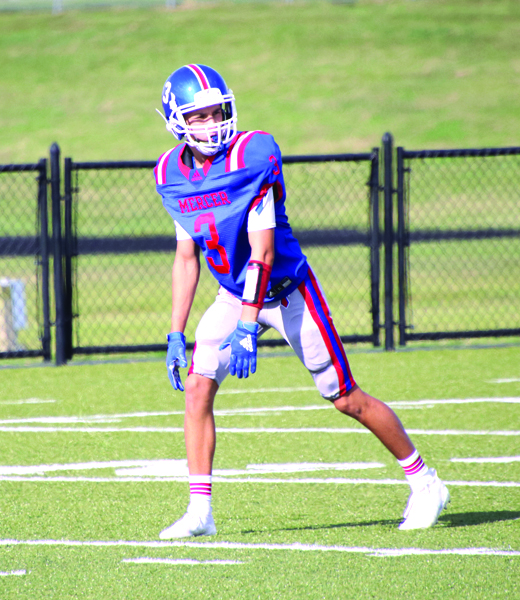 Kobie Wessling lines up at receiver on offense against Allen County-Scottsville on Saturday, Aug. 31.