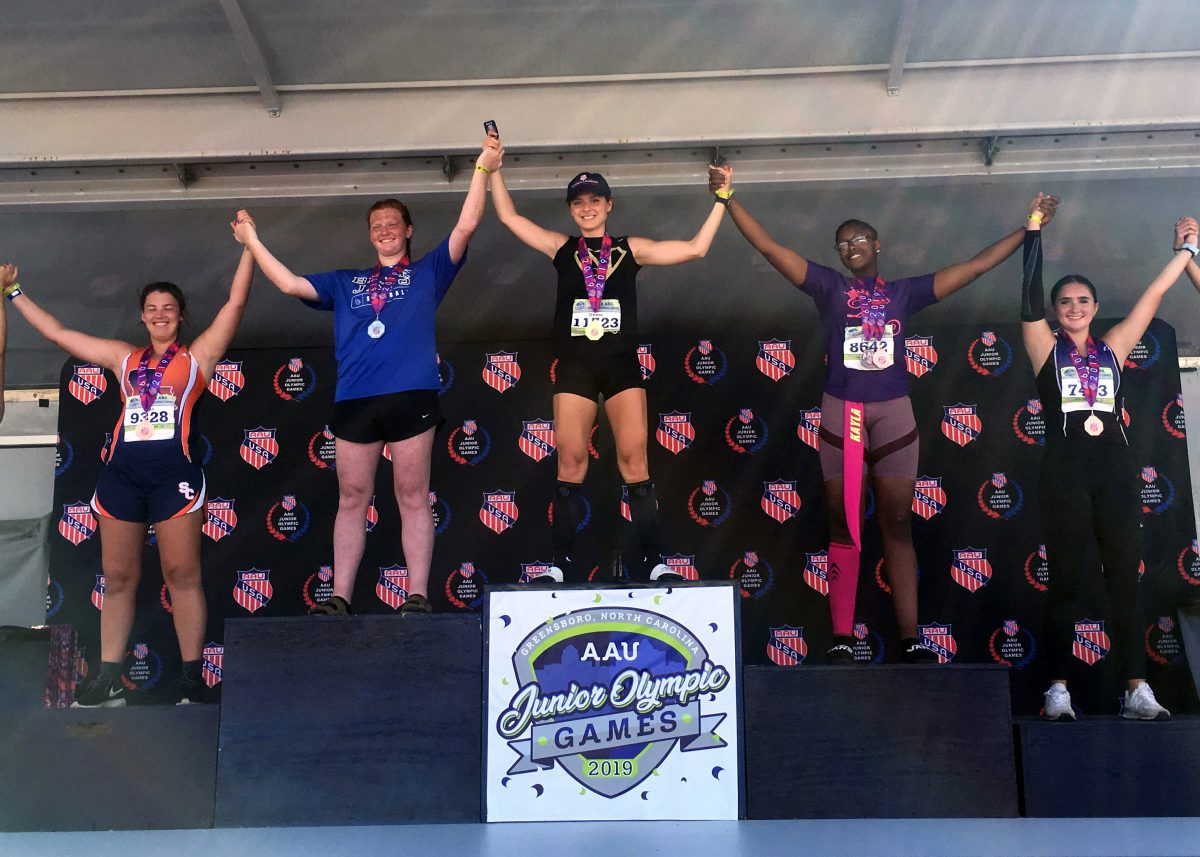 Meghan Owens, a 2019 graduate of MCSHS, competed at the AAU Club National Championships in Orlando in July. Owens (middle) is atop the podium in first place. (photo submitted by Scott Owens)

It’s been one heck of a ride for one young javelin competitor.

Owens competed at the AAU Club National Championships at the ESPN Wide World of Sports Complex in Orlando, on July 9, where she won her seventh title.

Two weeks later, she competed in the USATF Outdoor Championships in Des Moines, Iowa on July 25.

“This was my second opportunity to compete at the highest level in the United States. While I knew I wasn’t ready to compete for the win, it was an honor to get to throw with the best throwers from around the country,” said Owens.

Owens’ final meet, when she won her eighth title, was at the AAU Junior Olympic Championships in Greensboro, NC, on Aug. 2.

Owens has fond memories competing in Greensboro. It was the same runway where she won her first national championship in 2015.

“It was special to end my youth career there,” she said.

Javelin isn’t offered in high school track due to liability issues, so Owens has had to compete her entire career individually.

“It was a little frustrating that javelin was not an event at the high school level in Kentucky. I would like to have had the opportunity to compete for state championships and set state records,” said Owens.

Only 18 states currently include javelin as an official event.

“Rather than dwell on any negative, I have chosen to look for the positives from my situation,” she said.

Owens has faced some adversity heading into her final year. She was involved in a hiking accident in May, fracturing her tailbone, which sidelined her for eight weeks.

“There was a period of time early in the summer where I thought my track season was over before it really began,” she said. “Even though javelin is a throwing event, much of the power comes from your legs, and I could not risk further injury while waiting for the break to heal. After the eight weeks were up, I decided I would try to throw just to see where I was. I wasn’t able to throw my personal best, but I knew I would still be able to be competitive on the national level.

Owens knew her youth track career was coming to an end and wanted to give it her all her senior year.

“I decided I would give it my best effort since it was my senior year,” she said.

“I think I could’ve improved on that mark this year had I not been injured,” she said. “I had been training hard six days a week since last November with a goal of throwing over 160 feet this year. After my injury, I was just happy to be able to finish off my youth career with a couple of big wins.”

Listed below are all of Owens’ accomplishments in her youth career:

Owens decided to take her talents to Centre College and run cross country this fall and compete in javelin in the spring.

Owens has a special connection to Centre College.

Her mother, Lisa Owens, has been the head coach for the men’s and women’s track and field team for 21 years. Owens could’ve gone Division 1, but wanted to compete somewhere where she was comfortable.

“I was fortunate to have had many opportunities to go to a Division 1 route if I had wanted to, but ultimately I chose Centre College,” she said. “With my mom being there for a long time, I grew up on campus. It is home to me and I know I will get a great education there.”

Owens is already comfortable with the team and has already made strong relationships.

“I already have many friends on the team because I have been competing in college meets since the eight grade,” she said.

Owens will also get the opportunity to continue working with her father, Scott Owens.

“My dad has always been there for me since the beginning and I’m glad I will be able to continue working with him,” said Owens. 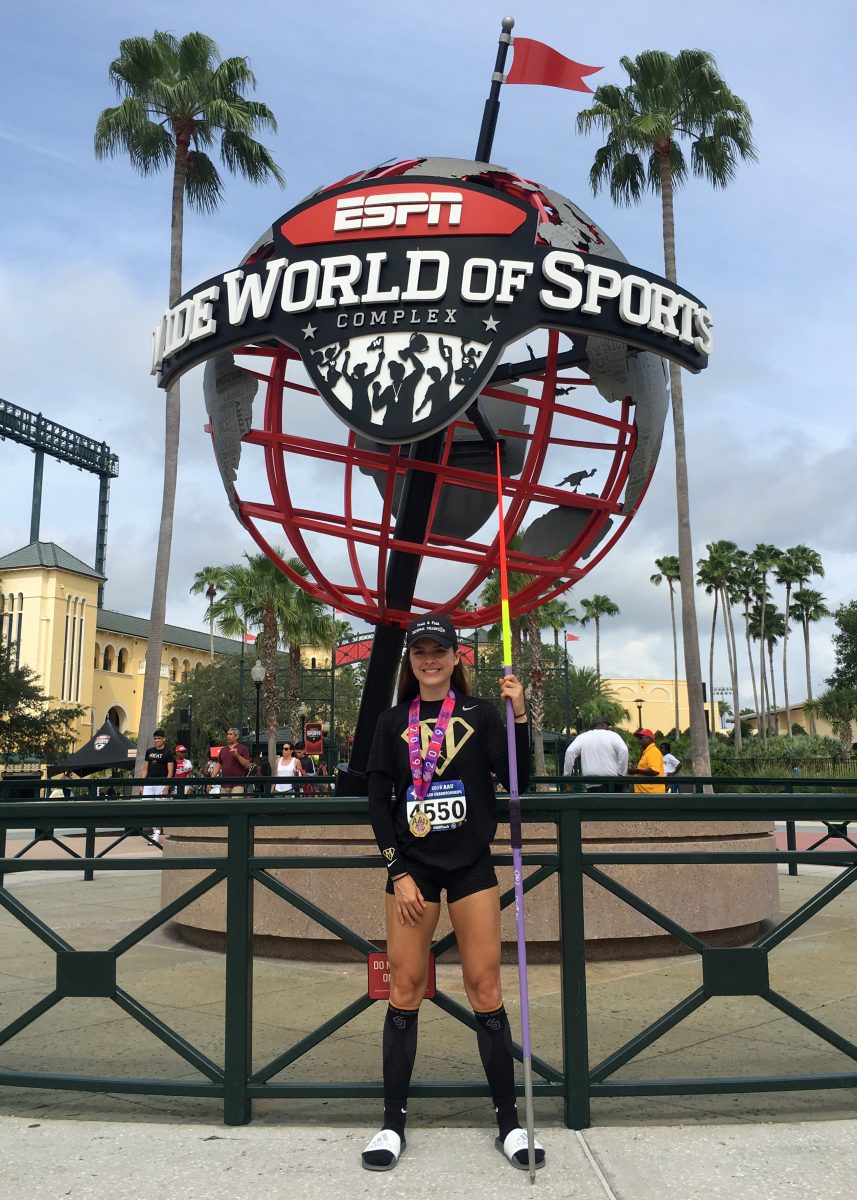 Meghan Owens is pictured at the ESPN Wide World Of Sports Complex in Orlando, competing at the AAU Club National Championships. (photo submitted by Scott Owens)