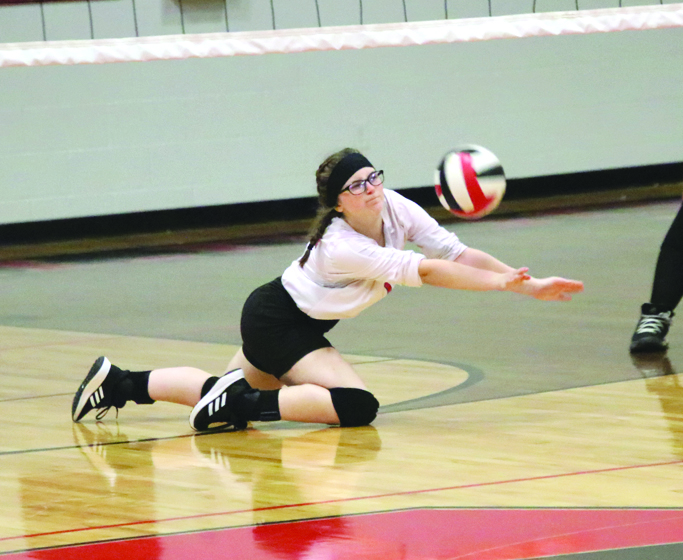 Burgin sophomore Kaylee McCray dives for a ball in the second set against Danville on Tuesday, Aug. 27. (photo by Arpan Dixit)

After splitting their first four games of the season, the Burgin Lady Bulldogs volleyball team (2-3)  dropped their fifth game to the Danville Lady Admirals (3-3) in straight sets on Tuesday, Aug. 27.

The Lady Admirals cruised in the first set, dominating serve and possession. The second set was much of the same, but Burgin was able to settle in and were involved in a few long rallies that encouraged Head Coach Rick Stewart.

“Danville is an experienced team and they provided a lot of challenges for us tonight,” said Stewart. “They know what they are doing and it’s another year in the book for them.”

Burgin has gone through a lot in the last few weeks, losing a few key varsity players, but Stewart was happy with the way his team played stepping into new roles.

“We’ve had to throw in girls in new spots. They stepped in a made some plays tonight and I’m excited about that,” said Stewart. “We’re still learning and that’s something we will be going through all season.”

The third set was much better for the Lady Bulldogs. They jumped out to a 5-1 lead before Danville was able to come back and secure the 25-10 final set, but a lot of progress was made for a very young Burgin team.

Burgin has already achieved more than they did last season. Stewart talked about what he saw in the two wins early in the season.

“Because of the individuals that left our team, we had to move some around, and by doing that, it opened up some talents that we didn’t see early on,” said Stewart. “It’s neat to see when you move people around, what can open up.”

Juniors Hannah Stewart and Lara Burke, along with sophomores Brittany Yates and Brynn Simpson anchor the Burgin lineup and have made vast improvements since last season.

“They are able to move the ball around, communicate well and keep us in points. That’s something we can build on and continue to do throughout the season,” said Stewart.

Burgin will be back on the court today, Thursday, Aug. 29, when they host Frankfort at 6 p.m. 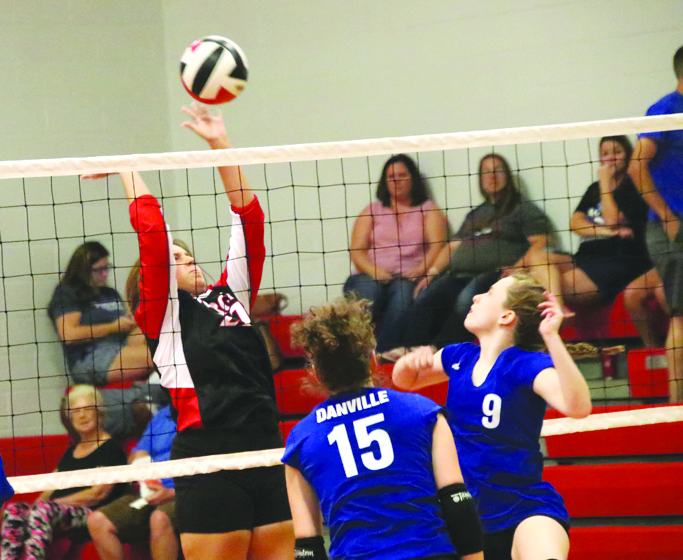 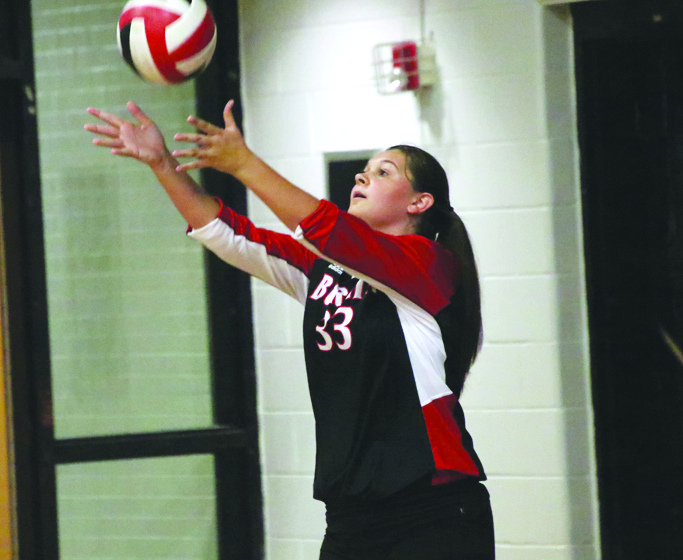 Burgin sophomore Brynn Simpson throws the ball up before a serve against Danville on Tuesday, Aug. 27. 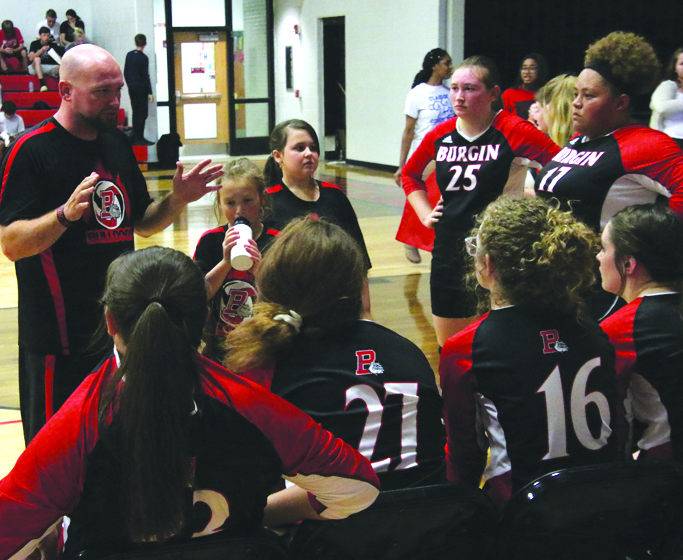 Burgin volleyball Head Coach Rick Stewart (left) talks to his team in between sets against Danville on Tuesday, Aug. 27.