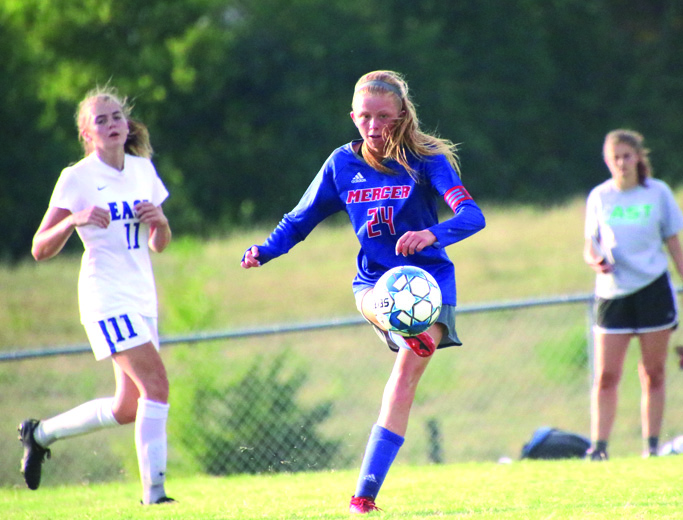 Mercer County junior Abby Dean looks for an open teammate on the right side of the field against East Jessamine on Wednesday, Aug. 21. Dean scored one of the Lady Titans’ four goals. (photo by Arpan Dixit)

After suffering a tough 7-1 loss to West Jessamine in their first game of the 2019 season, the Mercer County Lady Titans soccer team (1-1) rebounded in a big way, defeating their other district rival, East Jessamine (1-3), by a final score of 4-0 on Wednesday, Aug. 21.

The story of the game is the second-half goals scored by the Lady Titans, but their defense deserves a lot of credit too. East Jessamine wasn’t able to get a shot on goal in the first half and only managed to get three shots off the entire game.

“The past couple of days we’ve been talking more about our defensive unit, with everybody sticking together, and keeping that shape,” said Head Coach Josh Culver. “We were really trying to force the issue of keeping it compact, tight and moving together. We’ve been working on taking away space and our girls seemed to do a good job of that.”

Both teams struggled in the first half. Mercer County was able to get 11 shots off, nine of them on goal, but none of them ended up in the back of the net.

“I was happy with attacking the space and the shots we were able to get off,” said Culver. “It’s good to get that amount of shots in and just keep shooting. I know they’re frustrated with not scoring with that many opportunities, but we just tell them to keep shooting and eventually they will fall.”

After a scoreless first half, the second half provided a lot of excitement if you’re a supporter of the Lady Titans.

Eight minutes into the second period, junior Abby Dean (48’) broke the tie, scoring her first goal of the season.

Mercer County’s last three goals all came in the final 16 minutes of the game.

Junior Bella Garrett (64’) picked up a rebound in the box and easily put it in the back of the net, also scoring her first goal of the season, to give the Lady Titans a 2-0 lead.

Three minutes later, junior Erin Darland (67’) scored her first goal of her varsity career off an assist from Garrett. East Jessamine quickly saw the game get out of hand late.

Sophomore Love Mays (77’)  leaped and headed a ball in off a corner kick from sophomore Emma Kiernan with just three minutes left to play to round out the scoring for Mercer County.

“The first half was rough. We hadn’t practiced in a couple days prior to the game and I think it showed early,” said Culver. “I just feel like our touches were off and we were dribbling too much. I think we were trying to force too much and not let the ball and game just flow.”

Culver said the issue was addressed at half time and the Lady Titans came out with a much stronger second half, their best half of the early season.

“We started putting a little bit better tactical offensive drives together. I felt like the second half was a little bit more of a controlled offense,” said Culver.

Freshman goalkeeper Ryleigh Sipe earned her first clean sheet of the season and her career.

The Lady Titans will be back on the pitch Monday, Sept. 2, when they host the John Hardin Lady Bulldogs at 7:30 p.m. 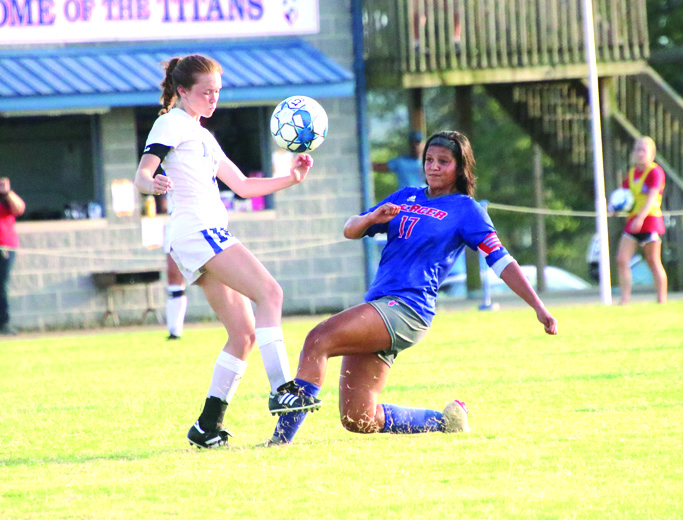 Mercer County junior Bella Garrett (right) battles for possession with East Jessamine’s Katie Turner on Wednesday, Aug. 21. Garrett had a goal and an assist in the Lady Titans’ victory. 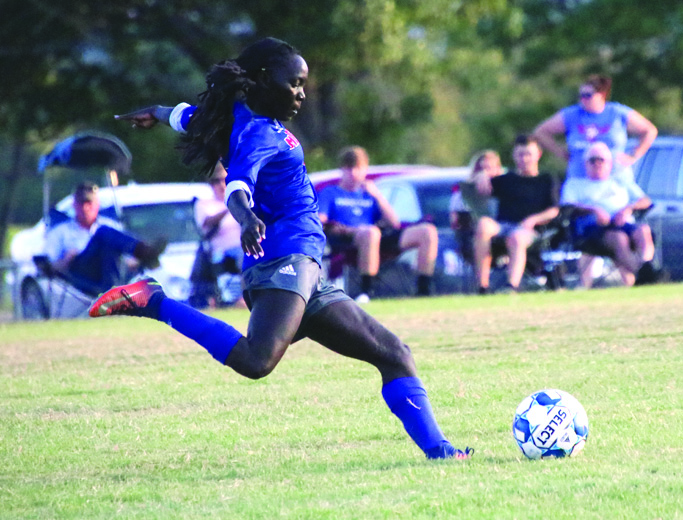 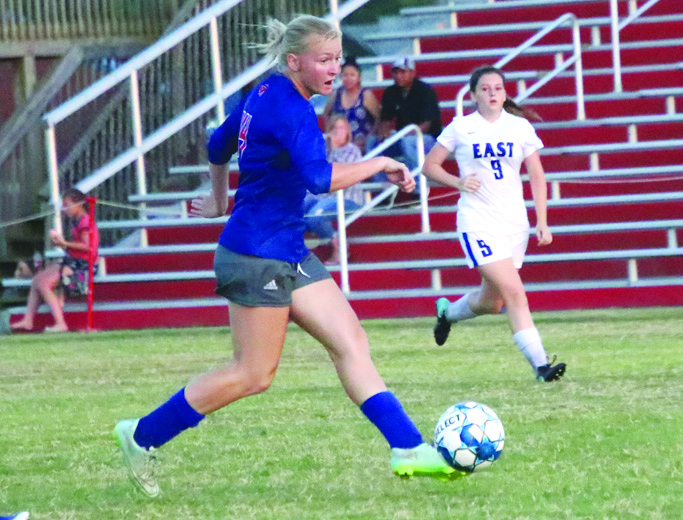