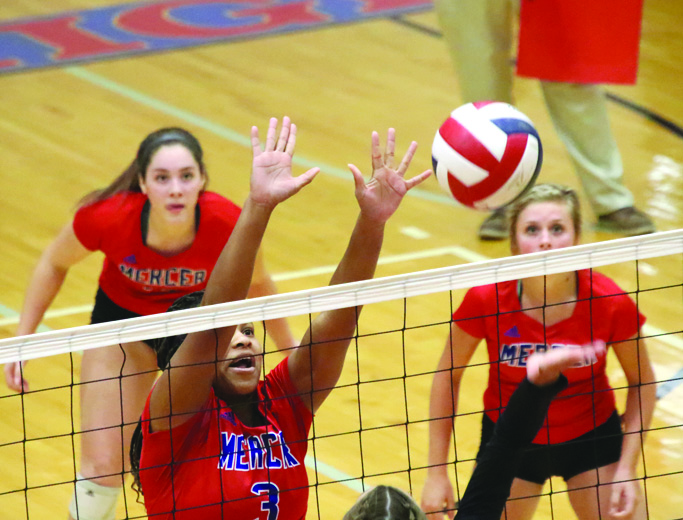 After defeating Casey County for their first win of the season on Monday, Aug. 19, the Mercer County Titans volleyball team (2-0) stayed perfect in a straight set victory over Boyle County on Tuesday, Aug. 20.

Senior Jaclyn Devine led the Titans in kills with 11. Senior Brinkley Prewitt led the team in  digs with 13 and sophomore Haven Six was the top passes, leading in assists with 22.

“It was an impressive win. We have a fun group of girls who want to get better everyday,” said Head Coach Lynn Flach. “It’s been a lot of fun to watch this group develop and improve. Last year, I was junior heavy. We didn’t have many seniors. It’s been exciting to see their improvement from last season.”

In the second set, it was all Mercer County. The Titans never faltered and Flach never used one timeout in the first two sets, and the whole game.

After back-to-back aces by Devine to give the Titans a 15-4 lead in the third set, Boyle County won five of the next six to make it 16-9. That was as close as they got in the final set as the Lady Titans won nine of the next 11 points to secure the victory.

The Titans have a little break before their next matchup. They will host district rival, West Jessamine, on Tuesday, Sept. 3.

“We just have to have consistency on our serves. We work on serves everyday in practice, but we can’t have our girls missing serves back-to-back,” said Flach. “When you’re in the excitement of the game, adrenaline takes over. It’s like making a free throw. We just have to keep practicing.”

This is the first time Mercer County has started out the season 2-0 since Flach started in 2016.

“We just want to keep building on this momentum we have to start the season and keep getting better each practice and each game,” said Flach. 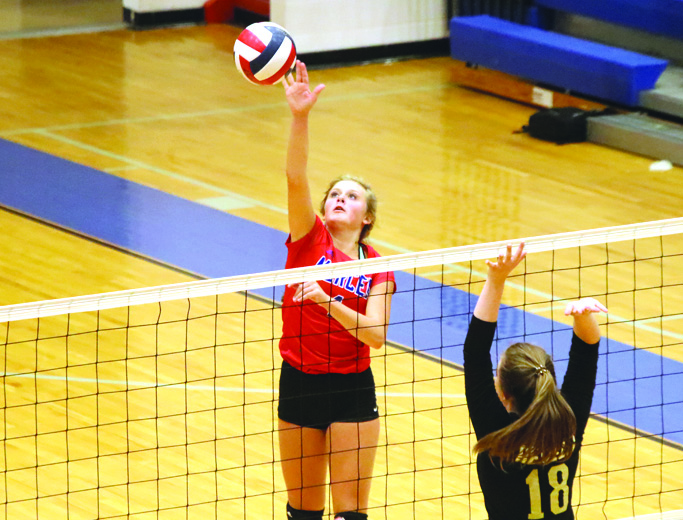 Mercer County senior Hannah Blevins goes for the kill in a straight set victory over Boyle County on Tuesday, Aug. 20. Blevins had seven digs and five kills in the Titan victory. 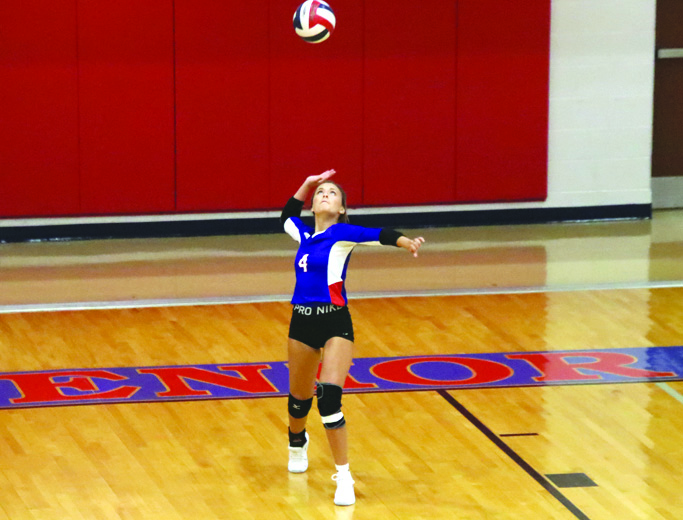 Mercer County senior Brinkley Prewitt serves it up during the second set against Boyle County on Tuesday, Aug 20. Prewitt had 13 digs and two aces against the Rebels. 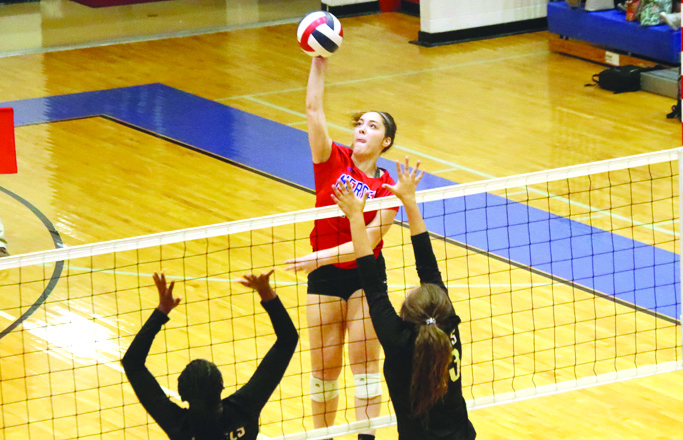 Mercer County senior Jaclyn Devine rises up for one of her team leading 11 kills against Boyle County on Tuesday, Aug. 20. Devine also had 10 digs in the win.