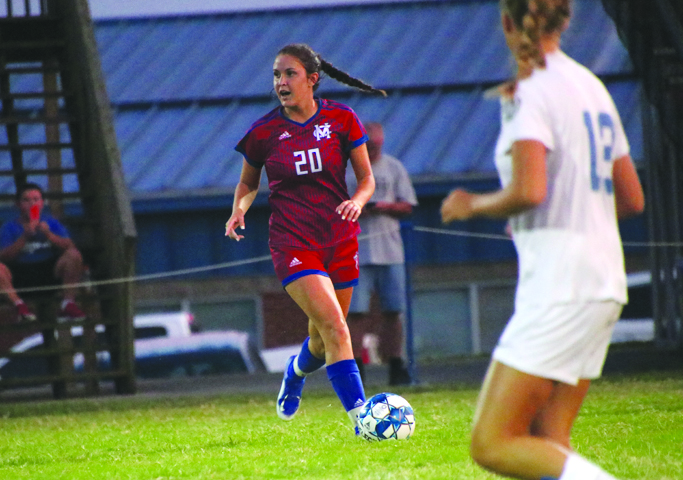 The first game of the 2019 soccer season for the Mercer County Lady Titans got underway on Monday, Aug. 12.

Different than year’s past, the Lady Titans started off their season by playing district rival West Jessamine, falling by a final score of 7-1.

The Lady Titans have a whole week off before facing another district rival, East Jessamine.

“It’s going to be nice to play in about a week and a half after our first game. It’ll give the girls time to rest and recover from injuries,” said Lady Titans Head Coach Josh Culver.

The Lady Titans had some key players on the sidelines for their first match. One of them is sophomore Maddie Angel, who was second on the team in scoring last season with six goals.

“That does mess with the dynamics a little bit, but overall, I think we played hard and tough. It just seems like West Jessamine is one step ahead and they just attack very well with speed, passing and moving the ball,” said Culver.

Mackenzie Tucker, a transfer from Woodford County, led the Colts with four goals. She scored the first goal of the game in the fourth minute on a lob from outside the box and scored again from the left side in the 18th minute to give West a 2-0 lead.

Audrey Henry capitalized on an opportunity in the 25th minute to give the Colts a 3-0 lead.

After trailing by three at halftime, the Lady Titans  came out more aggressive in the second half.

“They had us on our heals for most of the first half. We got a little more offense in the second half, and it paid off for us getting a goal. It’s just going to be very nice to get everybody healthy during this week off with no games.”

Sophomore Marlie Charles scored the only goal for Mercer County from outside of the box when West Jessamine all-state goalkeeper, Anna Rexford, was caught out of position. Charles connected on a strong shot from the left side of the box in the seventh minute of the second half.

Just as the Lady Titans thought they had shifted momentum in the early stages of the second half, West Jessamine scored again with Tucker earning a hat trick with 31 minutes left to play.

“Right now, we’re dealing with a significant amount of injuries. Does that come in play? Yes, but we can’t make excuses and just go play,” said Culver.

Caroline Absher scored two goals in the second half and Tucker added her fourth to round out the seven goals for the Colts.

One player that made a strong impression in her first ever varsity game was freshman goalkeeper for the Lady Titans, Ryleigh Sipe. Sipe made three diving saves and blocked a couple shots preventing West Jessamine from adding to their lead. Culver knows with more game experience, Sipe will get more comfortable out there on the pitch.

“She played well for us at the Bluegrass State Games and our preseason scrimmage. It is a lot, asking a freshman to play that position,” said Culver. “Because as a freshman, a lot of players feel like it’s on them. We’ve talked to her and told her that it’s on everybody, not just the keeper. She had a lot of good saves and a lot of good dives. We just have to work and get her more mentally prepared and that will come with time and more game experience. We have about 17 or 18 more games to go so as the season builds, I expect her and everybody else to keep building. It’s a new year, new team and where they go is up to them.”

The Lady Titans will be back on the pitch on Wednesday, Aug. 21, as they host the East Jessamine Lady Jaguars for another big district matchup at 7:30 p.m. 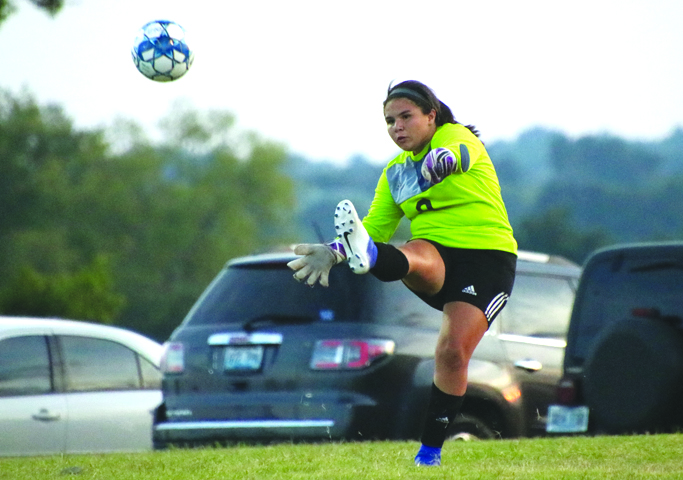 Mercer County freshman goalkeeper Ryleigh Sipe collects the ball for a save and punts the ball up field against West Jessamine on Monday, Aug. 12. 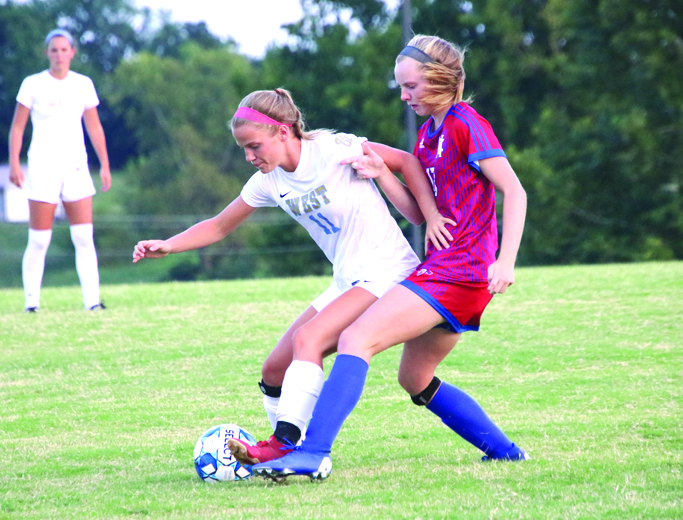 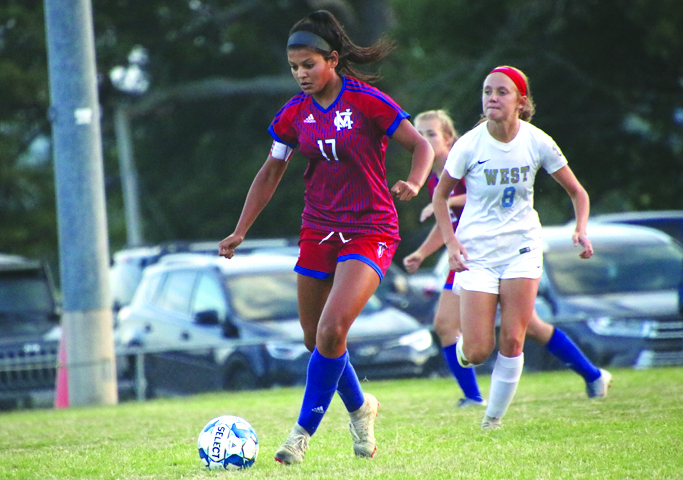 Mercer County junior Bella Garrett possesses the ball in the midfield and dribbles up field to start the attack against West Jessamine on Monday, Aug. 12. 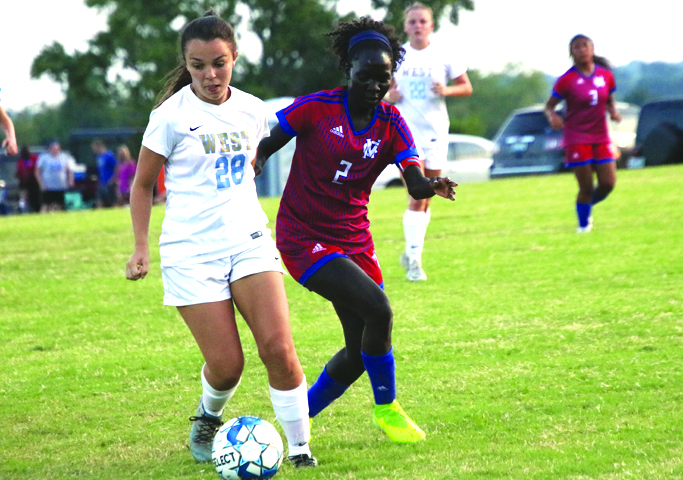