Flach: “As long as they step up and communicate with each other, we will be fine.” 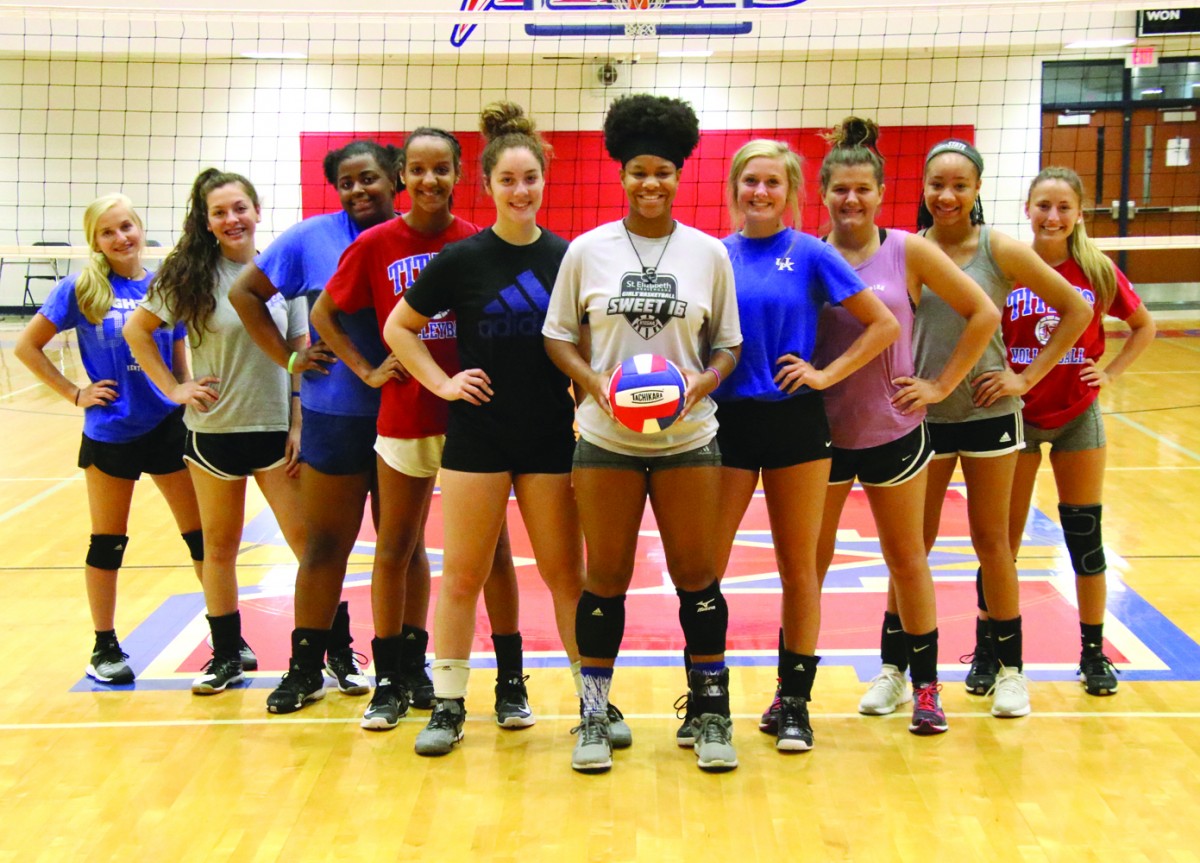 The 2019 volleyball season is upon us and the Mercer County Titans, led by fourth-year Head Coach Lynn Flach, look to make some noise this season with a senior-lead group after an early exit in last year’s 46th District Tournament.

“Tamara (Bartleson) was a defensive specialist for us and played the back row and she was really a good leader last season for us in terms of keeping the kids communicating and going. She did a great job of taking her role as a senior,” said Flach. “Tyanna (Smith) played the front row for us and her height was an intimidating factor to opponents.”

Listed below is the full roster for the Titans separated by grade.

The Titans finished the 2018 season at 7-19, but Flach has high hopes for this season because of a senior-heavy lineup.

Flach talked about improvements this group of seniors has made since last season and what she expects out of them heading into this season.

“I’ve seen a major improvement in their hitting and being able to put the ball down. Their blocking has improved tremendously this offseason,” she said.

Flach said this very well could be the best blocking team she has had in her four years at the helm.

Jaclyn Devine returns as one of the best players in not just the district, but the region as well.

“When Jacyln came in to the program, she was all power and very little control. After training with her for a few years, she has realized it’s not about power if you don’t have control,” said Flach. “Now, her consistency is on another level. Her all-around game has grown tremendously since her junior year.”

Expect Devine to rack up plenty of assists, kills and digs this season as her versatility can put her all over the floor.

Another senior, Zoë Yeast, returns for her second season of playing volleyball. Yeast played sparingly last year due to an injury, but Flach fully expects her to be ready and have a big impact in the front row in her second full season playing the sport.

“Her blocking and footwork has improved a lot since last year, her first year. It was starting to get there last year before her injury and her loss took a toll on us last year,” said Flach. “But she has started off really strong this year and she will be a really good front row player for us.”

The incoming freshmen class achieved a lot of success during their middle school careers and look to continue the momentum in high school.

Flach talked about the impact White, Piazza and Murphy can have on the varsity squad.

“They might not see the court a lot this year due to how many seniors we have, but what I love is that they have the skill ability to play at the varsity level,” she said. “So if one of my seniors is having a off game, I can very easily bring in one of our three freshmen to fill that void.”

White, Piazza and Murphy are no strangers to the high school program. They each competed on the freshmen squad as eighth graders.

“They have an idea of what to expect. My seniors this year have taken it up to another level from where they were last year,” said Flach. “Even the freshmen who played for me last year are taking everything in and learning everyday so it should be a fun season.”

Haven Six, a sophomore that had a really big impact last season is expected to be back in the starting lineup again this year.

“She’s one of my starting setters and what I have seen is that she is just gained a ton of strength,” said Flach.

Flach said Six struggled getting the ball to the outside with her sets and this year, she is handling that with ease.

“She’s just gotten stronger, she’s starting to mature and see more of the strategy part of the game and not just skill,” she said.

Flach said she plans to use Brinkley Prewitt as the labero.

“Brinkley can pass anything. Last year, I didn’t have another player to fill for an outside hitter so Brinkley had to take that position. This year, I do have that luxury, so I can leave her as the labero all the time,” said Flach.