Bugg: “I feel very blessed to be recognized by my alma mater” 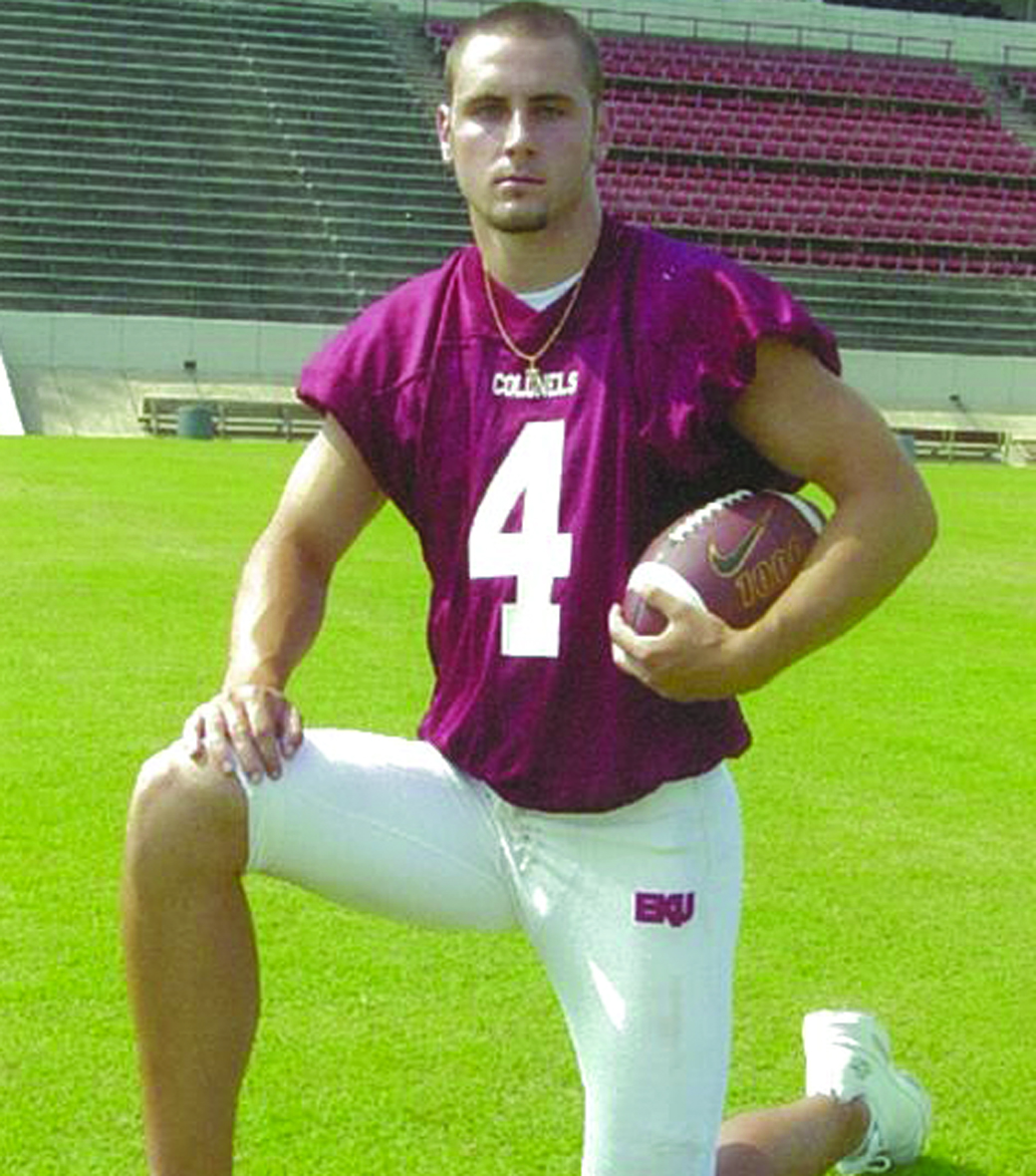 The Eastern Kentucky University Athletics Hall of Fame announced the 2019 inductees on Monday, July 8, and one former Harrodsburg High School Pioneer made the cut.

Patrick Bugg, who graduated from Harrodsburg High School (HHS) in 2002,  lettered in football and played tight end during his time at EKU, was a two-time All-American and became one of only seven players in EKU history to reach All-American status twice. Bugg also ranks ninth all-time at EKU in receiving yards with 1,856 and also 23 touchdown receptions.

“I feel very blessed to be recognized by my alma mater. It is an honor to have my name listed amongst some very talented men and women. EKU is a great university and I am proud to have gotten the opportunity to not only play football, but receive my degree,” said Bugg.

He earned his Bachelor’s degree in fitness and well management from EKU in 2007.

“There are so many coaches, trainers, faculty and most importantly teammates that made me receiving an award such as this one possible,” he said. “The guys I played alongside deserve all the credit in the world and I’m not in the hall of fame without them.”

Bugg said he wouldn’t be where he is without his roots in Harrodsburg.

“I am a proud member of the graduating class of 2002. I am a lifelong Pioneer and my time at HHS set the tone for my career as an athlete,” he said. “I had the opportunity to play for and with some amazing people throughout my career.”

The hall of fame class will be enshrined inside the Perkins Building on Saturday, Sept. 28. Tickets for the luncheon are $25 and can be purchased by calling the EKU ticket office at 859-622-2122 or contact Darian Westerfield at 859-622-5073. The deadline for registration is Friday, Sept. 20.

In his final season for the Colonels in 2006, the Harrodsburg native was part of a team that went 6-5, finishing with four straight wins to end the season, to secure EKU’s 29th consecutive winning season.

Bugg’s best game as a Colonel came against Western Carolina, where he finished with five catches for a career-high 118 receiving yards and two scores.

All the accolades and awards wouldn’t be possible without the support of his family, Bugg said.

“My mom, dad and brother have always been there for me as I pursued my athletic goals,” said Bugg. “They were in attendance for every game, home and away, and that was a great feeling having that support all the time. I have always been able to count on them.”

“I met my wife while attending EKU. I’m not where I am today without her love and support,” said Bugg.