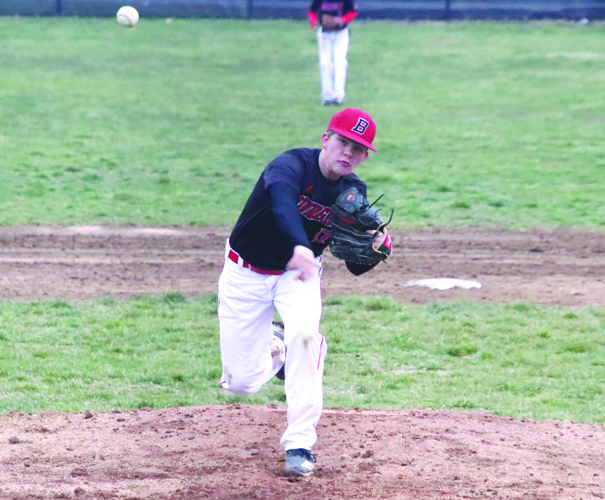 Hunter Reed was Burgin’s best pitcher this season as an eighth grader and also hit his first career home run this spring. (Photo by Arpan Dixit)

Reed, who will be a freshman this coming fall, has excelled on the basketball court and baseball field during his seventh and eighth grade years for the Bulldogs.

In basketball, Reed saw less time than he would on the baseball field, but still contributed in a big way, scoring 230 points in his seventh and eighth grade years combined.

His basketball coach, Don Irvine, who is now retired, had plenty of praise for the young star.

“I think his competitiveness and drive to win are on a higher level than a lot of kids we see locally at that age,” said Irvine. “I also think he plays and practices with a big motor as they say. He plays with an aggression and a passion every time I saw him compete, which is a valuable asset.”

Irvine said if he continues to work and compete like he knows he can, he can be a really special athlete.

“He still has a long way to go to maximize his abilities, such as improving his skill level and learning to play with pace, but he sure has a chance to be special. I found him just really fun to watch at times,” he said.

What Reed has done on the baseball field is even more impressive.

As a seventh grader, Reed earned two wins on the mound, striking out 36 batters to go along with a .390 batting average, 16 hits and 10 RBI.

In eighth grade, Reed had a break out year. He earned five wins on the mound, had 42 strikeouts, batted .468 with 36 hits, including his first career varsity home run and 27 RBI.

Reed’s baseball coach, Donnie Edwards, echoed what Irvine said about Reed and his strive to get better everyday.

“His athleticism and his competitive spirit is what separates him from his peers,” said Edwards. “He just wants to be the best and he excels at whatever position he plays on the field.”

Reed was nothing but thankful for the position he’s been in the past two years.

“Being in middle school and play on the varsity level just pushes me harder everyday to become the best that I can be,” said Reed. “I practice hard everyday, never give up on my goal and I wouldn’t be the player I am today without people around me pushing me to be the best player I can be. I wouldn’t be able to do any of this without the support of the community and my teammates.”

Reed hopes to continue his success as he enters his freshmen season.

“I just hope my coaches and teammates push me harder so I can take that next step,” he said.

Reed also gave praise to his head coaches, Irvine and Edwards, on his growth.

“How Coach Irvine and Coach Edwards have helped me a lot these last two years. The main thing is that they get on me during games and let me know when I do something wrong so I can correct it,” he said. “I’m just thankful they gave me an opportunity to play basketball and baseball on the varsity level.” 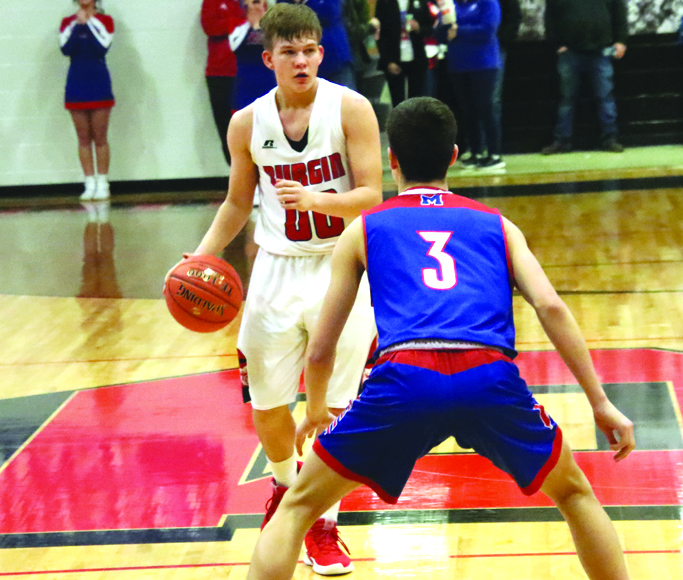 Reed also contributed mightily to the Burgin basketball team and has a bright future in both baseball and basketball. (Photo by Arpan Dixit)