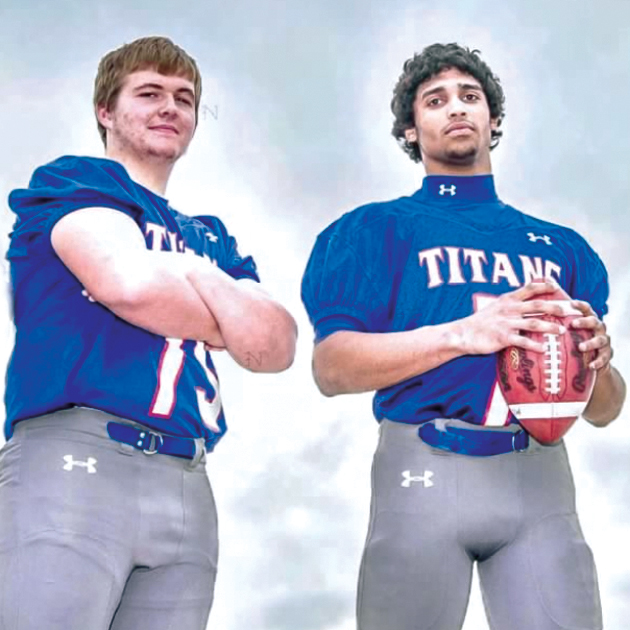 Photo Submitted/Advocate Messenger
Tommy Graig and Chris Crawley-Goodman were teammates in high school and they will work together under Head Coach David Buchanan to teach a new generation how to stand tall like a Titan.

Two familiar faces will be back on the Mercer County football sidelines in the fall.

Craig, a 2014 graduate of Mercer County High School, played on the offensive and defensive line during his years as a Titan.

“The ultimate decision to come back to Mercer County was an easy decision for me,” said Craig. “After being a part of the football program from little league through high school, I’ve noticed all the support from my coaches, teammates and community and being given the opportunity to come back to my home town and coach the next generation of Mercer County athletes will be an honor.”

Craig went on to play football at Kentucky State University, where he was a four-year starter on the offensive line, and also earned his bachelor’s and master’s degree.

“Coach Buchanan and everyone else on the staff made the process very welcoming for a new coach,” said Craig. “Coach Buchanan’s improvement with high school football, not only with the teams he has coached has been an inspiration to me. We were able to bond well through coaching clinics this spring. I feel the transition will go well when we start practice in July.” 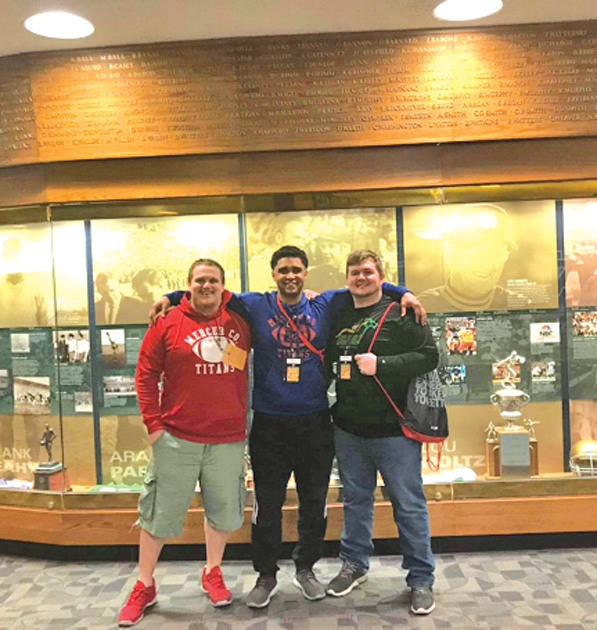 Craig will be coaching the offensive and defensive line for the Titans.

Crawley-Goodman, also a 2014 graduate of MCSH, played football and baseball during his time as a Titan.

After high school, Crawley-Goodman had a different path than most. He played baseball at Southeastern Community College in Iowa, studied at the University of Kentucky shortly after, played football at City College of San Francisco for one semester and returned home.

After returning home, Crawley-Goodman attended Kentucky State University and is expected to graduate in 2020. He is excited about getting the opportunity to coach kids in his hometown.

“Harrodsburg is my home. This is a program where I began to love the game. Football itself can teach a lot of life lessons,” said Crawley-Goodman. “My passion for the game has now shifted to a role in which I can only guide the youth. How they handle both the success and adversities that come with playing this game will shape who they are for the rest of their lives. To have the opportunity to go on that journey with kids that are sitting in the same classrooms, same locker room and same community that I grew up in is a blessing. That makes for an easy decision to come home.”

Crawley-Goodman said he has been keeping close tabs on the program ever since he graduated and helped with stats in 2018, and also has three younger brothers who are and were part of the program.

“I’ve been fortunate enough to see my three younger brothers come through this football program,” he said. “I spent a lot of time around Coach Buchanan coming back to check on them. He began to get in my ear about joining the staff back in the summer of 2018. After sitting on the idea of getting to come home and do something I am passionate about, I had to make a change. I told Coach Buchanan I wanted to talk a little more about it back in November.”

Crawley-Goodman and Buchanan had discussions ever since and eventually had a formal interview.

“It was a bit of a drawn out process, but at the end of the day I was very easily sold,” he said.

He will be coaching the running backs and defensive backs.

Buchanan had nothing but praise for Craig and Crawley-Goodman and is excited to have them a part of his staff heading into the 2019 season on the gridiron.

“I saw two guys that love Titan football and love our kids,” said Buchanan. “They believe our kids can be successful. Our community and kids really like them and it’s a perfect fit.”

He also talked about how fortunate it is to have two former Mercer athletes come back and coach the next generation.

“It’s very big for the same reasons I mentioned earlier, their love for the game, kids and community,” he said. “That group is going to continue to grow and that is a positive for our program, school and community.”