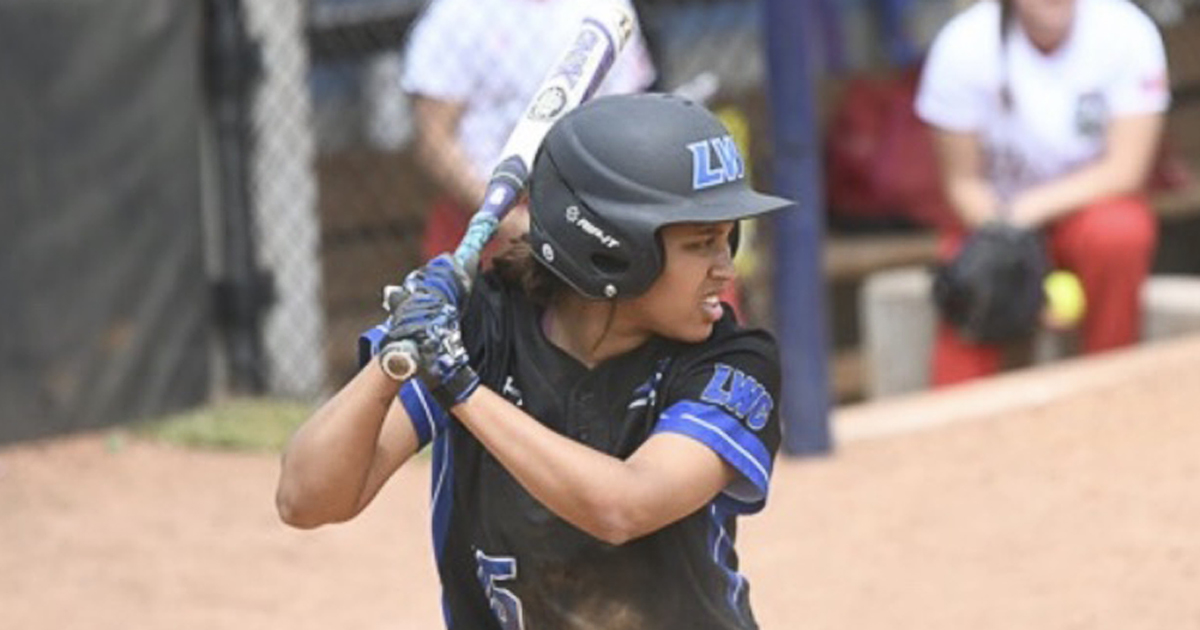 After an illustrious high school career which consisted of a state championship in basketball and a district championship in softball, former Lady Titan star Lyric Houston recently competed in the NAIA College World Series for Lindsey Wilson College.

The series took place from Thursday-Monday, May 23-27, in Springfield, MO.

After dropping their first game to Southern Oregon, the fifth-seeded Blue Raiders (50-4)defeated Vanguard and the University of Mobile to set up a clash with the first overall seed, the University of Science and Arts of Oklahoma.

Unfortunately, the Blue Raiders were eliminated from play, but that doesn’t take away from the season that Houston and her teammates had. Losing only five games out of 57 is something to be very proud of as a program, and Houston knows that.

“Playing on the biggest stage as a sophomore was very exciting,” said Houston. “I was very nervous the first game out there. There were so many people and so many other teams watching us. Way more than we’ve ever had. It was exciting to know we were one of the best teams and last teams still playing.”

Houston said playing college softball was everything she hoped it would be.

“Having to stay on a schedule and keep up with my classes during the spring time was an eye opener,” she said. “College softball is very different. You learn stuff you thought you already knew, but are different in game situations.”

Houston said she improved a lot going into her second year, mainly at the plate, showing discipline and learning to swing at the right pitches. After playing in the outfield her first year, she transitioned into the infield, where she has plenty of experience from her time as a Lady Titan.

“I noticed this year I was more picky in the box and I drew a lot more walks,” said Houston. “My swing was a lot smoother, I had more confidence and also switched positions which helped my versatility as a softball player.”

Houston said she improved as a softball player under the current coaching staff, who constantly challenge her and her teammates at each and every practice.

“They work endlessly with perfecting our swings and letting us have as many rounds of batting practice as we want or letting us take as many ground balls as we need no matter the time of day,” she said. “They want us to be the best and they know what it takes to get there and win it.”

Although the season didn’t end the way LWC and Houston wanted it to, the future is bright in Columbia, she said.

“We’re going to keep the same momentum because now we know what it takes to get there and we know we can get there,” said Houston. “We just have to stay hungry, keep up with everything over the summer and put in all the work we need through the fall to be better than we were this past year and season. We have a lot of returning players and we’ve been there before so we know what to do as a team and what we need to do individually to be the best for the team to get us back to the CWS and hopefully win it next season.”