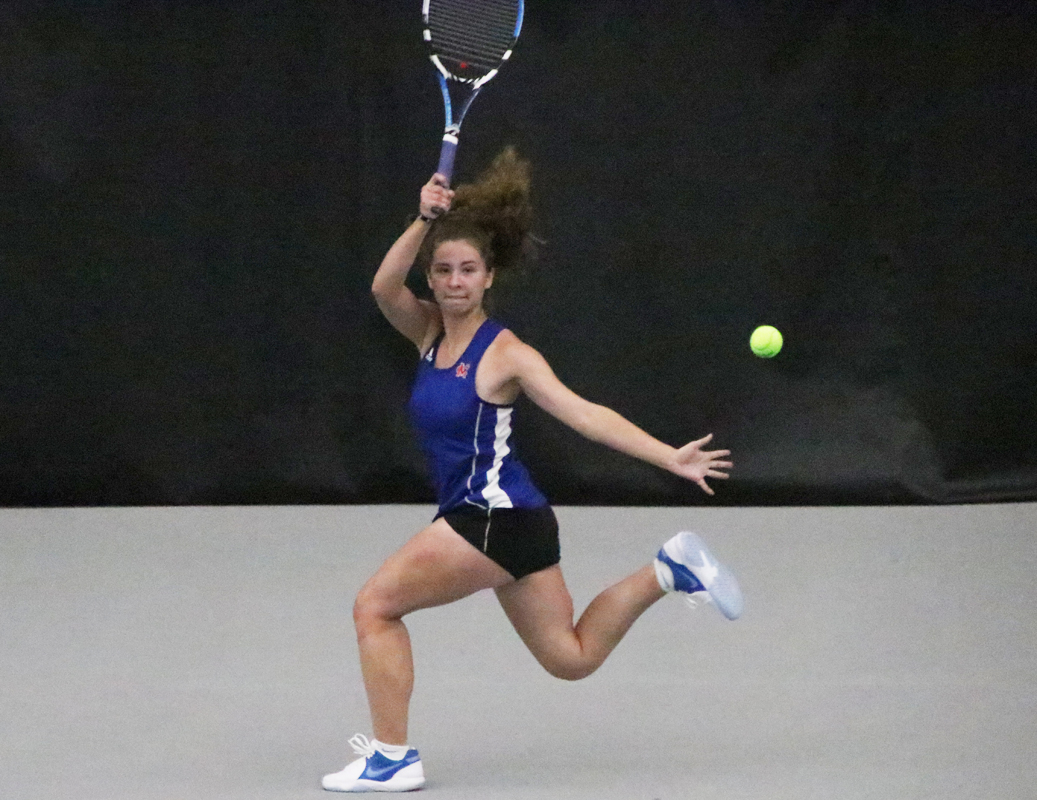 Sophomore Rebekah Trent returns a shot with her forehand at the KHSAA State Tennis Tournament on Thursday, May 30, at Top Seed Tennis Club in Nicholasville. (photo by Arpan Dixit)

“Winning in the first round was a very nice step forward for Rebekah (Trent). I thought she came out and played a very confident match, which set the tone for the match,” said Head Coach Nick Caton. “In the second round, I have to give her opponent all the credit in the world. Zureick was ranked as a top-10 player in the state and she showed that she was more than deserving of that ranking. She was extremely talented and had a combination of power and accuracy that you just don’t get the chance to go up against very often. Rebekah gave it everything she had, but just came up short. I’m just so proud of the way she competed.”

“The first round in the state tournament is really all about draws and Gracie (Caton) and Kiersten (Bryant) got a tough one, drawing the eventual state runner-up,” said Caton. “It was really unfortunate, but it does not take away from the amazing season the two of them had together. They knew going into the match that they were going to have to be flawless to even have a chance to win. I thought early in the match there were a couple of games that went to deuce and our advantage that we were unable to pull out that hurt us. If we would have been able to pull those out it may have changed the tone, but who knows, the team from North Oldham was very tough.” 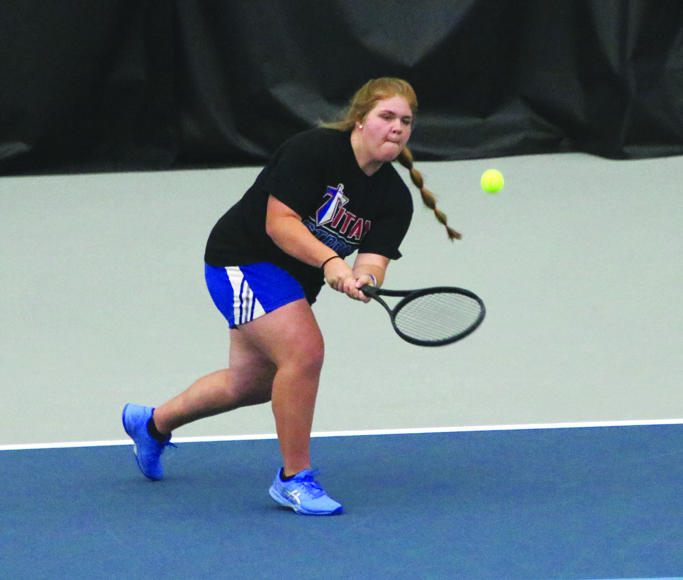 Mercer County junior Kiersten Bryant lunges for a backhand slice at the KHSAA Tennis State Tournament on Thursday, May 30, at Top Seed Tennis Club in Nicholasville. (photo by Arpan Dixit) 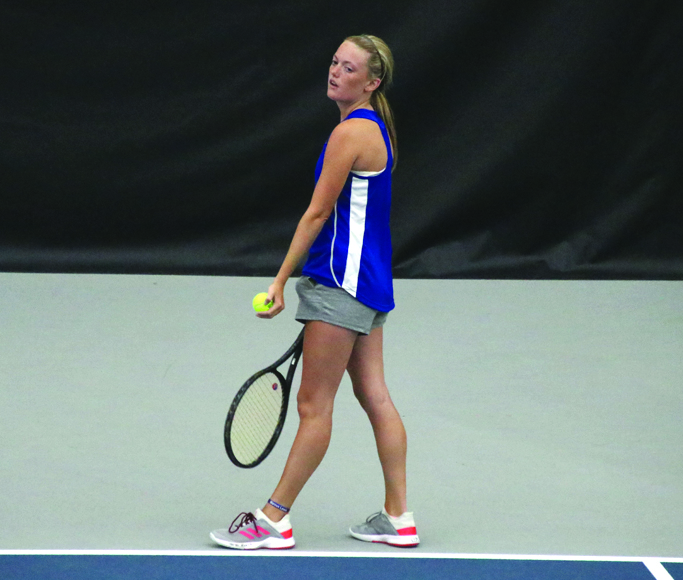 Mercer County senior Gracie Caton gets set to serve at the KHSAA Tennis State Tournament on Thursday, May 30, at Top Seed Tennis Club in Nicholasville. (photo by Arpan Dixit)