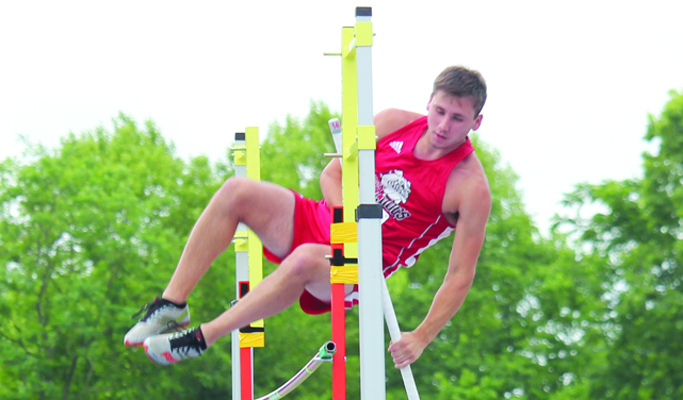 Burgin senior Daylan Vandiviere won the Class A Region 5 title in pole vault and placed 11th at the Class A state meet at the University of Kentucky on Thursday, May 30. (photo by Julia Weaber)

Three Burgin Bulldogs qualified for the Class A state meet at the University of Kentucky on Thursday, May 30.

Seniors Daylan Vandiviere and Ethan Kestler along with freshman Kenzie Humber all competed in the pole vault event for Burgin.

While Kestler and Humber didn’t place, Vandiviere placed 11th in the state (11 feet).

“It’s very exciting and an honor to be considered one of the top pole vaulters of my class with such great athletes,” said Vandiviere.”

He talked about what has made him a better athlete in his final year of eligibility.

“The encouragement of other athletes and coaches has helped push me a lot this season,” he said. “I was also given the opportunity to focus more on pole vaulting heading into this season.”

“Daylan (Vandiviere) did a great job and performed the way we had hoped,” said Hatfield. “He had some really strong vaults and increased his personal best from last year.”

“Kenzie (Humber) and Ethan (Kestler) had difficulty getting their starting heights. I think that’s where experience comes in and the knowledge of how to adjust the vaults helps. Considering they were both new to pole vaulting this season, it was a great accomplishment to be able to qualify whether at Regionals or an at-large bid,” said Hatfield. “The experience itself will benefit Kenzie going into next year’s track season. It makes me so proud of the work our pole vault coach, Bryan Vandiviere, put in to helping them find something they could try and succeed at the highest level. The goal is will always be making it to state to compete with the best.” 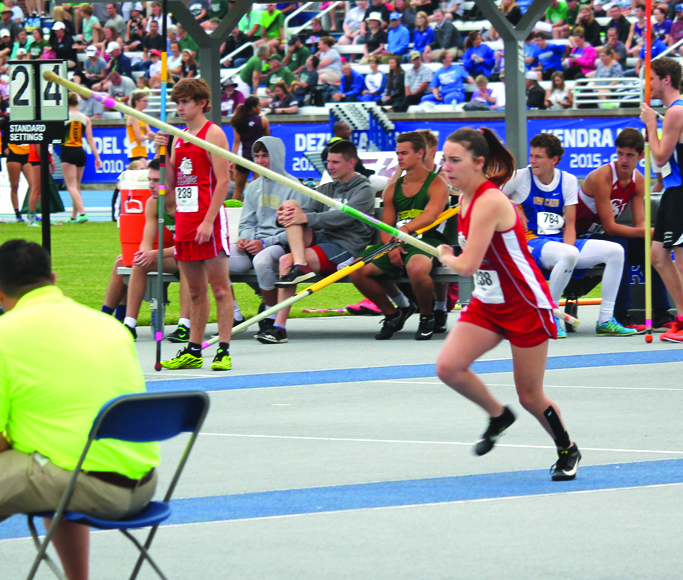 Burgin freshman Kenzie Humber gets a running start during the pole vault event at the Class A state meet on Thursday, May 30, at the University of Kentucky track. (photo by Julia Weaber) 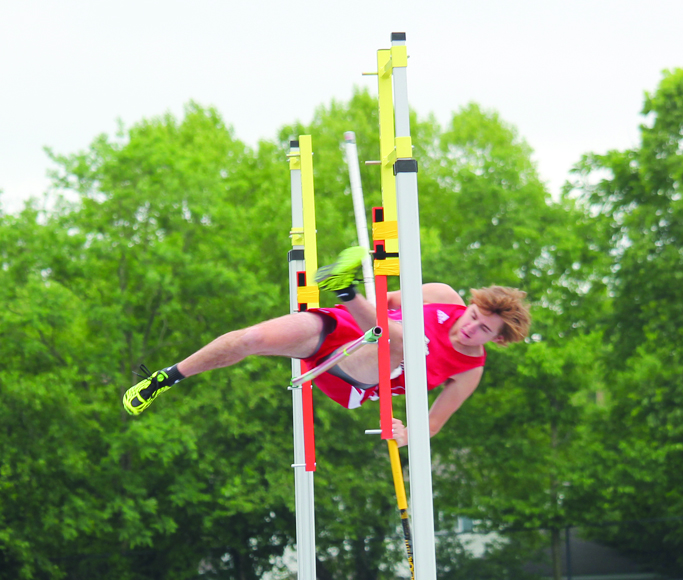 Burgin senior Ethan Kestler competed at the Class A state meet in the pole vault event on Thursday, May 30, at the University of Kentucky track. (photo by Julia Weaber)